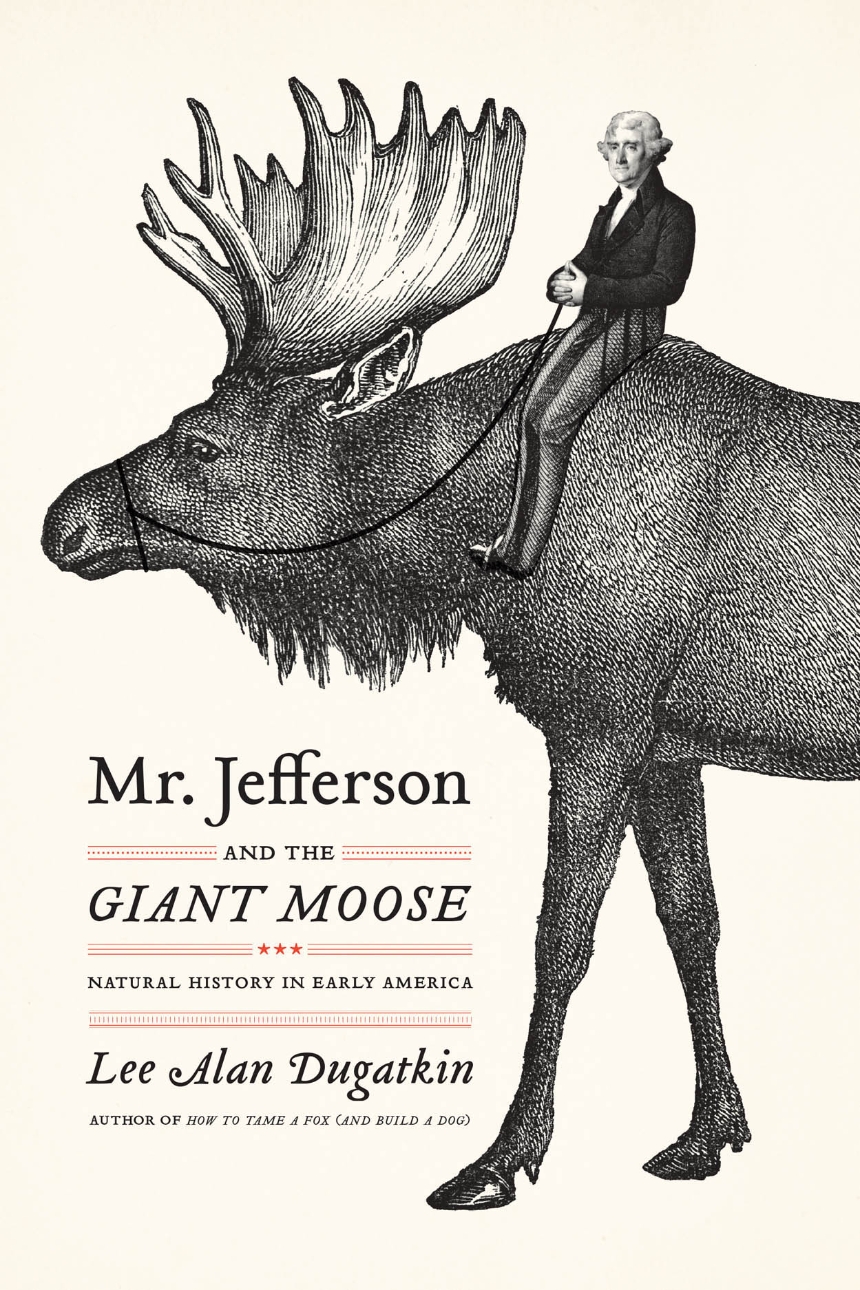 Mr. Jefferson and the Giant Moose

Mr. Jefferson and the Giant Moose

In the years after the Revolutionary War, the fledgling republic of America was viewed by many Europeans as a degenerate backwater, populated by subspecies weak and feeble. Chief among these naysayers was the French Count and world-renowned naturalist Georges-Louis Leclerc de Buffon, who wrote that the flora and fauna of America (humans included) were inferior to European specimens.

Thomas Jefferson—author of the Declaration of Independence, U.S. president, and ardent naturalist—spent years countering the French conception of American degeneracy. His Notes on Virginia systematically and scientifically dismantled Buffon’s case through a series of tables and equally compelling writing on the nature of his home state. But the book did little to counter the arrogance of the French and hardly satisfied Jefferson’s quest to demonstrate that his young nation was every bit the equal of a well-established Europe. Enter the giant moose.

The American moose, which Jefferson claimed was so enormous a European reindeer could walk under it, became the cornerstone of his defense. Convinced that the sight of such a magnificent beast would cause Buffon to revise his claims, Jefferson had the remains of a seven-foot ungulate shipped first class from New Hampshire to Paris. Unfortunately, Buffon died before he could make any revisions to his Histoire Naturelle, but the legend of the moose makes for a fascinating tale about Jefferson’s passion to prove that American nature deserved prestige.

In Mr. Jefferson and the Giant Moose, Lee Alan Dugatkin vividly recreates the origin and evolution of the debates about natural history in America and, in so doing, returns the prize moose to its rightful place in American history.

"A scrupulously researched and well-told narrative."

Preface: “A Moose More Precious Than You Can Imagine”

1.   “Dictatorial Powers of the Botanical Gentlemen of Europe”

4.   “Not a Sprig of Grass That Shoots Uninteresting”

5.   “Geniuses Which Adorn the Present Age”

8.   “Extracting the Tapeworm of Europe from Our Brain”