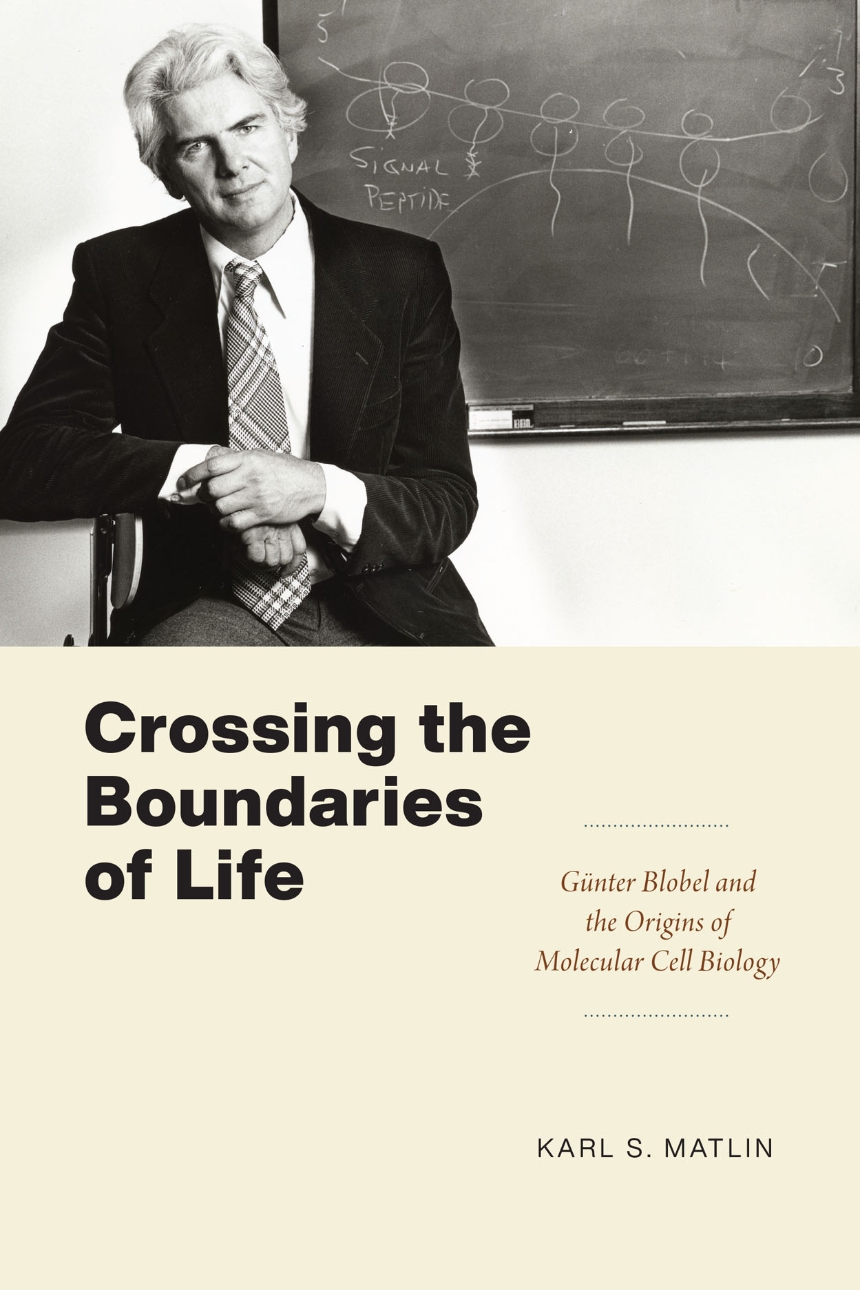 Crossing the Boundaries of Life

Günter Blobel and the Origins of Molecular Cell Biology

Crossing the Boundaries of Life

Günter Blobel and the Origins of Molecular Cell Biology

The difficulty of reconciling chemical mechanisms with the functions of whole living systems has plagued biologists since the development of cell theory in the nineteenth century. As Karl S. Matlin argues in Crossing the Boundaries of Life, it is no coincidence that this longstanding knot of scientific inquiry was loosened most meaningfully by the work of a cell biologist, the Nobel laureate Günter Blobel. In 1975, using an experimental setup that did not contain any cells at all, Blobel was able to target newly made proteins to cell membrane vesicles, enabling him to theorize how proteins in the cell distribute spatially, an idea he called the signal hypothesis. Over the next twenty years, Blobel and other scientists were able to dissect this mechanism into its precise molecular details. For elaborating his signal concept into a process he termed membrane topogenesis—the idea that each protein in the cell is synthesized with an "address" that directs the protein to its correct destination within the cell—Blobel was awarded the Nobel Prize in Physiology or Medicine in 1999.

Matlin argues that Blobel’s investigative strategy and its subsequent application addressed a fundamental unresolved dilemma that had bedeviled biology from its very beginning—the relationship between structure and function—allowing biology to achieve mechanistic molecular explanations of biological phenomena. Crossing the Boundaries of Life thus uses Blobel’s research and life story to shed light on the importance of cell biology for twentieth-century science, illustrating how it propelled the development of adjacent disciplines like biochemistry and molecular biology.

"Matlin charts new terrain in the history of the life sciences. His book is original, relevant, and provides a wealth of new stories and conceptual problems for the history and philosophy of cell and molecular biology. This exciting piece of scholarship covers a crucial episode of these sciences which merits scholarly attention. Matlin moves the field a step forward."

Part I. The Cytologist’s Dilemma
1. The Living Substance
2. The Membrane Boundary
3. Breakthroughs

Part II. From Cells to Molecules
4. The Endoplasmic Reticulum
5. The Signal Hypothesis
6. The Strange Case of the Signal Recognition Particle
7. Enemies, Real and Imagined
8. The Light at the End of the Tunnel

Part III. Form Redux
9. Topogenesis and Spatial Information
10. In Vitro Veritas?
11. Form, Context, and the Epistemic Strategy of Cell Biology
Epilogue. 1975 and All That
A Note on Sources
References