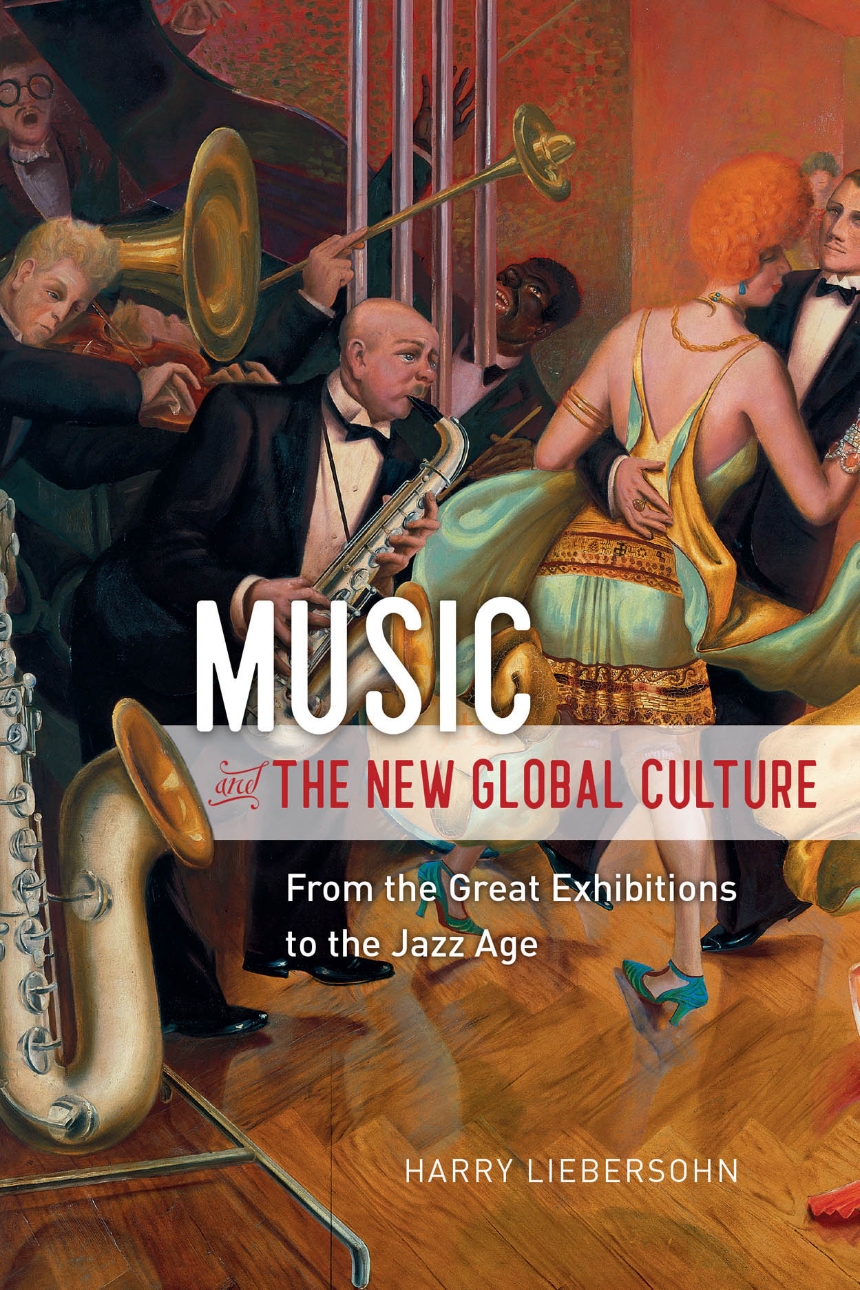 Music and the New Global Culture

From the Great Exhibitions to the Jazz Age

Music and the New Global Culture

From the Great Exhibitions to the Jazz Age

Music listeners today can effortlessly flip from K-pop to Ravi Shankar to Amadou & Mariam with a few quick clicks of a mouse. While contemporary globalized musical culture has become ubiquitous and unremarkable, its fascinating origins long predate the internet era. In Music and the New Global Culture, Harry Liebersohn traces the origins of global music to a handful of critical transformations that took place between the mid-nineteenth and early twentieth century. In Britain, the arts and crafts movement inspired a fascination with non-Western music; Germany fostered a scholarly approach to global musical comparison, creating the field we now call ethnomusicology; and the United States provided the technological foundation for the dissemination of a diverse spectrum of musical cultures by launching the phonograph industry. This is not just a story of Western innovation, however: Liebersohn shows musical responses to globalization in diverse areas that include the major metropolises of India and China and remote settlements in South America and the Arctic. By tracing this long history of world music, Liebersohn shows how global movement has forever changed how we hear music—and indeed, how we feel about the world around us.

"Anybody interested in the history of musicology, culture and imperialism, the recording industry, and cross-cultural encounters would be richer for reading this book."

“Liebersohn proves repeatedly that music is always already both national and cosmopolitan—that seemingly unitary musical practices, genres, and instruments are themselves products of global cultural encounters. Each encounter in this book raises different questions about music, technology, migration, cross-class and -cultural encounters. Just about every anecdote deftly interweaves musical history with personal biography and economic, institutional, academic, and imperial history. Music and the New Global Culture is not a book to skim. This reviewer is glad to have read it word for word, page by page.”

"This book will make a brilliant and lasting contribution to a global history of music, an emerging field of inquiry that has only begun to be explored by musicologists, ethnologists, and historians."

"Compellingly argued and genuinely entertaining. I would recommend it without reservations to colleagues in a wide variety of different fields."

"In Music and the New Global Culture, Liebersohn covers a vast range of topics. His erudition, his ability to connect seemingly disparate issues and combine and mold them into a cohesive narrative, distinguish him as an historian par excellence. He achieves his objective: 'to do justice to the complexity of global interactions and the arts.'"

"Liebersohn deserves praise for bringing music to the attention of historians as a crucial topic for the understanding of the global age."

"Liebersohn offers an esoteric study of how music became part of global commerce in late nineteenth and early twentieth centuries. The book establishes the lurching achievement of a small cadre of intrepid amateur researchers who took it upon themselves to explore comparative notions of musical pitch, scales, and notation. These enthusiasts analyzed collections of musical instruments without necessarily knowing how the instruments were played. . . . Later chapters explore the creation of artist representation as a viable occupation, the invention and marketing of newer technologies including the gramophone, and the beginnings of artist development by early recording companies to establish markets for recorded music. . . . Recommended."

“This latest book of Liebersohn’s is truly a labor of love, which finds expression in the author’s infinite curiosity about global sonic encounters. It is about worlds of sound, overlapping, colliding, rarely meeting, often clashing, and yet appreciated, studied, recorded, and performed. It is about the infusion of worldwide sonic cultures into the Western world and it presents an exquisite group of men and a few women who fought prejudice that was all the harder to overcome because soundscapes so intimately touch the senses.”

“With his trademark attention to characters, milieus, and technical details, the great cultural historian Liebersohn unfolds the overlaying maps of musical communication in the age of the phonograph. A rare pleasure to read, the book is at the same time a profound inquiry into the many ways in which cultural globalization not just happened but was creatively made by musicians, inventors, scholars, and entrepreneurs.”

Jürgen Osterhammel, Freiburg Institute for Advanced Studies, author of "The Transformation of the World: A History of the Nineteenth Century"

3 Sound in Historical Time
4 Scales around the World
5 Is It Noise, or Is It Music?
6 Music’s Global Archive

7 Phonographs around the World
8 Americans Abroad: Innocents and Transnationals
9 A Global Empire of Sound
10 Commerce versus Culture