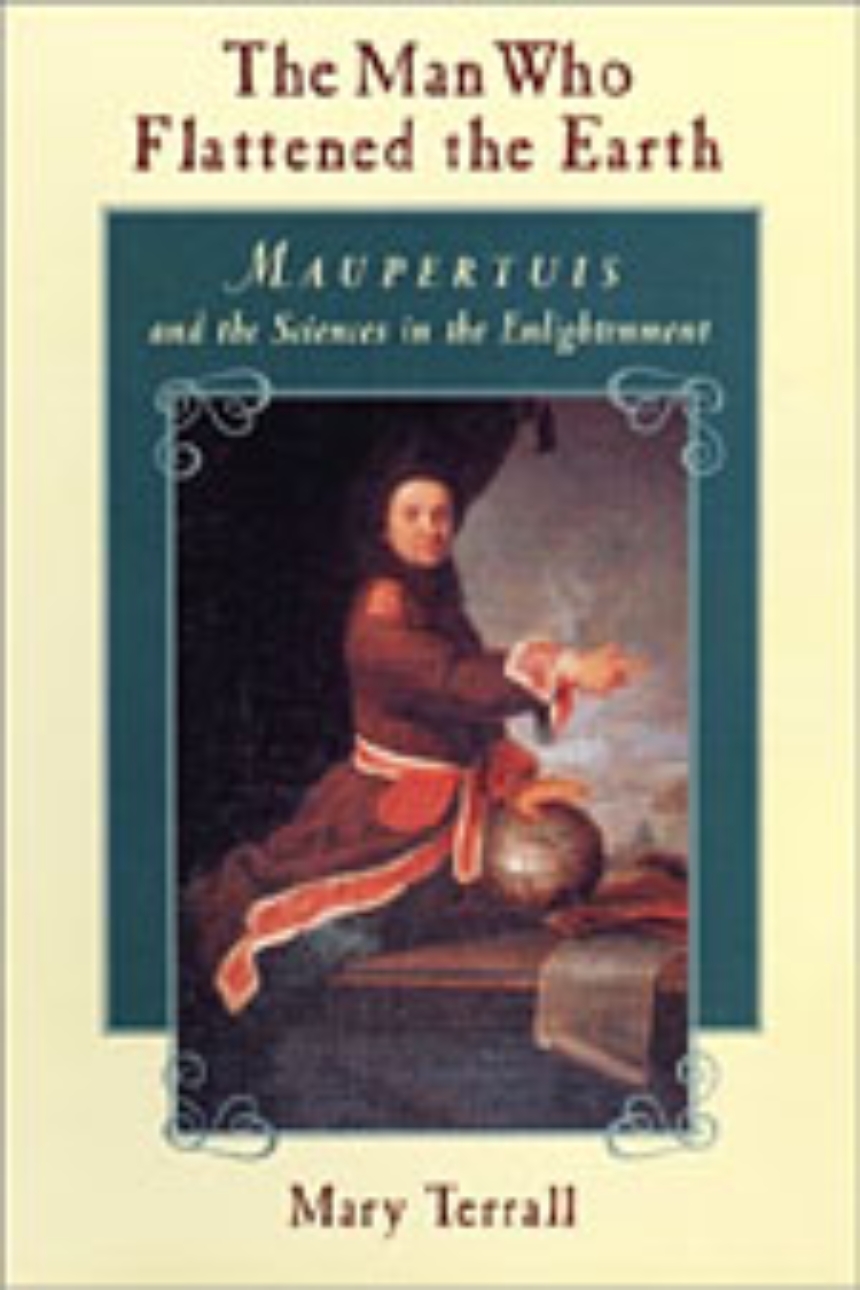 The Man Who Flattened the Earth

Maupertuis and the Sciences in the Enlightenment

The Man Who Flattened the Earth

Maupertuis and the Sciences in the Enlightenment

Self-styled adventurer, literary wit, philosopher, and statesman of science, Pierre-Louis Moreau de Maupertuis (1698-1759) stood at the center of Enlightenment science and culture. Offering an elegant and accessible portrait of this remarkable man, Mary Terrall uses the story of Maupertuis’s life, self-fashioning, and scientific works to explore what it meant to do science and to be a man of science in eighteenth-century Europe.

Beginning his scientific career as a mathematician in Paris, Maupertuis entered the public eye with a much-discussed expedition to Lapland, which confirmed Newton’s calculation that the earth was flattened at the poles. He also made significant, and often intentionally controversial, contributions to physics, life science, navigation, astronomy, and metaphysics. Called to Berlin by Frederick the Great, Maupertuis moved to Prussia to preside over the Academy of Sciences there. Equally at home in salons, cafés, scientific academies, and royal courts, Maupertuis used his social connections and his printed works to enhance a carefully constructed reputation as both a man of letters and a man of science. His social and institutional affiliations, in turn, affected how Maupertuis formulated his ideas, how he presented them to his contemporaries, and the reactions they provoked.

Terrall not only illuminates the life and work of a colorful and important Enlightenment figure, but also uses his story to delve into many wider issues, including the development of scientific institutions, the impact of print culture on science, and the interactions of science and government. Smart and highly readable, Maupertuis will appeal to anyone interested in eighteenth-century science and culture.

“Terrall’s work is scholarship in the best sense. Her explanations of arcane 18th-century French physics, mathematics, astronomy, and biology are among the most lucid available in any language.”—Virginia Dawson, American Historical Review

“Terrall’s work covers the vast range of Maupertuis’ interests by situating him in the thicket of the republic of letters. . . . She sees that Maupertuis promoted a public science in those fashionable circles in which one might have encountered the Encyclopedistes. But more importantly, Terrall reveals how it is that the expanding audience was increasingly important—as much as established role of academies and kings—in legitimizing the investigation of nature.”

List of Illustrations
Acknowledgments
List of Abbreviations
A Note on Translations
1. Portrait of a Man of Science
2. From Saint-Malo to Paris
3. Mathematics and Mechanics in the Paris Academy of Sciences
4. The Expedition to Lapland
5. The Polemical Aftermath of the Lapland Expedition
6. Beyond Newton and on to Berlin
7. Toward a Science of Living Things
8. The Berlin Academy of Sciences
9. Teleology, Cosmology, and Least Action
10. Heredity and Materialism
11. The Final Years
Bibliography
Index
Back to top