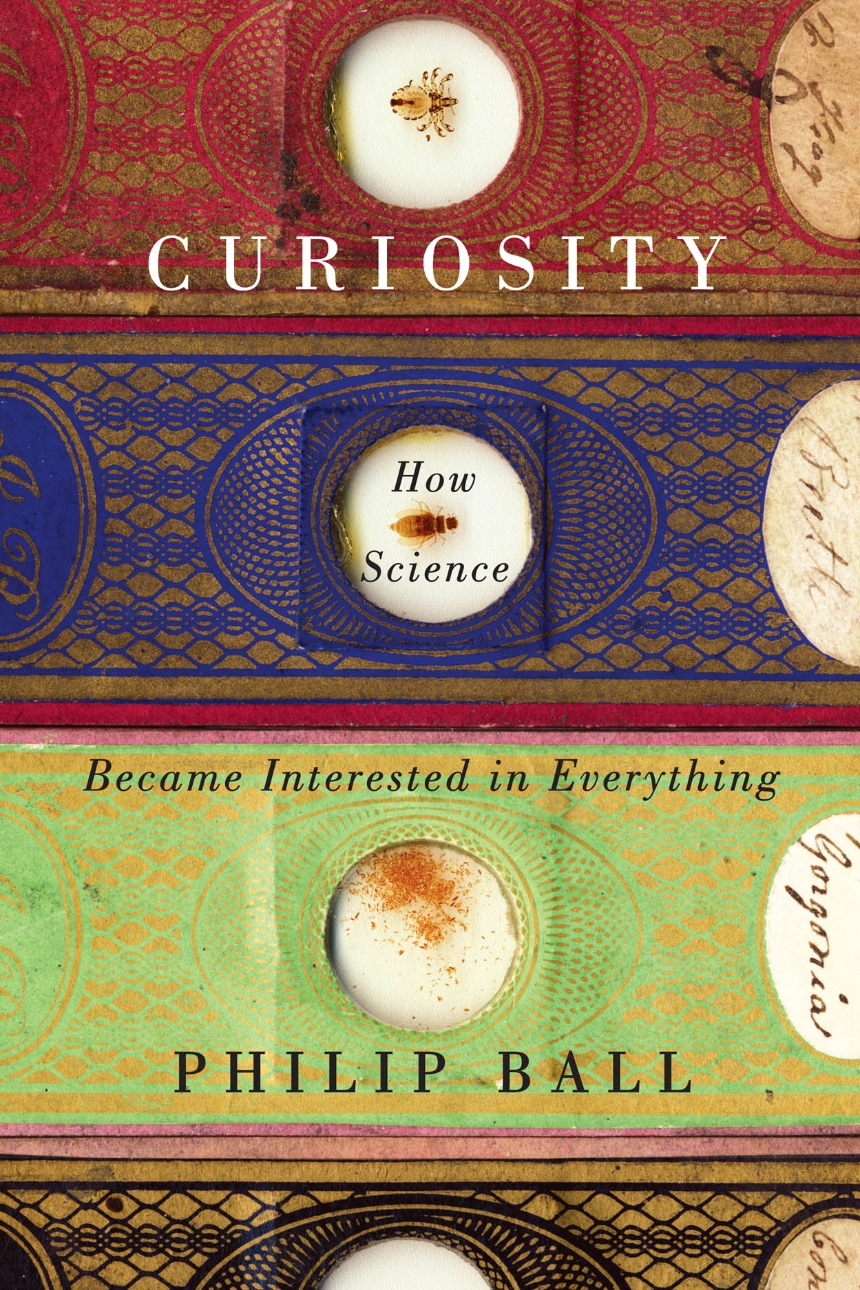 With the recent landing of the Mars rover Curiosity, it seems safe to assume that the idea of being curious is alive and well in modern science—that it’s not merely encouraged but is seen as an essential component of the scientific mission. Yet there was a time when curiosity was condemned. Neither Pandora nor Eve could resist the dangerous allure of unanswered questions, and all knowledge wasn’t equal—for millennia it was believed that there were some things we should not try to know. In the late sixteenth century this attitude began to change dramatically, and in Curiosity: How Science Became Interested in Everything, Philip Ball investigates how curiosity first became sanctioned—when it changed from a vice to a virtue and how it became permissible to ask any and every question about the world.
Looking closely at the sixteenth through eighteenth centuries, Ball vividly brings to life the age when modern science began, a time that spans the lives of Galileo and Isaac Newton. In this entertaining and illuminating account of the rise of science as we know it, Ball tells of scientists both legendary and lesser known, from Copernicus and Kepler to Robert Boyle, as well as the inventions and technologies that were inspired by curiosity itself, such as the telescope and the microscope. The so-called Scientific Revolution is often told as a story of great geniuses illuminating the world with flashes of inspiration. But Curiosity reveals a more complex story, in which the liberation—and subsequent taming—of curiosity was linked to magic, religion, literature, travel, trade, and empire. Ball also asks what has become of curiosity today: how it functions in science, how it is spun and packaged for consumption, how well it is being sustained, and how the changing shape of science influences the kinds of questions it may continue to ask.
Though proverbial wisdom tell us that it was through curiosity that our innocence was lost, that has not deterred us. Instead, it has been completely the contrary: today we spend vast sums trying to reconstruct the first instants of creation in particle accelerators, out of a pure desire to know. Ball refuses to let us take this desire for granted, and this book is a perfect homage to such an inquisitive attitude.

“Philip Ball’s fascinating book revels not just in the experiments of these early scientists, but also in their humanity, foibles and passions. Curiosity may lead us down blind alleys as often as it enlightens, but Ball shows that it is a vital part of what makes us human.”

“Curiosity emerges as a first-rate popular account of how science in Europe began. Accurate, witty, and reliable, the book ably shows modern readers how we got to be modern. Philip Ball adeptly sketches the virtuoso sensibility: a combination of intellectual nosiness and experimental dexterity plus the belief that, as he writes, ‘to understand everything, you could start from anywhere.’”

“Curiosity is a wonderful book that revises popular assumptions about the Scientific Revolution with great wit and insight. . . . Philip Ball wants to retain the excitement and fervor that drove scientific curiosity from the seventeenth century onwards and celebrate the ‘love, the awe, the passion’ that scientists feel but repress in their research because of the curious history of scientific experimentation. In this, Ball distinguishes himself as unquestionably one of our finest—and most curious—writers on the history and future of science."

“Offers a wide-ranging account of what used to be called the scientific revolution—a term that historians of science now tend to use at arm’s length, wrapping it in quotation marks, for fear of sounding simplistic (or, even worse, triumphalist). Almost everyone of importance between Copernicus and Newton is discussed here, and a great deal of information is imparted in a user-friendly and thought-provoking way.”

“A wonderfully nuanced and wise study of the scientific revolution. . . . Philip Ball shows that there wasn’t just one kind of science in the 17th century: Bacon, Galileo, Boyle and Newton were all doing different things, appropriate to their respective disciplines.”

“To explain the shift that transformed curiosity from a dangerous temptation to a praiseworthy motivation, Ball revisits the intellectually restless lives of great scientists across the centuries, including Copernicus, Kepler, Galileo, and Newton. But readers soon learn that the work of investing curiosity with a new and positive value also involved astrologers, magicians, courtiers, and mystics. . . . As the story of how a strange coalition of revolutionaries defied traditional restraints on the hunger for new knowledge, Ball’s history of curiosity tells readers much about the dangerous adventure of being a modern human.”

"Philip Ball possesses the gift of making complicated topics compelling and understandable. A substantial work in the history of science, this engaging title should appeal to serious readers, both academic and armchair.”

“When we think of curiosity as a motivator for research, quirky or otherwise, we’re assuming a modern definition for the term, something along the lines of ’a desire to know or learn.’ And one of the first things we discover in Philip Ball’s engaging, meticulously detailed and abundantly entertaining history Curiosity: How Science Became Interested in Everything is that the word has had many connotations through the ages. . . . This book [is] a joyful feast for the curious among us.”

“An entertaining and thorough narrative. . . . I highly recommend Curiosity for anyone interested in science.”

“In Curiosity: How Science Became Interested in Everything, the science writer Ball, a former editor at Nature, reveals how curiosity, combined with wonder, has driven the scientific enterprise since the seventeenth century, and how the ever-transmuting nature of curiosity shifted the practice of science to the highly specialized and impersonal activity that it is perceived as today. Ball traces the intellectual history of curiosity, from the Renaissance cabinets of curiosity to the Large Hadron Collider at CERN that harks back to a view of nature as holding secrets that must be teased out with experimental apparatuses. He shows how curiosity went from being seen as a vice in medieval Catholic Europe, to a shallow form of inquisitiveness that inspired learned societies like the London philosophical club, and then, in the latter half of the sixteenth century, got recast as a virtue. Changes in the notion of curiosity from vice to virtue, he argues, have gone hand in hand with the development of empirical methods in science.”

“The book is well-documented and exciting, driving the reader to unexpected vistas.  His clever approach to complex scientific concepts is hypnotizing, directing our intellectual selves to fresh ideas and new horizons.  This book must be read and appreciated.”