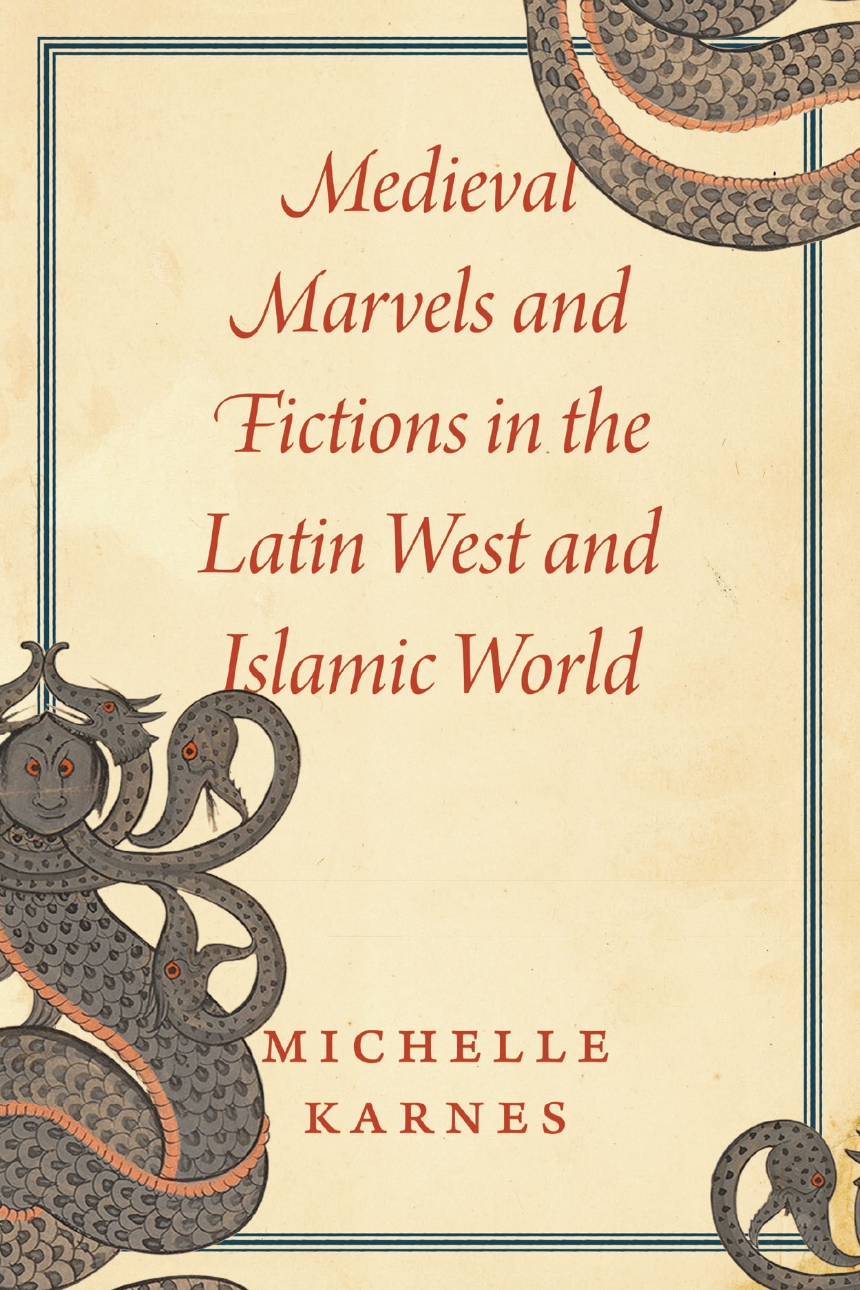 Medieval Marvels and Fictions in the Latin West and Islamic World

Medieval Marvels and Fictions in the Latin West and Islamic World

A cross-cultural study of magical phenomena in the Middle Ages.

Marvels like enchanted rings and sorcerers’ stones were topics of fascination in the Middle Ages, not only in romance and travel literature but also in the period’s philosophical writing. Rather than constructions of belief accepted only by simple-minded people, Michelle Karnes shows that these spectacular wonders were near impossibilities that demanded scrutiny and investigation.

This is the first book to analyze a diverse set of writings on such wonders, comparing texts from the Latin West—including those written in English, French, Italian, and Castilian Spanish —with those written in Arabic as it works toward a unifying theory of marvels across different disciplines and cultures. Karnes tells a story about the parallels between Arabic and Latin thought, reminding us that experiences of the strange and the unfamiliar travel across a range of genres, spanning geographical and conceptual space and offering an ideal vantage point from which to understand intercultural exchange. Karnes traverses this diverse archive, showing how imagination imbues marvels with their character and power, making them at once enigmatic, creative, and resonant. Skirting the distinction between the real and unreal, these marvels challenge readers to discover the highest capabilities of both nature and the human intellect. Karnes offers a rare comparative perspective and a new methodology to study a topic long recognized as central to medieval culture.

“Few scholars of medieval Europe have sought to put the body of writings on marvels produced in the Latin West in dialogue with currents in Arabic letters. Karnes navigates this terrain with sophistication and erudition. The breadth is stunning, and the comfort and ease that Karnes exhibits throughout a broad swath of intellectual endeavors are truly remarkable. This will be a vital work for students and scholars of intellectual history for years to come. We need more scholarship just like this: willing to take risks, to explore distant terrain, and to open new conversations.”

“This is an excellent and refreshingly new account of the marvelous in medieval cultures. Karnes approaches marvels as a philosophical problem. Whether natural or invented, a marvel arouses wonder because of its liminal status as a rare, implausible, yet not impossible event or object. A particular strength is that Karnes goes beyond treating Arabic philosophy and literature as ‘influences’ on the West and works directly with the Arabic sources.”