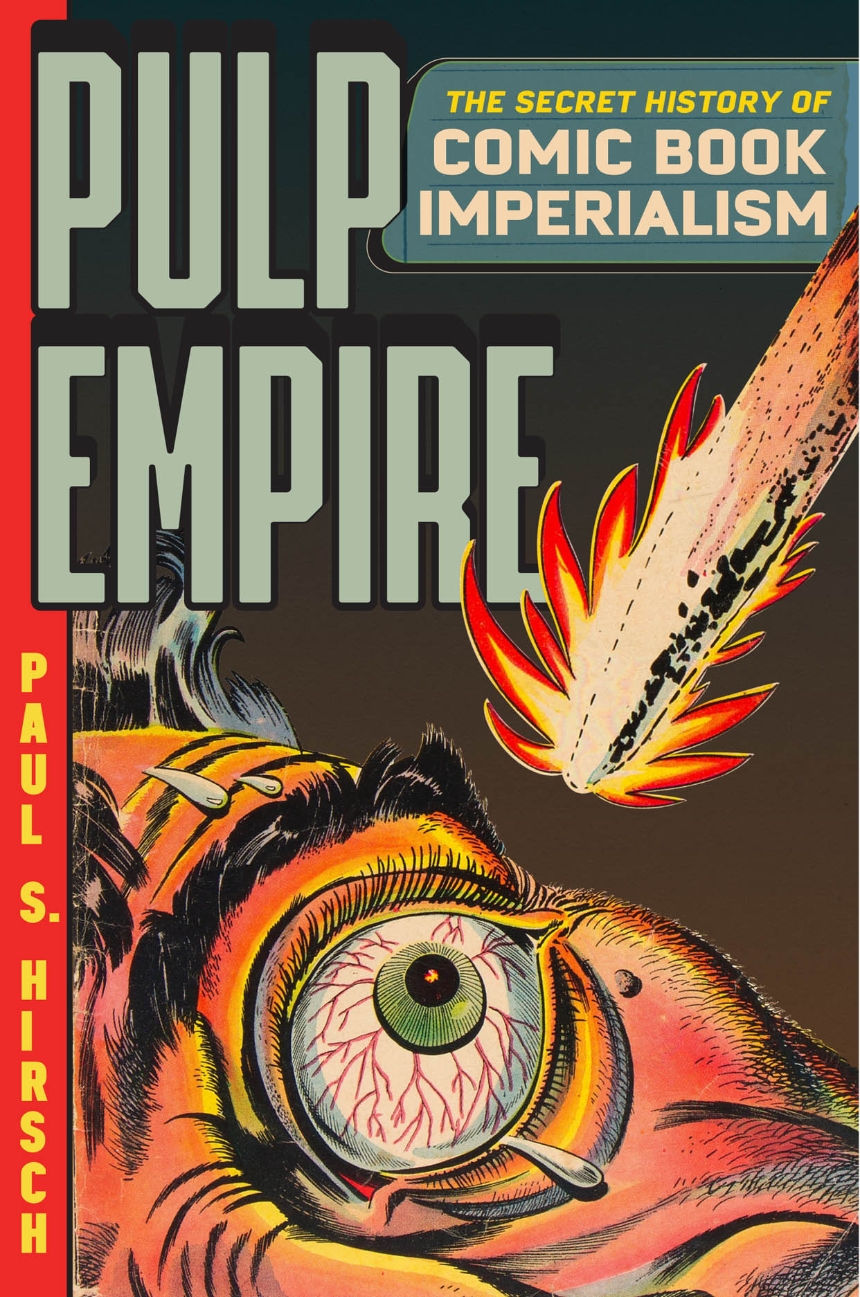 In the 1940s and ’50s, comic books were some of the most popular—and most unfiltered—entertainment in the United States. Publishers sold hundreds of millions of copies a year of violent, racist, and luridly sexual comics to Americans of all ages, until a 1954 Senate investigation led to a censorship code that nearly destroyed the industry. But this was far from the first time the US government actively involved itself with comics—it was simply the most dramatic manifestation of a long, strange relationship between high-level policy makers and a medium that even artists and writers often dismissed as a creative sewer. In Pulp Empire, Paul S. Hirsch uncovers the gripping untold story of how the US government both attacked and appropriated comic books to help wage World War II and the Cold War, promote official—and clandestine—foreign policy, and deflect global critiques of American racism.

As Hirsch details, during World War II—and the concurrent golden age of comic books—government agencies worked directly with comic book publishers to stoke hatred for the Axis powers while simultaneously attempting to dispel racial tensions at home. Later, as the Cold War defense industry ballooned—and as comic book sales reached historic heights—the government again turned to the medium, this time trying to win hearts and minds in the decolonizing world through cartoon propaganda.

Hirsch’s groundbreaking research weaves together a wealth of previously classified material, including secret wartime records, official legislative documents, and caches of personal papers. His book explores the uneasy contradiction of how comics were both vital expressions of American freedom and unsettling glimpses into the national id—scourged and repressed on the one hand and deployed as official propaganda on the other. Pulp Empire is a riveting illumination of underexplored chapters in the histories of comic books, foreign policy, and race.

“I’ll be frank: I love this book. Hirsch’s writing is crisp and exciting and it’s a joy to see the history of comic books and the Cold War United States told from such a fresh angle. This fun, sharp book is one I’ll be thinking about for a while.”

Daniel Immerwahr, author of How to Hide an Empire: A History of the Greater United States

“Every so often, a single book changes our understanding of an entire topic. Hirsch’s brilliant, artfully written Pulp Empire does that for mid-twentieth-century American studies. The billions of comic books that rolled off American presses and circumnavigated the globe in the 1940s and ’50s reveal significant unexplored aspects of American society, politics, and foreign policy. While Hirsch’s spectacular research introduces American historians to a new field of study, his elegant writing invites a broad audience to read this unique and beautifully produced book.”

“It has been a long time since I read a history of comic books that genuinely brought significant new issues and sources to the table. Pulp Empire is such a book—smart, lively, and well-written. Hirsch positions the early decades of the American comic book in a global context and illuminates the anxieties this powerful new form of popular culture inspired not only in parents and cultural critics but also in government officials and world leaders.”

Jared Gardner, author of Projections: Comics and the History of Twenty-First-Century Storytelling

"As Hirsch outlines in Pulp Empire, comics have always been entwined with capitalism, race, and foreign policy. . . . Hirsch makes an important inroad into not only understanding the cultural politics of the Cold War, but in the forces that led to the omnipresence of comic book motifs in the present."

1 This Is Our Enemy

2 The Wild Spree of the Laughing Sadist

Conclusion: The Ghosts among Us