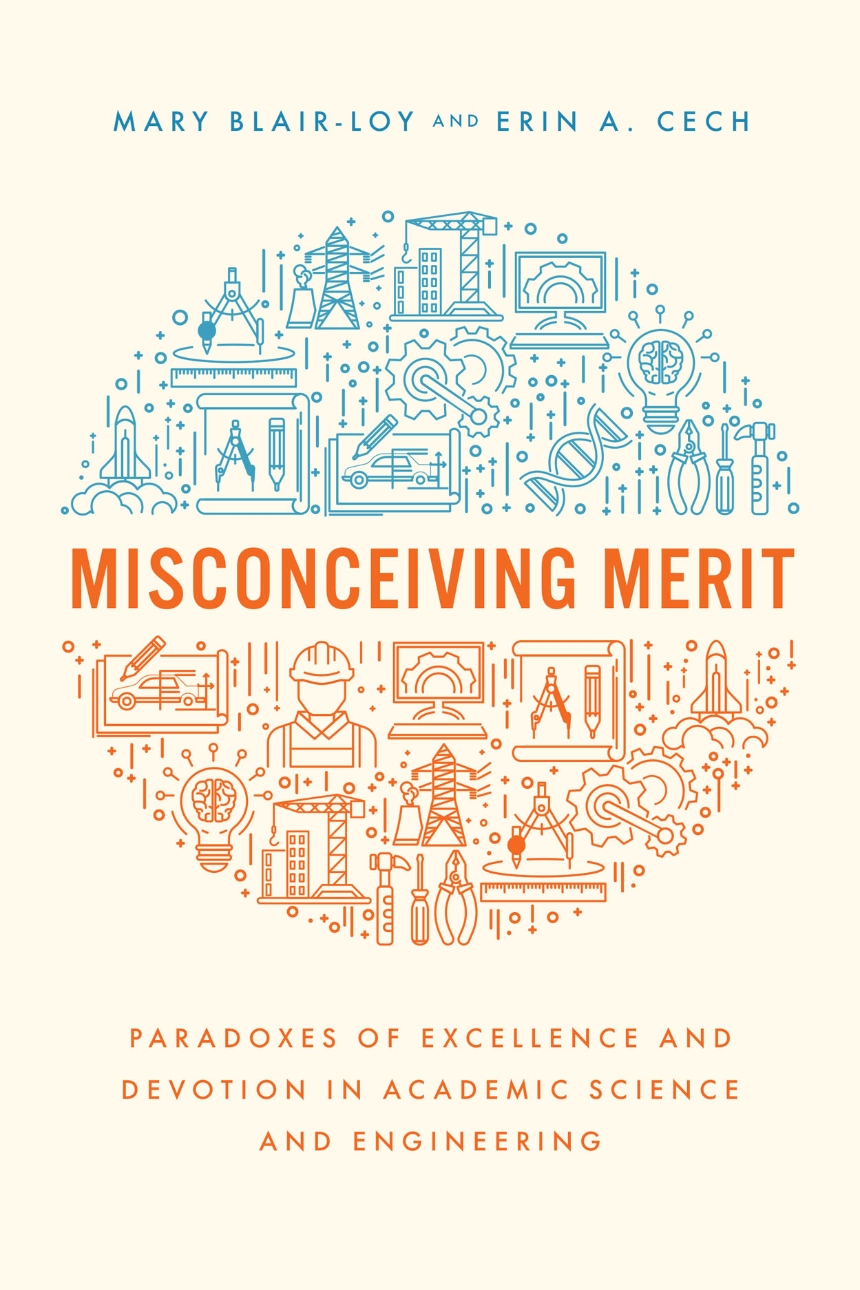 Paradoxes of Excellence and Devotion in Academic Science and Engineering

Mary Blair-Loy and Erin A. Cech

Paradoxes of Excellence and Devotion in Academic Science and Engineering

Mary Blair-Loy and Erin A. Cech

In Misconceiving Merit, sociologists Mary Blair-Loy and Erin A. Cech uncover the cultural foundations of a paradox. On one hand, academic science, engineering, and math revere meritocracy, a system that recognizes and rewards those with the greatest talent and dedication. At the same time, women and some racial and sexual minorities remain underrepresented and often feel unwelcome and devalued in STEM. How can academic science, which so highly values meritocracy and objectivity, produce these unequal outcomes?

Blair-Loy and Cech studied more than five hundred STEM professors at a top research university to reveal how unequal and unfair outcomes can emerge alongside commitments to objectivity and excellence. The authors find that academic STEM harbors dominant cultural beliefs that not only perpetuate the mistreatment of scientists from underrepresented groups but hinder innovation. Underrepresented groups are often seen as less fully embodying merit compared to equally productive white and Asian heterosexual men, and the negative consequences of this misjudgment persist regardless of professors’ actual academic productivity. Misconceiving Merit is filled with insights for higher education administrators working toward greater equity as well as for scientists and engineers striving to change entrenched patterns of inequality in STEM.

“This well-written, persuasive, and important book analyzes an important paradox: why is an institution focused on merit-based evaluation so unsuccessful at promoting meritocracy? It will be read widely by those studying gender and racial inequalities in higher education and STEM.”

“Extremely well-written, and their findings ring painfully true. The authors are very compelling in pointing out the many inconsistencies that otherwise smart people don’t or won’t see. All faculty interested in promoting diversity will engage with this insightful and compelling scholarship.”

List of Tables and Figures
1 Misperceiving Merit, Excellence, and Devotion in Academic STEM
2 The Cultural Construction of Merit in Academic STEM
3 The Work Devotion Schema and Its Consequences
4 Mismeasuring Merit: The Schema of Scientific Excellence as a Yardstick of Merit
5 Defending the Schema of Scientific Excellence, Defending Inequality
6 The Moralization of Merit: Consequences for Scientists and Science
Acknowledgments
Appendix
Notes
References