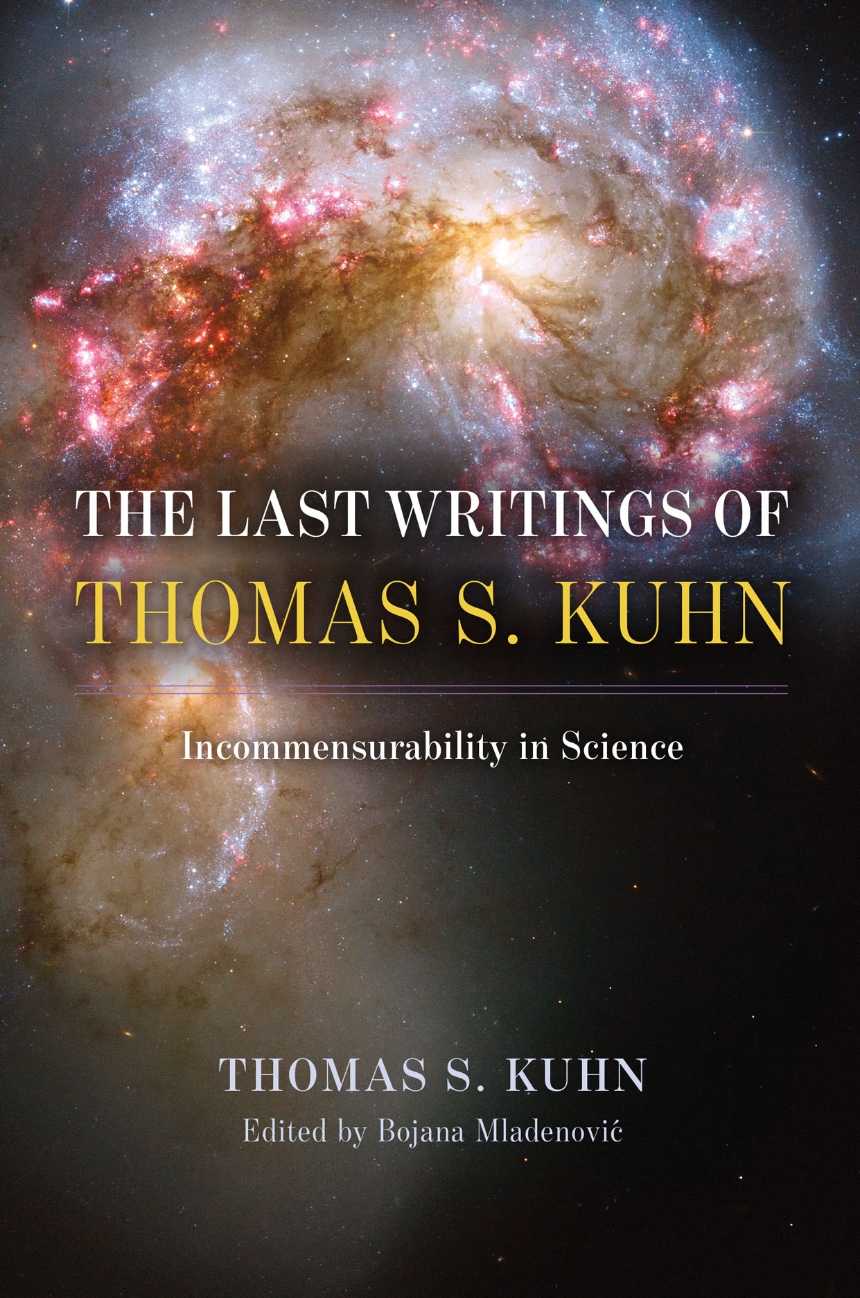 Edited by Bojana Mladenovic
A must-read follow-up to The Structure of Scientific Revolutions, one of the most important books of the twentieth century.

This book contains the text of Thomas S. Kuhn’s unfinished book, The Plurality of Worlds: An Evolutionary Theory of Scientific Development, which Kuhn himself described as a return to the central claims of The Structure of Scientific Revolutions and the problems that it raised but did not resolve. The Plurality of Worlds is preceded by two related texts that Kuhn publicly delivered but never published in English: his paper “Scientific Knowledge as Historical Product” and his Shearman Memorial Lectures, “The Presence of Past Science.” An introduction by the editor describes the origins and structure of The Plurality of Worlds and sheds light on its central philosophical problems.

Kuhn’s aims in his last writings are bold. He sets out to develop an empirically grounded theory of meaning that would allow him to make sense of both the possibility of historical understanding and the inevitability of incommensurability between past and present science. In his view, incommensurability is fully compatible with a robust notion of the real world that science investigates, the rationality of scientific change, and the idea that scientific development is progressive.

“A fascinating sketch of Kuhn’s mature thought. . . . The proponents of competing paradigms may practice their trades in different worlds, but, as Kuhn was at pains to stress in his last writings, sometimes those worlds are closer than we think.”

"The Structure of Scientific Revolutions (1962) by philosopher of science Kuhn is ‘indispensable reading for every well-educated person,’ writes philosopher Mladenović in her introduction to this collection. She presents unpublished drafts of a reworking of Structure’s philosophical framework, with the texts of two lectures not previously published in English. Together, these explore whether historians can understand past scientific paradigms, even though these are incommensurable with present science."

"Kuhn’s seminal 1962 history The Structure of Scientific Revolutions gets a posthumous follow-up in this complex volume. . . . Mladenović provides a comprehensive and thoughtful introduction to the work. . . . Philosophy lovers . . . will find plenty to chew on."

“Combining Kuhn’s unfinished last book, The Plurality of Worlds, with two related works not previously available in English, and a substantial and illuminating introduction by editor Bojana Mladenović, The Last Writings of Thomas S. Kuhn will be received as an absolute gem by philosophers of science, as well as by the wide swath of academics across the social sciences and humanities who revere Kuhn.”