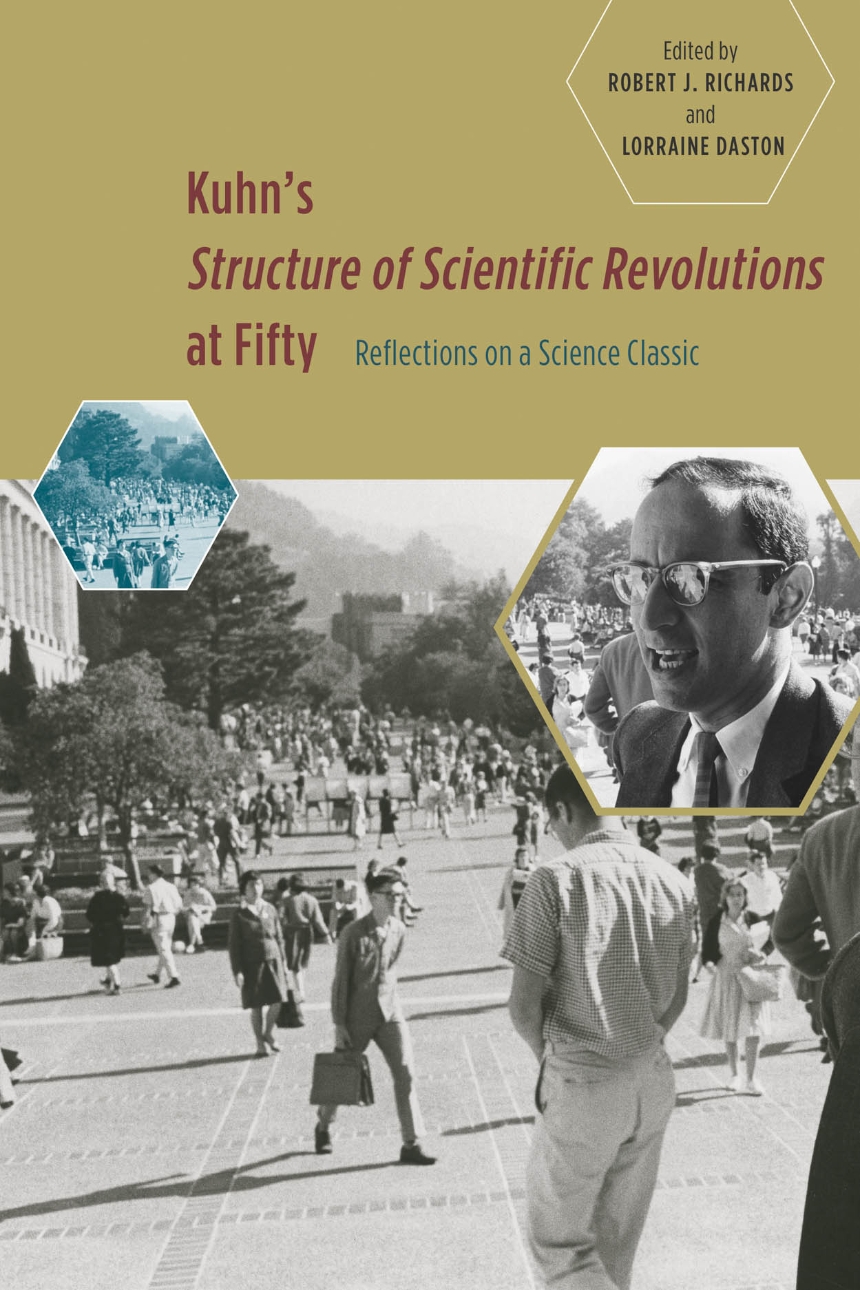 Reflections on a Science Classic

Reflections on a Science Classic

Thomas S. Kuhn’s The Structure of Scientific Revolutions was a watershed event when it was published in 1962, upending the previous understanding of science as a slow, logical accumulation of facts and introducing, with the concept of the “paradigm shift,” social and psychological considerations into the heart of the scientific process. More than fifty years after its publication, Kuhn’s work continues to influence thinkers in a wide range of fields, including scientists, historians, and sociologists. It is clear that The Structure of Scientific Revolutions itself marks no less of a paradigm shift than those it describes.

In Kuhn’s “Structure of Scientific Revolutions” at Fifty, leading social scientists and philosophers explore the origins of Kuhn’s masterwork and its legacy fifty years on. These essays exhume important historical context for Kuhn’s work, critically analyzing its foundations in twentieth-century science, politics, and Kuhn’s own intellectual biography: his experiences as a physics graduate student, his close relationship with psychologists before and after the publication of Structure, and the Cold War framework of terms such as “world view” and “paradigm.”

"There is much that is new and intriguing in this diverse volume. Some chapters invite us “inside the head” of Kuhn, through personal memories of his unique pedagogical style, his letters and notebooks, and his “Aristotle experience.”
Others explore how psychological theories, Kuhn's scientific work on radar during World War II, and the Cold War culture influenced Kuhn's philosophy. Still others focus on the text itself, examining how Kuhn redefined key concepts, including paradigms, revolutions, exemplars, and progress....Reflecting on the paradigm shift that Kuhn's influential book initiated gives us new insight into the current and future state of science studies."

“Few books leave a wake like physicist-turned-historian Thomas Kuhn's The Structure of Scientific Revolutions. These essays on that classic, edited by science historians Richards and Daston, emanate from a 2012 commemorative conference. It's a scholarly treat, from George Reisch probing the cold-war roots of Kuhn's provocations on dogma, to David Kaiser tracing the experimental psychology in his philosophical claims.”

"Contains well-written essays by significant historians and philosophers that provide critical discourse on groundbreaking work and offer new ways to contextualize Kuhn’s own work. Along with fresh insight, a few essays provide personal recollections of Kuhn, while others make use of his correspondence and other records to examine the impact of the times (such as the Cold War culture) on his work. Some scholars delve into Kuhn’s influence on disciplines like psychology and examine the notion of his idea of paradigms and scientific revolutions. Using citation indexes, other essays trace the historical frequency of The Structure of Scientific Revolutions. This edited volume is extremely valuable to advanced researchers in every area of academic study—especially for individuals examining any facet of the history of this type of knowledge. This work is highly recommended for research institutions."

"Kuhn’s Structure of Scientific Revolutions is one of the most important books in the last hundred years. His language and concepts have permeated contemporary thought and his arguments are still alive and of real importance. What a great idea to have a fiftieth birthday for it! The selection of celebrants is top-notch, and, as is fitting, they are not simply kneeling at the feet of Kuhn, but critically engaging with his work."

"Thomas Kuhn’s The Structure of Scientific Revolutions is one of the most important and influential books ever written about the nature of science, directing the thinking of philosophers, historians, and above all social scientists. Celebrating the fiftieth anniversary of its publication, Kuhn’s Structure of Scientific Revolutions at Fifty, edited by leading science scholars Richards and Daston, does a splendid job of taking us from the genesis of Kuhn’s book, through its immediate influences, and on to assessments of its lasting worth. For those interested in the nature of science, this collection is essential reading."

"Kuhn’s Structure of Scientific Revolutions at Fifty: Reflections on a Science Classic is an important contribution to a topic of utmost importance: where we came from, how our past changed and evolved through Thomas Kuhn’s unexpected influence; though there is still much work to do in order to understand how Kuhn became Kuhn, whether Kuhn made Kuhn or whether it was the scientific community, the book is an excellent starting point."

Journal for General Philosophy of Science

"The fiftieth anniversary of Kuhn’s Structure generated so many books and symposia by philosophers that this reviewer found the present volume a refreshing change. The authors are generally skeptical of the more common interpretations of Kuhn offered by both philosophers and sociologists of scientific knowledge. Most of the nine authors are historians (some of whom have worked in the Kuhn archive), and the three philosophers included have all done serious historical research."