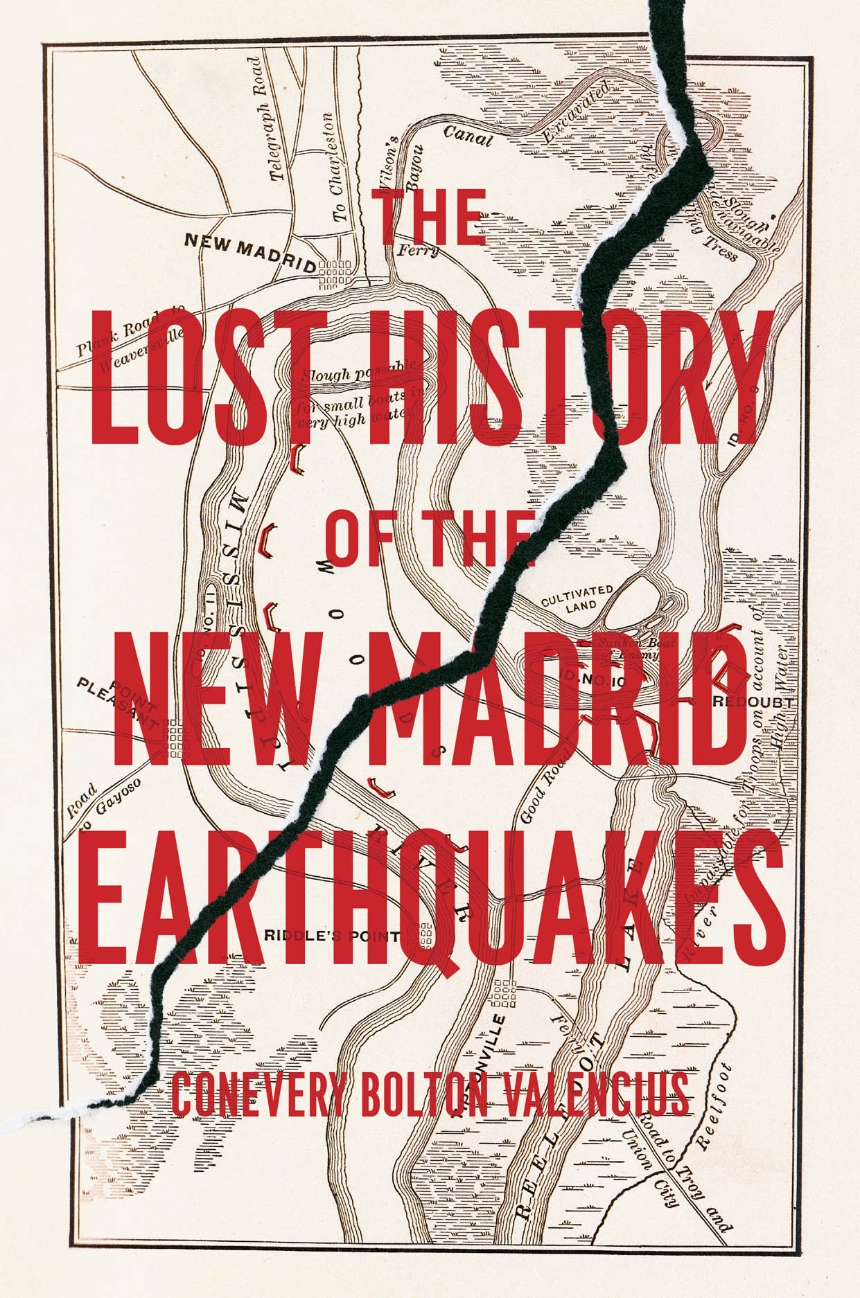 The Lost History of the New Madrid Earthquakes

The Lost History of the New Madrid Earthquakes

From December 1811 to February 1812, massive earthquakes shook the middle Mississippi Valley, collapsing homes, snapping large trees midtrunk, and briefly but dramatically reversing the flow of the continent’s mightiest river. For decades, people puzzled over the causes of the quakes, but by the time the nation began to recover from the Civil War, the New Madrid earthquakes had been essentially forgotten.
In The Lost History of the New Madrid Earthquakes, Conevery Bolton Valencius remembers this major environmental disaster, demonstrating how events that have been long forgotten, even denied and ridiculed as tall tales, were in fact enormously important at the time of their occurrence, and continue to affect us today. Valencius weaves together scientific and historical evidence to demonstrate the vast role the New Madrid earthquakes played in the United States in the early nineteenth century, shaping the settlement patterns of early western Cherokees and other Indians, heightening the credibility of Tecumseh and Tenskwatawa for their Indian League in the War of 1812, giving force to frontier religious revival, and spreading scientific inquiry. Moving into the present, Valencius explores the intertwined reasons—environmental, scientific, social, and economic—why something as consequential as major earthquakes can be lost from public knowledge, offering a cautionary tale in a world struggling to respond to global climate change amid widespread willful denial.
Engagingly written and ambitiously researched—both in the scientific literature and the writings of the time—The Lost History of the New Madrid Earthquakes will be an important resource in environmental history, geology, and seismology, as well as history of science and medicine and early American and Native American history.

"Valencius writes with creativity and purpose, weaving together history and science and interesting anecdotes ranging from a Davy Crockett hunting trip to the 'earthquake pig' that survived 36 days in the rubble of a 2008 quake in China. . . . By the time readers have finished the book, they should understand not only the New Madrid quakes but the larger process of understanding how we remember and contextualize important historical events."

"Through her collections of vignettes, textual, and visual evidence, Valencius explains not only how the 1811-1812 New Madrid earthquakes dramatically altered American history in the NMSZ, but also why the human experience and person records of physical phenomena are worthy of recognition and study by modern designers, engineers, and policy makers."

"Provides not only a detailed account of the various peoples in the region of New Madrid and the effect of the earthquakes upon them, [but] also contemplates the history of knowledge of the event. . . . Valencius manages to recover vividly an emotional, somatic, and environmental moment."

“In an obscenely interesting new book, The Lost History of the New Madrid Earthquakes, Valencius uncovers the quakes and their rich and various meanings—to increasingly diminished Native populations, who interpreted them as a sign to return to tradition in the face of colonial encroachment; to a young nation about to enter into another war with Great Britain, with some religious revivalists of its own; and to a burgeoning scientific community that still placed a premium on anecdotal evidence. . . . Valencius is an engaging, frequently funny storyteller.”

“How is it possible for a natural disaster to remake an entire region, physically and socially—and yet to be erased from history within two generations? In The Lost History of the New Madrid Earthquakes Conevery Bolton Valencius tells a moving and mind-boggling tale of the production and destruction of natural knowledge. She follows the motley cast of amateurs who first tracked down the scientific evidence, as well as the modernizing forces that buried it once again. Her prodigious research reveals exactly how these earthquakes changed the course of history in the Mississippi Valley region. Remarkably, she shows that if we want to understand race relations in this part of the country in the nineteenth and twentieth centuries, we need to understand geology. This beautifully written book will stand as a model for integrating environmental and social history with the history of science.”

Conclusion: Memory and Earth in the Mississippi Valley