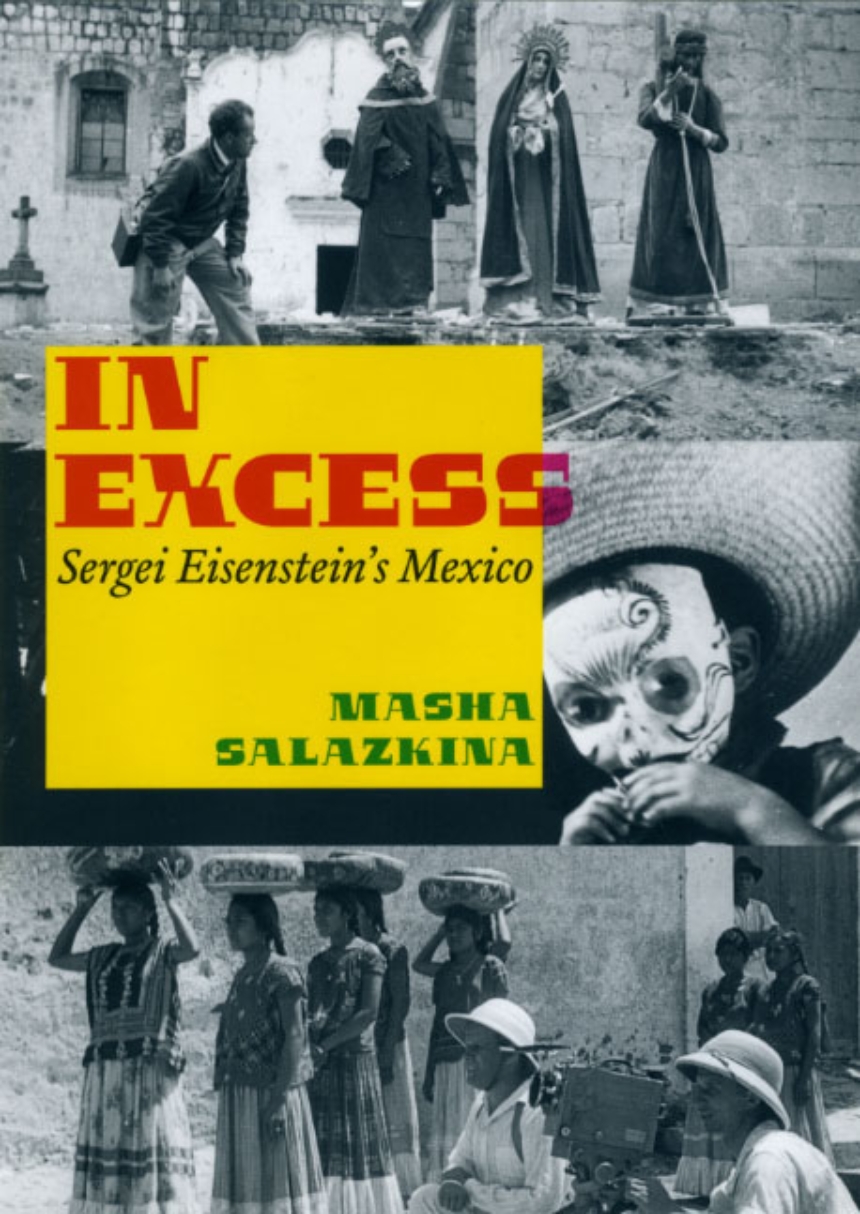 During the 1920s and ’30s, Mexico attracted an international roster of artists and intellectuals—including Orson Welles, Katherine Anne Porter, and Leon Trotsky—who were drawn to the heady tumult engendered by battling cultural ideologies in an emerging center for the avant-garde. Against the backdrop of this cosmopolitan milieu, In Excess reconstructs the years that the renowned Soviet director Sergei Eisenstein spent in the country to work on his controversial film ¡Que Viva Mexico!

Illuminating the inextricability of Eisenstein’s oeuvre from the global cultures of modernity and film, Masha Salazkina situates this unfinished project within the twin contexts of postrevolutionary Mexico and the ideas of such contemporaneous thinkers as Walter Benjamin. In doing so, Salazkina explains how Eisenstein’s engagement with Mexican mythology, politics, and art deeply influenced his ideas, particularly about sexuality. She also uncovers the role Eisenstein’s bisexuality played in his creative thinking and identifies his use of the baroque as an important turn toward excess and hybrid forms. Beautifully illustrated with rare photographs, In Excess provides the most complete genealogy available of major shifts in this modern master’s theories and aesthetics.

“Masha Salazkina’s brilliantly researched and interpretive study brings the never completed¡Que VivaMexico!to the center of Eisenstein’s work both as a filmmaker and theorist. Examining the rich cultural life ofMexicoin which Eisenstein was operating, Salazkina lays out the three-sided circulation of people, artworks, and ideas amongRussia, theUnited States, andMexicoin which Eisenstein actively participated. Salazkina enriches this achievement by showing the prominent roles of women such as Soviet ambassador to Mexico Alexandra Kollontai, cultural impresario Anita Brenner, writer Katherine Anne Porter, and artists Tina Modotti and Frida Kahlo. To Eisenstein’s male-centered world, she counterposes this one and in the process unveils previously unacknowledged aspects of Eisenstein’s theories of sexuality (and sexual experiences) in what must be seen as a breath-taking tour de force.”

“An extraordinary work by an expert young scholar, In Excess throws new light on Eisenstein’s unfinished masterpiece, changes dramatically our picture of the famous director’s life and work, and offers a unique glimpse into the culture, art, and mentality of postrevolutionary Mexico.”

“In Excess is a unique contribution that puts forth a significant argument. Two elements in Masha Salazkina’s approach to Eisenstein—emphases on the transnational and on sexuality—make this argument especially intriguing. Showing that Mexican politics and Mexican motifs were transnational aesthetic crossroads of the period, Salazkina illuminates Eisenstein’s appropriation of Mexican politicized art. She also makes a strong case that gender and especially the figurative displacement of woman were central to Eisenstein’s imagery and conception of the Mexican film. She shows how this film and his time in Mexico were fundamental to the development of Eisenstein’s later theory.”

"Salazkina links Eisenstein’s ambitious portrait of a country still in the throes of its own revolution both to the regime’s dynamic cultural politics and to visions of Mexico fostered by British and American expatriates like D. H. Lawrence and Anita Brenner. She draws on Marxist authors, e. g., Walter Benjamin, to highlight useful aspects of Eisenstein’s method in Que Viva Mexico! and shows how many of Eisenstein’s later theoretical ideas, for example about ’protoplasm’ and ’bisex,’ originated in his yearlong sojourn in Mexico. The excellent bibliography and candid production photos add to this impressive work."

"Necessary reading for students of Eisenstein and of the arts in revolutionary Mexico."