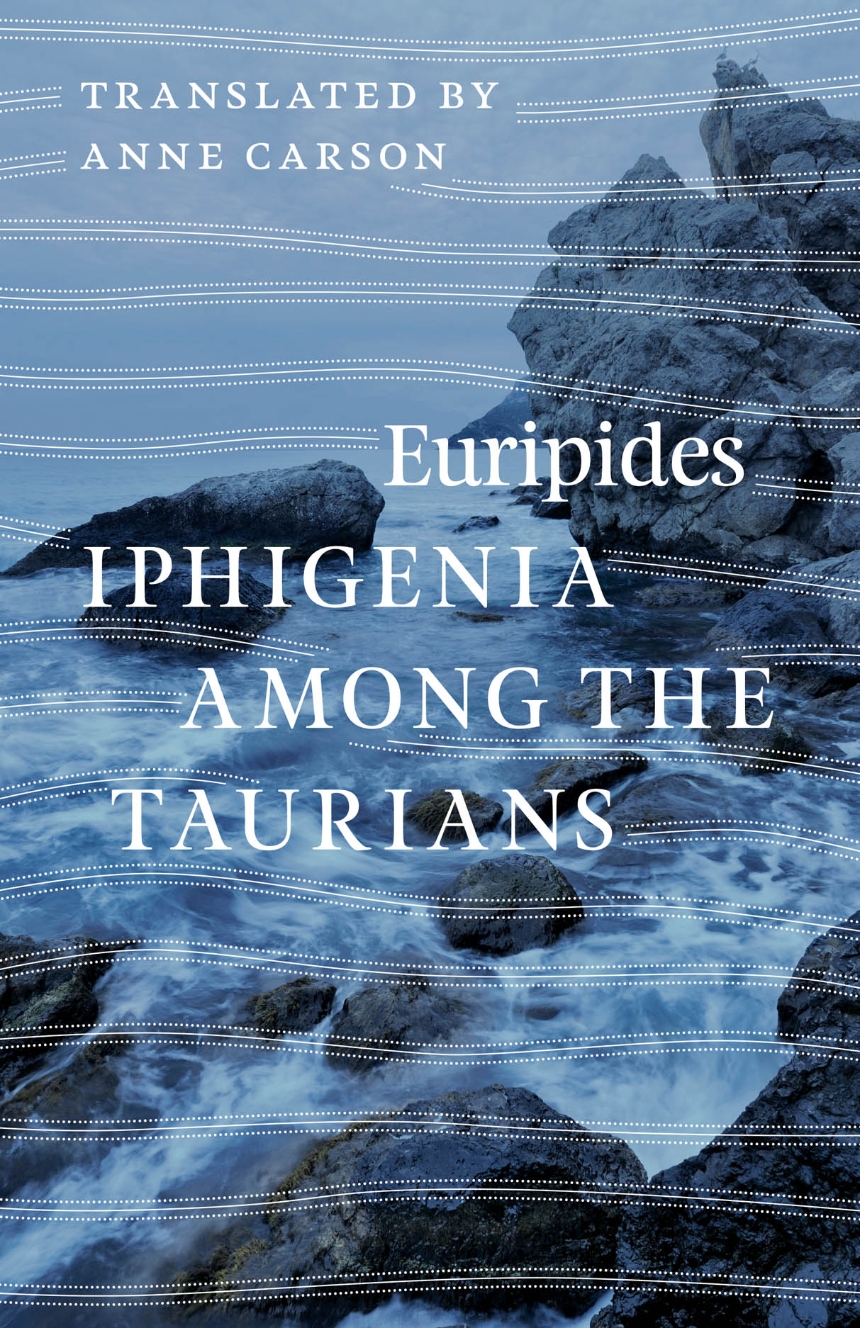 Translated by Anne Carson
I am Iphigenia, daughter of the daughter of Tyndareus
My father killed me

Few contemporary poets elicit such powerful responses from readers and critics as Anne Carson.  The New York Times Book Review calls her work “personal, necessary, and important,” while Publishers Weekly says she is “nothing less than brilliant.” Her poetry—enigmatic yet approachable, deeply personal yet universal in scope, wildly mutable yet always recognizable as her distinct voice—invests contemporary concerns with the epic resonance and power of the Greek classics that she has studied, taught, and translated for decades.

Iphigenia among the Taurians is the latest in Carson’s series of translations of the plays of Euripides. Originally published as part of the third edition of Chicago’s Complete Greek Tragedies, it is published here as a stand-alone volume for the first time. In Carson’s stunning translation, Euripides’s play—full of mistaken identities, dangerous misunderstandings, and unexpected interventions by gods and men—is as fierce and fresh as any contemporary drama. Carson has accomplished one of the rarest feats of translation: maintaining fidelity to a writer’s words even as she inflects them with her own unique poetic voice.

Destined to become the standard translation of the play, Iphigenia among the Taurians is a remarkable accomplishment, and an unforgettable work of poetic drama.

“Carson is a brilliant and original translator.”

Publishers Weekly, on An Oresteia