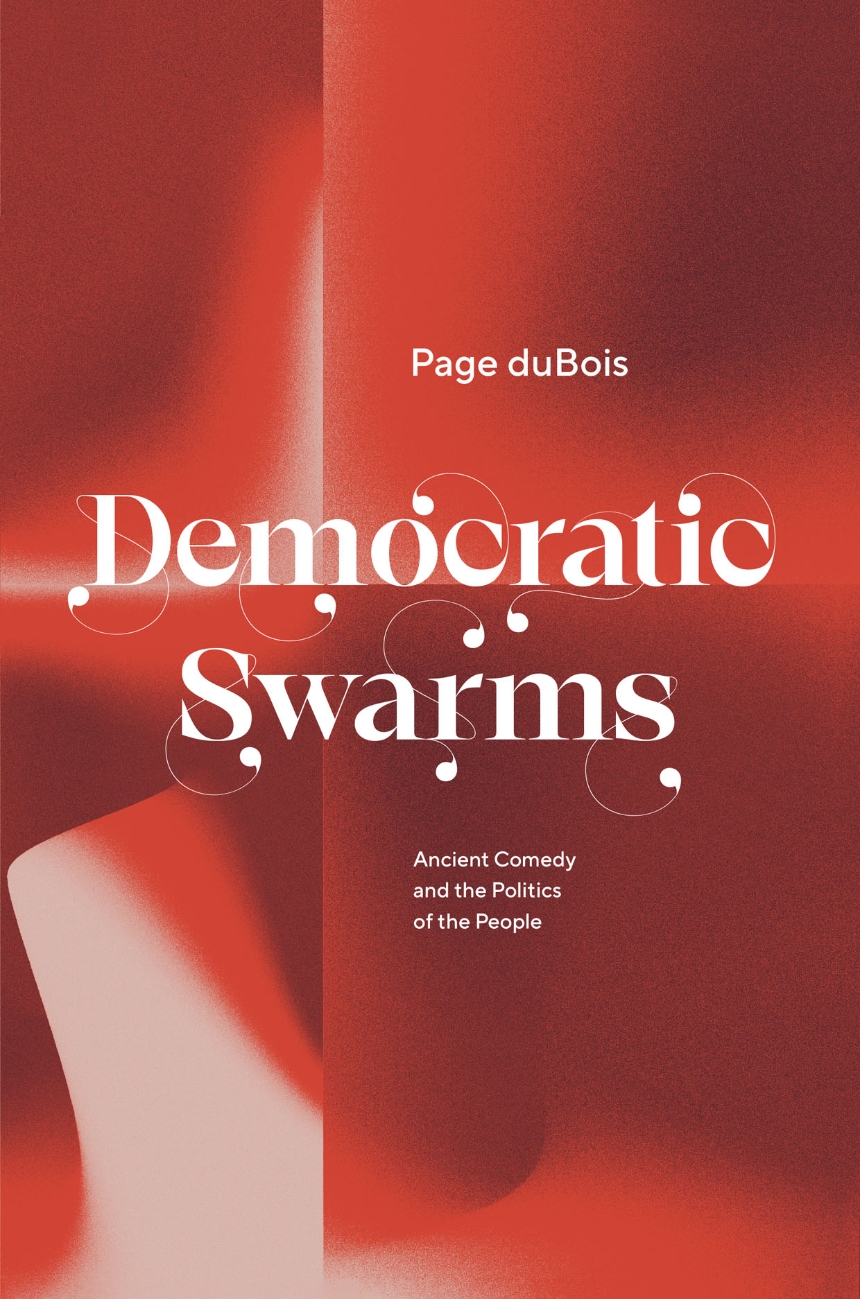 Ancient Comedy and the Politics of the People

Ancient Comedy and the Politics of the People

With Democratic Swarms, Page duBois revisits the role of Greek comedy in ancient politics, considering how it has been overlooked as a political medium by modern theorists and critics. Moving beyond the popular readings of ancient Greece through the lens of tragedy, she calls for a revitalized look at Greek comedy. Rather than revisiting the sufferings of Oedipus and his family or tragedy’s relationship to questions of sovereignty, this book calls for comedy—its laughter, its free speech, its wild swarming animal choruses, and its rebellious women—to inform another model of democracy.

Ancient comedy has been underplayed in the study of Greek drama. Yet, with the irrepressible energy of the comic swarm, it provides a unique perspective on everyday life, gender and sexuality, and the utopian politics of the classical period of Athenian democracy. Using the concepts of swarm intelligence and nomadic theory, duBois augments tragic thought with the resistant, utopian, libidinous, and often joyous communal legacy of comedy, and she connects the lively anti-authoritarianism of the ancient comic chorus with the social justice movements of today.

“This is a fascinating book. Truly kick-ass. It is high time that something astounding be done with Greek comedy. Democratic Swarms bursts with original readings, approaching familiar plays with incantations that tease out a possible world that has remained just beyond reach. DuBois nails the key concerns of today’s society and demonstrates how the afterlife of Greek comedy has seeded a wide range of modern discourses, providing a framework that can liberate comedy from the fetters that have been holding it down.”

“DuBois’s brilliant Democratic Swarms resists the long-standing dominance of tragedy in the analysis of ancient drama, reorienting us toward the comic chorus in order to rethink ancient literary production and politics both past and present. DuBois revisits assumptions about the centrality of character and dramatic plot—which privilege the individual—instead bringing much-needed attention to the ‘swarms’ of different creatures, the force of the animal and hybrid figures, and the collective in producing spectacle, laughter, ‘free’ speech, and action. She shows how ancient choruses and comic utopias can stir conversations on identity, democracy, voting, violence, power.”

“This book made me stand up and cheer. Beautifully written and full of insightful readings, Democratic Swarms finds duBois still raising the flag of freedom, like Marianne, and trampling on the shackles of Aristotelian poetics. She shows what comedy and its swarming choruses did that Greek tragedy did not do: mock the powerful, spread visions of the equal distribution of wealth, and present Athens whole, as a polyvocal buzz of conflicting voices. Democratic Swarms upholds the pertinence of comedy for today, enabling a politics that goes beyond the tragic individual. DuBois’s critique eviscerates current antidemocratic rhetoric and sees the swarm rise again in Occupy and Black Lives Matter.”