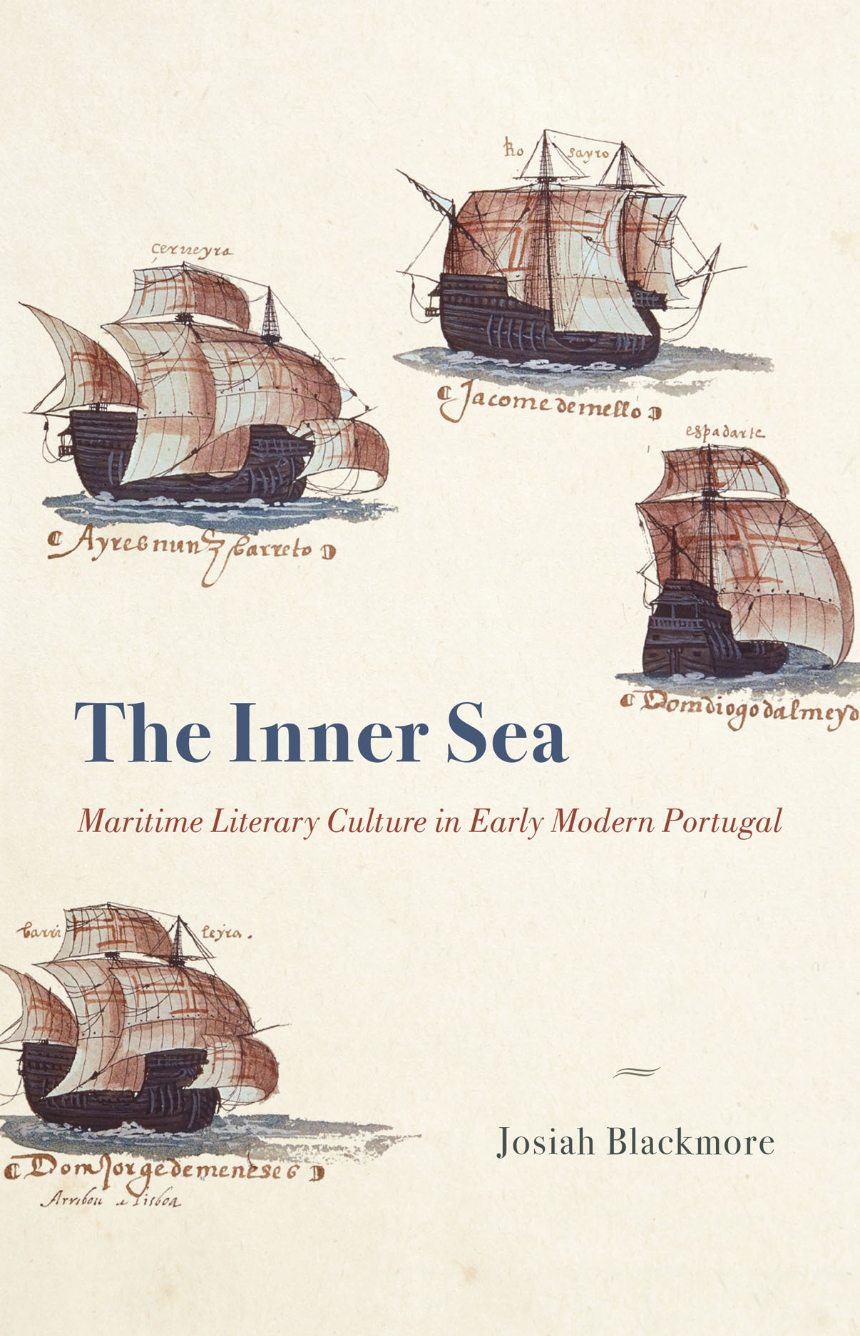 An expansive consideration of how nautical themes influenced literature in early modern Portugal.

In this book, Josiah Blackmore considers how the sea and seafaring shaped literary creativity in early modern Portugal during the most active, consequential decades of European overseas expansion. Blackmore understands “literary” in a broad sense, including a diverse archive spanning genres and disciplines—epic and lyric poetry, historical chronicles, nautical documents, ship logs, shipwreck narratives, geographic descriptions, and reference to texts of other seafaring powers and literatures of the period—centering on the great Luís de Camões, arguably the sea poet par excellence of early modern Europe.

Blackmore shows that the sea and nautical travel for Camões and his contemporaries were not merely historical realities; they were also principles of cultural creativity that connected to larger debates in the widening field of the maritime humanities. For Blackmore, the sea, ships, and nautical travel unfold into a variety of symbolic dimensions, and the oceans across the globe that were traversed in the fifteenth and sixteenth centuries correspond to vast reaches within the literary self. The sea and seafaring were not merely themes in textual culture but were also principles that created individual and collective subjects according to oceanic modes of perception. Blackmore concludes with a discussion of depth and sinking in shipwreck narratives as metaphoric and discursive dimensions of the maritime subject, foreshadowing empire’s decline.

“The Inner Sea makes a singular and original contribution by surveying the contours of a maritime literary consciousness, testing both its temporal and expressive limits. Blackmore reads with a rare sensitivity for poetic texts, as he patiently and carefully unfolds the various layers of what it means for Portuguese writers such as Luís de Camões to ‘stand in the middle of the sea.’ The results of Blackmore’s exploration are impressive and convincing.”

“In our fruitful age of global studies and the West’s fascination with Africa and India, The Inner Sea could not be more timely. Blackmore offers readers a stunning account of Da Gama’s unprecedented voyages from Portugal to Africa in 1497, reaching India in 1498, and their profound meaning. These journeys for the first time transformed a world divided by the seas into an interconnected one, not only reaching South Africa, but India as well. The Inner Sea is richly documented by many sources that the author has chosen to accompany his dazzling readings of Camões’s extraordinary maritime epic adventure, Os Lusíadas.”

“Blackmore is already well known for his work on maritime topics in Portuguese literature. Tacking slightly from his earlier scholarly books, his beautifully written The Inner Sea focuses on some of the profound cultural consequences of Portuguese dominance on the global ocean during the early modern period. Blackmore documents a process of internalization of the sea in Portuguese daily life that is evident in many kinds of documents of the times, including literary texts. He asserts that ‘ships wield subject-forming power’ and he proceeds to show his reader how the multiple subjectivities formed in the effort to tame the sea flourish in the literary world of Luís Vaz de Camões and others. Blackmore provides excellent English translations for the Portuguese texts he cites, many of which are his own, and the figures that illustrate his book are splendid.”