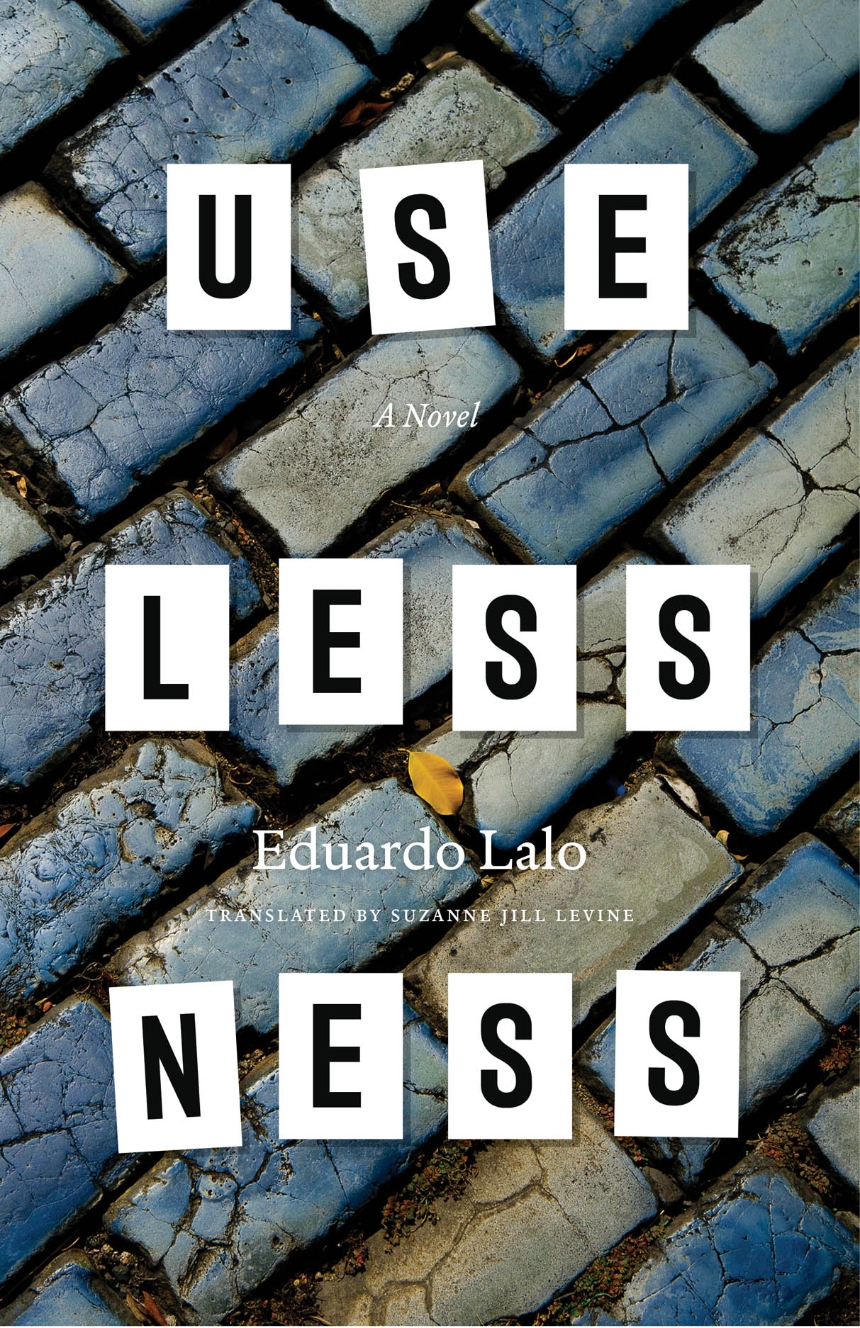 Translated by Suzanne Jill Levine
The streets of Paris at night are pathways coursing with light and shadow, channels along which identity may be formed and lost, where the grand inflow of history, art, language, and thought—and of love—can both inspire and enfeeble. For the narrator of Eduardo Lalo’s Uselessness, it is a world long desired. But as this young aspiring writer discovers upon leaving his home in San Juan to study—to live and be reborn—in the city of his dreams, Paris’s twinned influences can rip you apart.

Lalo’s first novel, Uselessness is something of a bildungsroman of his own student days in Paris. But more than this, it is a literary précis of his oeuvre—of themes that obsess him still. Told in two parts, Uselessness first follows our narrator through his romantic and intellectual awakenings in Paris, where he elevates his adopted home over the moribund one he has left behind. But as he falls in and out of love he comes to realize that as a Puerto Rican, he will always be apart. Ending the greatest romance of his life—that with the city of Paris itself—he returns to San Juan. And in this new era of his life, he is forced to confront choices made, ambitions lost or unmet—to look upon lives not lived.

A tale of the travails of youthful romance and adult acceptance, of foreignness and isolation both at home and abroad, and of the stultifying power of the desire to belong—and to be moved—Uselessness is here rendered into English by the masterful translator Suzanne Jill Levine. For anyone who has been touched by the disquieting passion of Paris, Uselessness is a stirring saga.

“Lalo’s style is often melancholic and serious, marked by sentences that read like short breaths . . . . But it can also be generous, offering the reader a vast array of sensorial images contained in the surgical precision of barely a few words. One of the achievements of the translation of Uselessness by Suzanne Jill Levine is that it manages to capture this atmosphere.”

“In this dreamy and succinct novel, Lalo takes readers on an intimate journey of companionship abroad. . . . This book is an important exploration of the Latin American experience in Europe. Despite confounding personal debacles, the most difficult notion for the narrator to comprehend is the enduring spirit of colonialism in the present day. Set between glowing, literary Paris, the deceptively dangerous Spanish coast, and various humble San Juan apartments, Uselessness is a novel of modern plight that's brimming with hope and wisdom.”

“Exploring the themes of love, isolation, and intellectual maturation, Uselessness will resonate with anyone who has fallen in love with Paris and its extravagant promises of romance and fulfillment.”

“What a powerful, bleak, and moving novel. It dwells on things—human insignificance, disappointment, compromise, failure—that most books only gesture at.”