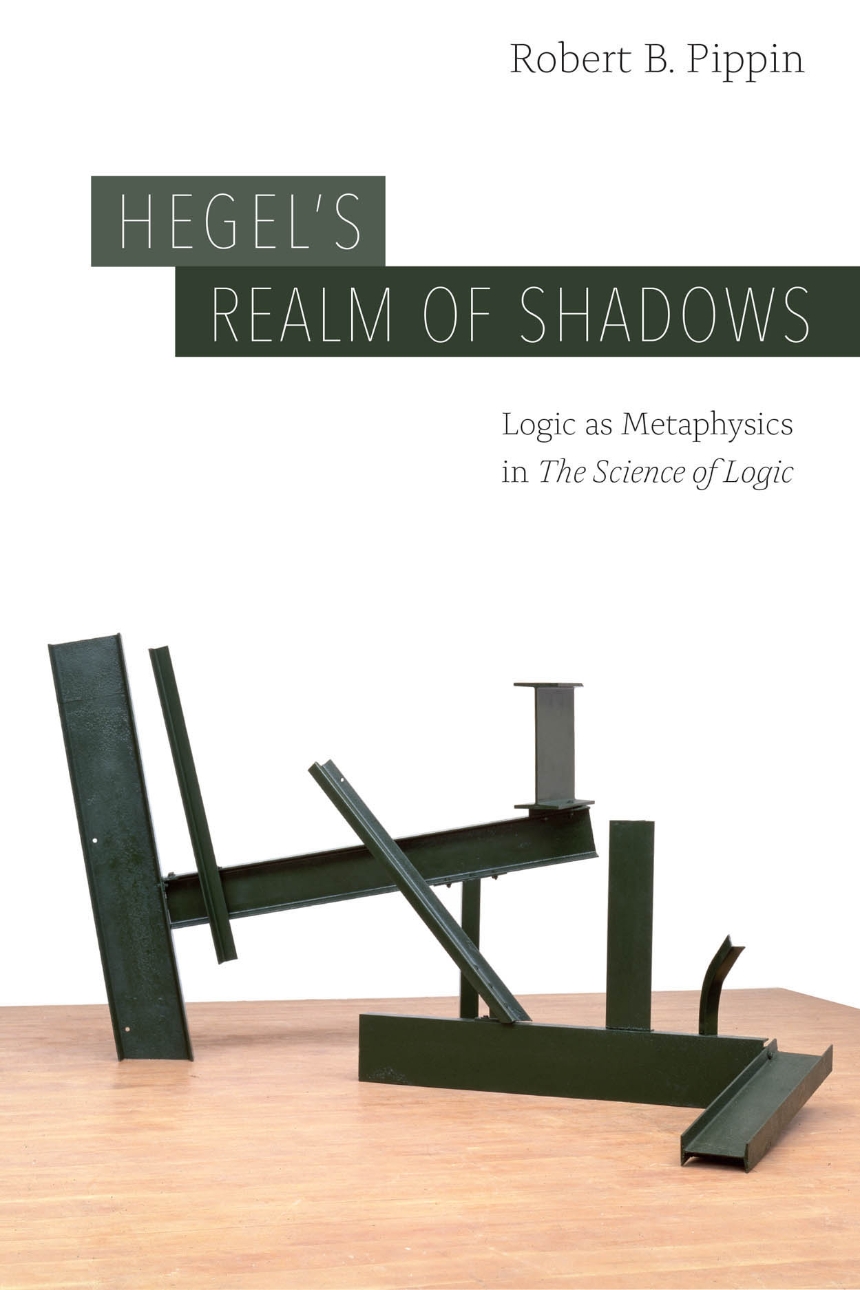 Logic as Metaphysics in “The Science of Logic”

Logic as Metaphysics in “The Science of Logic”

Hegel frequently claimed that the heart of his entire system was a book widely regarded as among the most difficult in the history of philosophy, The Science of Logic. This is the book that presents his metaphysics, an enterprise that he insists can only be properly understood as a “logic,” or a “science of pure thinking.” Since he also wrote that the proper object of any such logic is pure thinking itself, it has always been unclear in just what sense such a science could be a “metaphysics.”

Robert B. Pippin offers here a bold, original interpretation of Hegel’s claim that only now, after Kant’s critical breakthrough in philosophy, can we understand how logic can be a metaphysics. Pippin addresses Hegel’s deep, constant reliance on Aristotle’s conception of metaphysics, the difference between Hegel’s project and modern rationalist metaphysics, and the links between the “logic as metaphysics” claim and modern developments in the philosophy of logic. Pippin goes on to explore many other facets of Hegel’s thought, including the significance for a philosophical logic of the self-conscious character of thought, the dynamism of reason in Kant and Hegel, life as a logical category, and what Hegel might mean by the unity of the idea of the true and the idea of the good in the “Absolute Idea.” The culmination of Pippin’s work on Hegel and German idealism, this is a book that no Hegel scholar or historian of philosophy will want to miss.

“With Hegel’s Realm of Shadows, Pippin not only makes another invaluable contribution to Hegel scholarship; he changes the world—if only a little bit—by helping us to understand how we ought to understand ourselves.”

“With Hegel’s Realm of Shadows the analytic, American interpretation of Hegel has come full circle. . . . There is no doubt that Pippin’s interpretation is a feat in both Hegel and Kant scholarship.”

British Journal for the History of Philosophy

“Impressive. . . . What is beyond doubt is that Pippin's new book is one of the most important works on Hegel's Logic in any language and deserves to be studied closely by scholars and students worldwide.”

Stephen Houlgate | Journal of the History of Philosophy

“Since the publication of his Hegel's Idealism thirty years ago, Pippin has offered one of the clearest and most insightful (though always controversial) interpretations of Hegel's philosophical project, one that places him intelligibly within the post-Kantian context but also gives him a contemporary voice. This book represents Pippin's most sustained engagement with The Science of Logic, a text that has remained at the center of his interpretation from the outset. . . . The book develops Pippin's earlier views in interesting ways, without departing from them substantially. It may surprise some that he asks that we see his Hegel's metaphysics as just as Aristotelian as it is Kantian. Moreover, Pippin repudiates his earlier characterization of Hegel as a 'conceptual scheme idealist.' The book will doubtless attract (and deserves) critical attention, but it is a valuable contribution to a belated reception of Hegel's Logic.”

“Pippin’s work is an indispensable starting point for any engagement today with Hegel and German Idealism. His approach is unmatched when it comes to refusing to skip over or look away from the need to recover philosophical arguments, while actually finding arguments that could support the kind of unified philosophical system for which Hegel and the German Idealists aim. But the very success of Pippin’s work has also opened new possibilities for a competing kind of approach, emphasizing a metaphilosophical priority of metaphysics, to attempt a similar combination of virtues, creating in turn new challenges for Pippin’s approach.”

“If the productivity of a volume is measured by the issues it raises, this is doubtless the case with the thought-provoking contribution of Pippin, which will be an inescapable reference for all future readings of the Science of Logic, no matter their metaphysical commitment.”

“This wonderfully clear and exciting book of philosophy is the best book ever written on Hegel’s Logic in any language I know.”

“To his numerous and enormously influential studies of important aspects of Hegel’s philosophy, Pippin adds another work that is bound to shape our understanding of what for Hegel forms the heart of his philosophy, namely, the Logic. It brilliantly illustrates Pippin’s extraordinary Hegel scholarship.  It is also remarkably readable and so will be of interest not only to philosophers and philosophy students, but to a wider audience as well.”

“In this fascinating reading of Hegel’s The Science of Logic, Robert Pippin gives us much to ponder—not least how it might be possible to see Hegel’s position as a fusion of Kantian idealism and Aristotelian metaphysics. Pippin’s defense of this view displays all the dialectical skills of the master himself, and will bring fresh life to the debates concerning how this text is to be read.”

Robert Stern, The University of Sheffield

Chapter Five. The Logic of Being: The “Given” as a Logical Problem
Chapter Six. Essence as Reflected Being
Chapter Seven. The Lives of Concepts
Chapter Eight. Life as a Logical Concept
Chapter Nine. The True and the Good