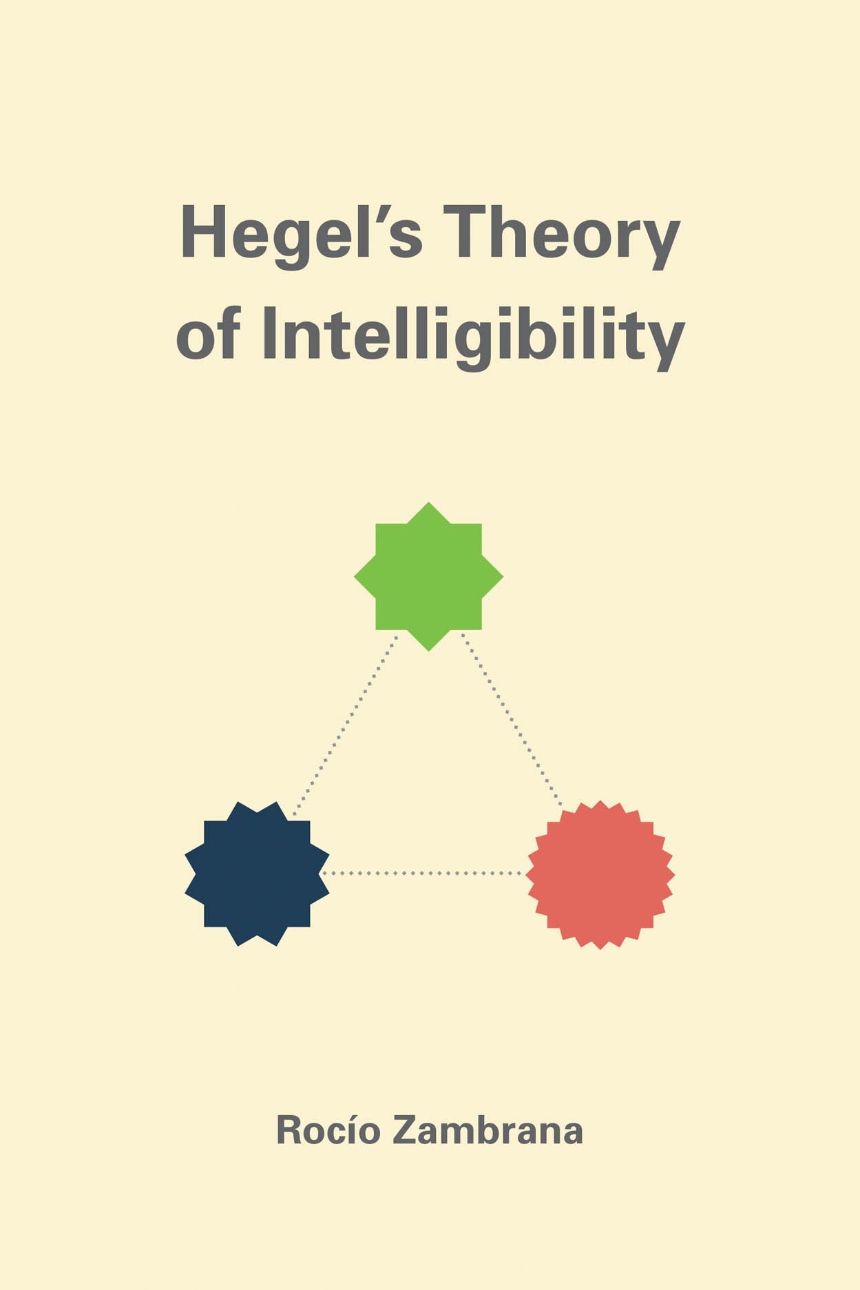 Hegel’s Theory of Intelligibility picks up on recent revisionist readings of Hegel to offer a productive new interpretation of his notoriously difficult work, the Science of Logic. Rocío Zambrana transforms the revisionist tradition by distilling the theory of normativity that Hegel elaborates in the Science of Logic within the context of his signature treatment of negativity, unveiling how both features of his system of thought operate on his theory of intelligibility.

Zambrana clarifies crucial features of Hegel’s theory of normativity previously thought to be absent from the argument of the Science of Logic—what she calls normative precariousness and normative ambivalence. She shows that Hegel’s theory of determinacy views intelligibility as both precarious, the result of practices and institutions that gain and lose authority throughout history, and ambivalent, accommodating opposite meanings and valences even when enjoying normative authority. In this way, Zambrana shows that the Science of Logic provides the philosophical justification for the necessary historicity of intelligibility. Intervening in several recent developments in the study of Kant, Hegel, and German Idealism more broadly, this book provides a productive new understanding of the value of Hegel’s systematic ambitions.

“Hegel’s Theory of Intelligibility offers a brilliant and fresh account of Hegel’s doctrine of normativity. Taking as its central text one of Hegel’s most intricate works, the Science of Logic, the book revisits in a new light central concepts such as negativity, determinacy, and intelligibility, and connects Hegel’s dialectic to central issues of the contemporary philosophical debate. This is a successful effort in bringing Hegel’s idea of normative authority to the forefront.”

“This is a powerful book—masterful in its textual command, sharply argued, and well-positioned to intervene in the current revisionist debates regarding Hegel’s status as a ‘non-metaphysical,’ irreversibly post-Kantian, thinker. Zambrana engages Hegel’s modernity precisely at the point where his thought is usually taken to regress most. Far from serving up a sophisticated recycling of some kind of pre-critical rationalist ontology, as is so often assumed, the Science of Logic becomes the site where Hegel’s modernist credentials are most sharply revealed.”

“The greatest virtue of Zambrana’s book is that it weaves together the best elements of interpretations that are often taken to be incompatible. The Hegel presented in these pages is both historicist and metaphysical, a theorist of both intelligibility and ‘normative ambivalence.’ By refocusing attention on Hegel’s modernism and on his conception of determinacy, Zambrana provides a new impetus for the renaissance in research on Hegel’s Science of Logic.”

“Through a reinvigorating reading of the Science of Logic and other key texts, Zambrana not only convincingly challenges standard accounts of Hegel but also demonstrates the relevance of his most daunting work for contemporary reflections on the precarious nature of any determinate norm or practice”