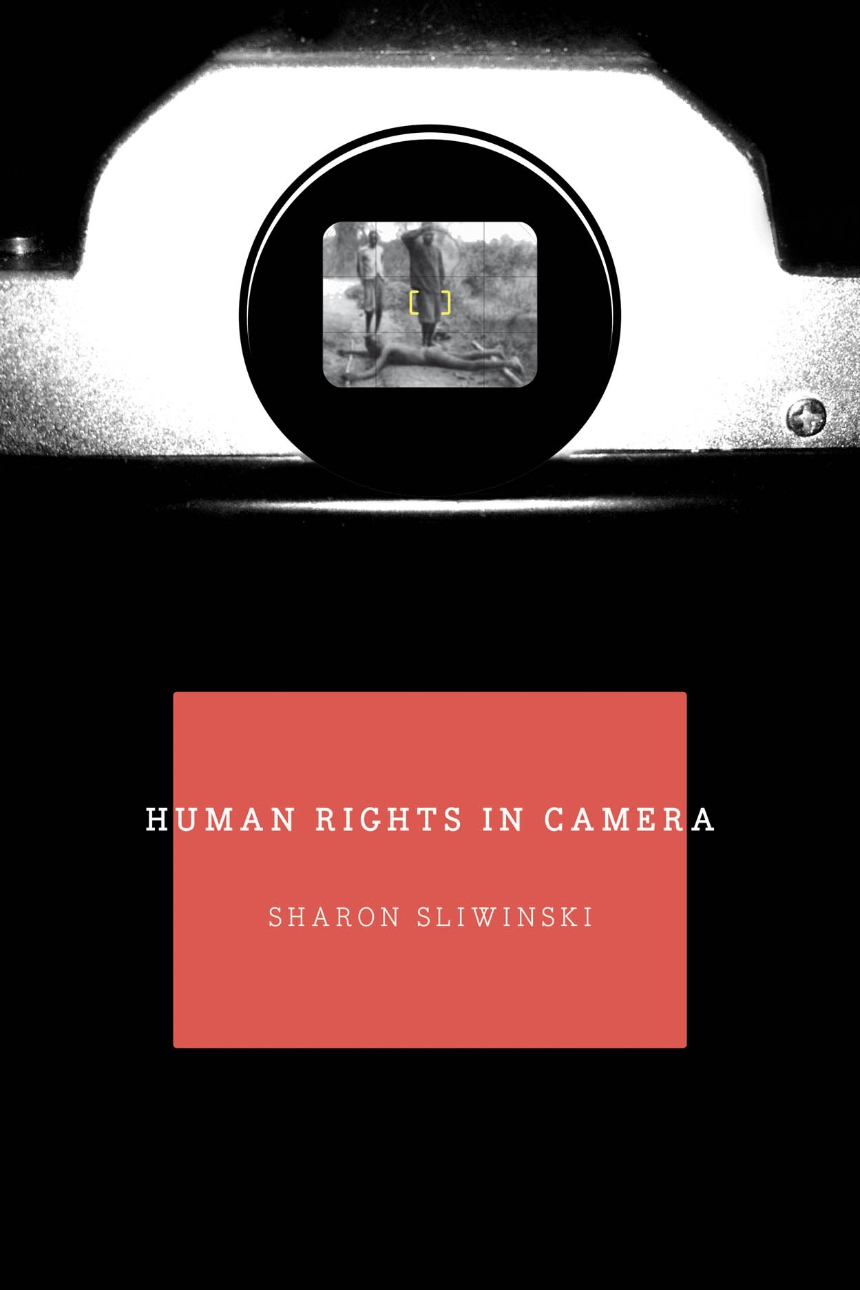 From the fundamental rights proclaimed in the American and French declarations of independence to the 1948 Universal Declaration of Human Rights and Hannah Arendt’s furious critiques, the definition of what it means to be human has been hotly debated. But the history of human rights—and their abuses—is also a richly illustrated one. Following this picture trail, Human Rights In Camera takes an innovative approach by examining the visual images that have accompanied human rights struggles and the passionate responses people have had to them.

Sharon Sliwinski considers a series of historical events, including the 1755 Lisbon earthquake and the Holocaust, to illustrate that universal human rights have come to be imagined through aesthetic experience. The circulation of images of distant events, she argues, forms a virtual community between spectators and generates a sense of shared humanity. Joining a growing body of scholarship about the cultural forces at work in the construction of human rights, Human Rights In Camera is a novel take on this potent political ideal.

“Written with an admirable combination of intellectual sophistication and simplicity of expression, Human Rights In Camera successfully bridges the fields of visual culture and political theory while crafting an original approach to a topic of not only scholarly interest but broad public importance. It is an at once wide-ranging and fine-grained analysis of the complexly interrelated roles of pictures and aesthetic judgment in the conceptualization, development, application, and failures of human rights. Arresting and illuminating, this book definitely breaks new ground.”

“Sliwinski’s book marks a decisive break with the commonplace and received ideas about the history—and theory—of human rights and images. She pursues the way ‘human rights have come to be imagined and idealized on the wings of aesthetic experience,’ and she pushes this insight to the limit in a series of remarkable and even dramatic readings of visual images. She does nothing less than rewrite the history of human rights as a matter of looking: ‘when we speak of human rights we must first of all speak of the spectator of human rights,’ she says, and goes on to make this major shift so obvious and convincing that we are left wondering why it took so long for us to notice. This book joins groundbreaking work by the likes of Ariella Azoulay and Jacques Rancière in a new, and crucial, spectatorial turn in the study of human rights. It will surely be provocative, controversial, unnerving, and widely read.”

“Presents a refreshing angle and a rich historical account, one that departs from the standard ‘Enlightenment origins’ tale of the evolution of human rights.”

“Beautifully written. . . . The main complaint of anyone reading this book will be that they wanted more—not a bad thing.”

“Sliwinski’s argument about an ethics of failure offers a powerful corrective to critics of advocacy photography, an inspiring contribution in a moment of great visibility for intractable human rights crises around the world.”

ONE     The Spectator of Human Rights
Textual versus pictorial evidence. Following the picture trail opens a view of the spectator of human rights whose task is to judge. Hannah Arendt’s return to Kant on the distinction between moral and aesthetic judgments. Adolph Eichmann exposes the frailty of judgment. Critiques of the spectator. Lyotard’s emphasis on dissensus in the sensus communis. The scene of human rights as a scene of aesthetic conflict.
TWO     Humanity from the Ruins: 1755
November 1, 1755: a beautiful and clear day . . . The Lisbon earthquake as the first international mass media event. “Truthful” versus “fantastical” representations. The sublime quaking of a worldview and the emergence of a notion of a common humanity. The quake frames later responses to atrocity. The Disasters of War. Goya’s judgment: “They do not want to.” Print pedagogy for the spectator of human rights.
THREE     The Kodak on the Congo: 1904
The first use of “crimes against humanity.” King Leopold’s atrocities in the Congo Free State. Early humanitarian responses. The intervention of the photograph. The phantasmagoric appeals of the Congo Reform Association. Dreaming of human rights. The first international human rights movement ends with a whimper.
FOUR     Rolleiflex Witness: 1945
Before there was the idea of the Holocaust, there were the pictures. Photographic evidence becomes the standard for claims of atrocity. Lee Miller’s reports for Vogue. The Dachau Death Train: images bear the mark of this horror. Testimony visualis, or, communication without understanding. Dignity and the “abstract nakedness” of being nothing but human. The “philosophically absurd” claims of the Universal Declaration. The time of our singing: political hymns of belonging.
FIVE     Genocide, Again: 1992
Genocide as “an exercise in community building.” Lemkin’s linguistic invention and the legislation of international law. Yet neither visibility nor legibility could prevent the reoccurrence of this phenomenon. Yugoslavia: the first televised genocide. The barometer rises in Rwanda. A catalogue of breakdowns. Toward an ethics of failure.