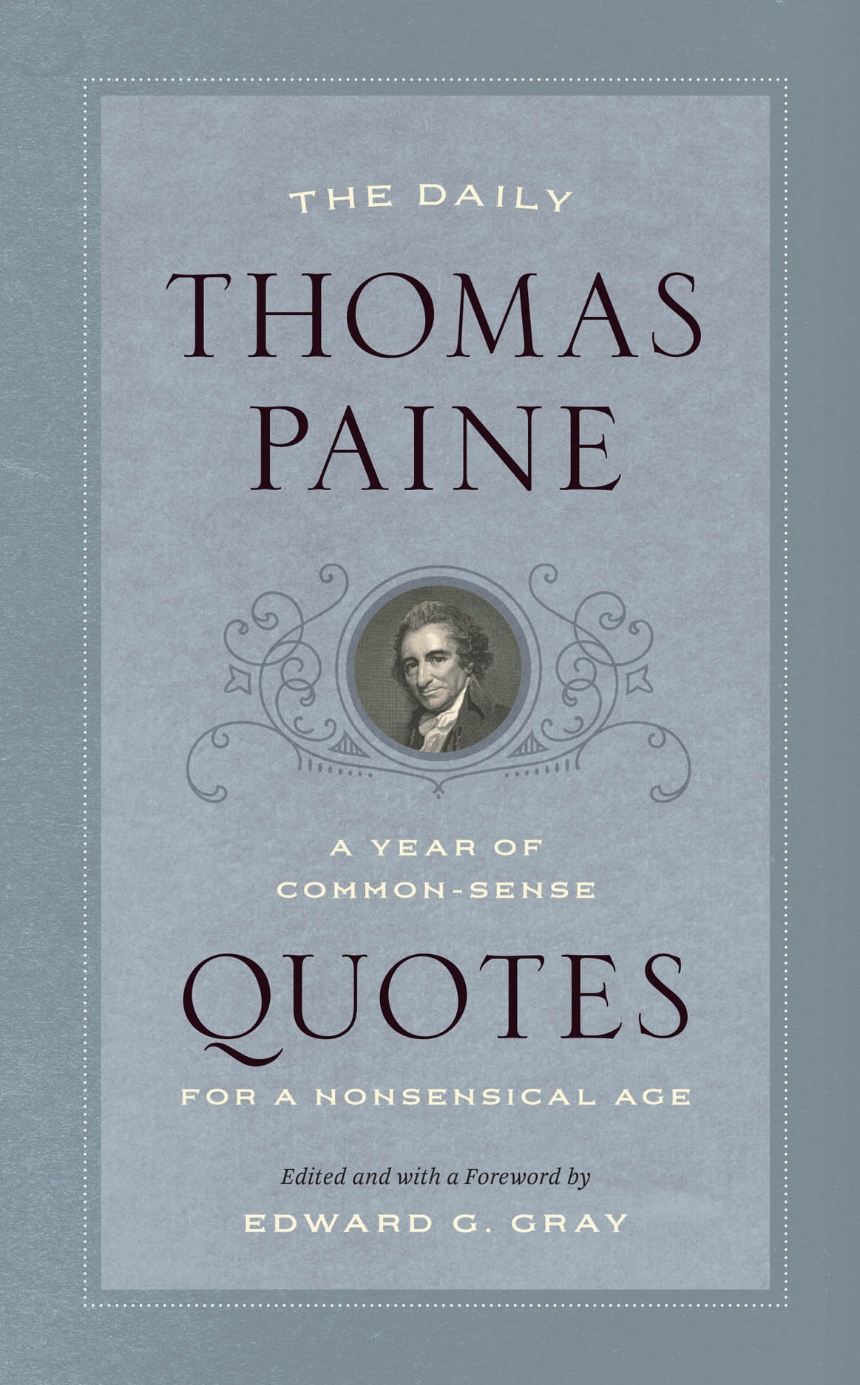 A Year of Common-Sense Quotes for a Nonsensical Age

A Year of Common-Sense Quotes for a Nonsensical Age

Edited and with a Foreword by Edward G. Gray
Thomas Paine was the spark that ignited the American Revolution. More than just a founding father, he was a verbal bomb-thrower, a rationalist, and a rebel. In his influential pamphlets Common Sense and The American Crisis, Paine codified both colonial outrage and the intellectual justification for independence, arguing consistently and convincingly for Enlightenment values and the power of the people. Today, we are living in times that, as Paine famously said, “try men’s souls.” Whatever your politics, if you’re seeking to understand the political world we live in, where better to look than Paine?

​The Daily Thomas Paine offers a year’s worth of pithy and provocative quotes from this quintessentially American figure. Editor Edward G. Gray argues that we are living in a moment that Thomas Paine might recognize—or perhaps more precisely, a moment desperate for someone whose rhetoric can ignite a large-scale social and political transformation. Paine was a master of political rhetoric, from the sarcastic insult to the diplomatic aperçu, and this book offers a sleek and approachable sampler of some of the sharpest bits from his oeuvre. As Paine himself says in the entry for January 20: “The present state of America is truly alarming to every man who is capable of reflexion.” The Daily Thomas Paine should prove equally incendiary and inspirational for contemporary readers with an eye for politics, even those who prefer the tweet to the pamphlet.