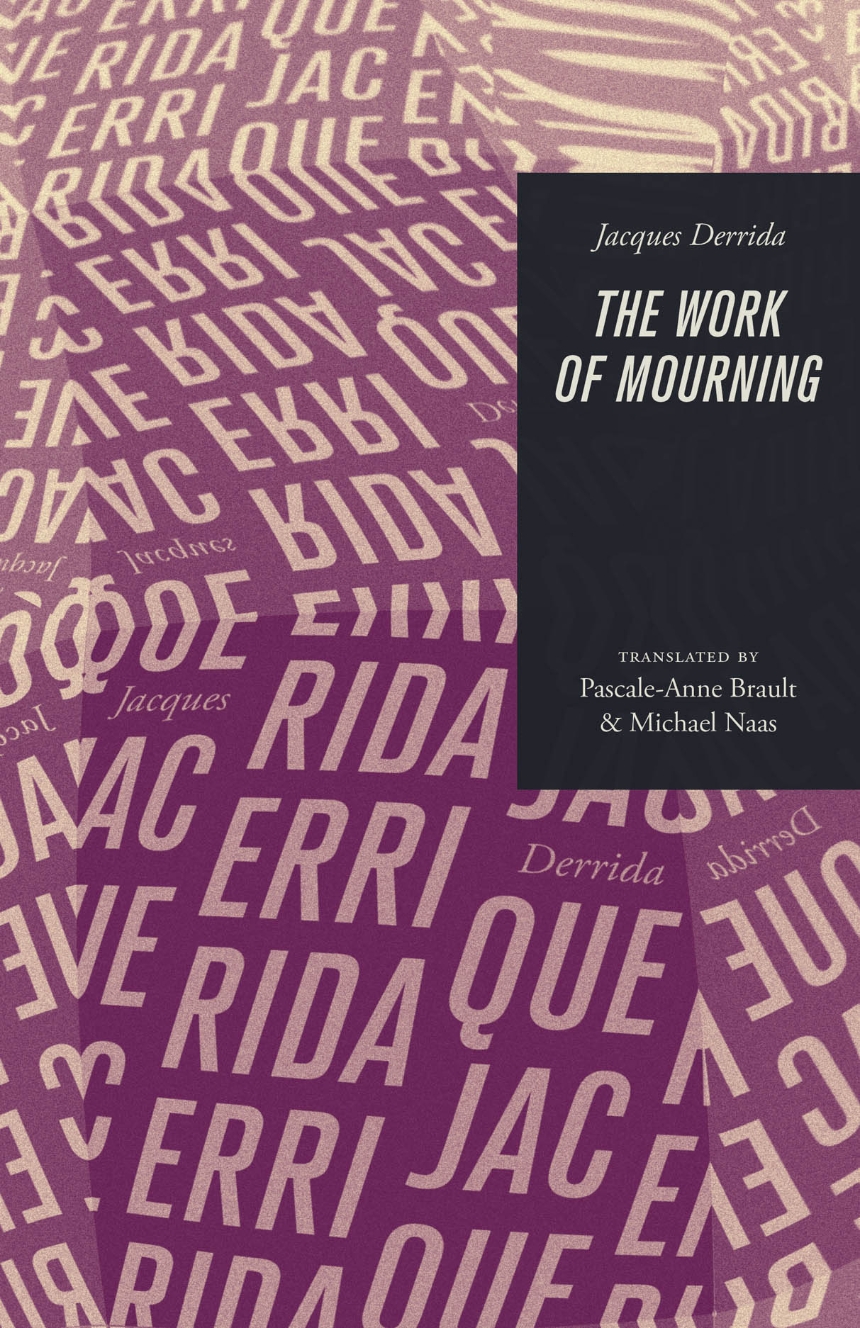 The Work of Mourning

The Work of Mourning

Translated by Pascale-Anne Brault and Michael Naas
Jacques Derrida is, in the words of the New York Times, "perhaps the world’s most famous philosopher—if not the only famous philosopher." He often provokes controversy as soon as his name is mentioned. But he also inspires the respect that comes from an illustrious career, and, among many who were his colleagues and peers, he inspired friendship. The Work of Mourning is a collection that honors those friendships in the wake of passing.

With his words, Derrida bears witness to the singularity of a friendship and to the absolute uniqueness of each relationship. In each case, he is acutely aware of the questions of tact, taste, and ethical responsibility involved in speaking of the dead—the risks of using the occasion for one’s own purposes, political calculation, personal vendetta, and the expiation of guilt. More than a collection of memorial addresses, this volume sheds light not only on Derrida’s relation to some of the most prominent French thinkers of the past quarter century but also on some of the most important themes of Derrida’s entire oeuvre-mourning, the "gift of death," time, memory, and friendship itself.

"In his rapt attention to his subjects’ work and their influence upon him, the book also offers a hesitant and tangential retelling of Derrida’s own life in French philosophical history. There are illuminating and playful anecdotes—how Lyotard led Derrida to begin using a word-processor; how Paul de Man talked knowledgeably of jazz with Derrida’s son. Anyone who still thinks that Derrida is a facetious punster will find such resentful prejudice unable to survive a reading of this beautiful work."—Steven Poole, Guardian

"Strikingly simpa meditations on friendship, on shared vocations and avocations and on philosophy and history."—Publishers Weekly

Our website in remembrance of Derrida includes an excerpt from this book.