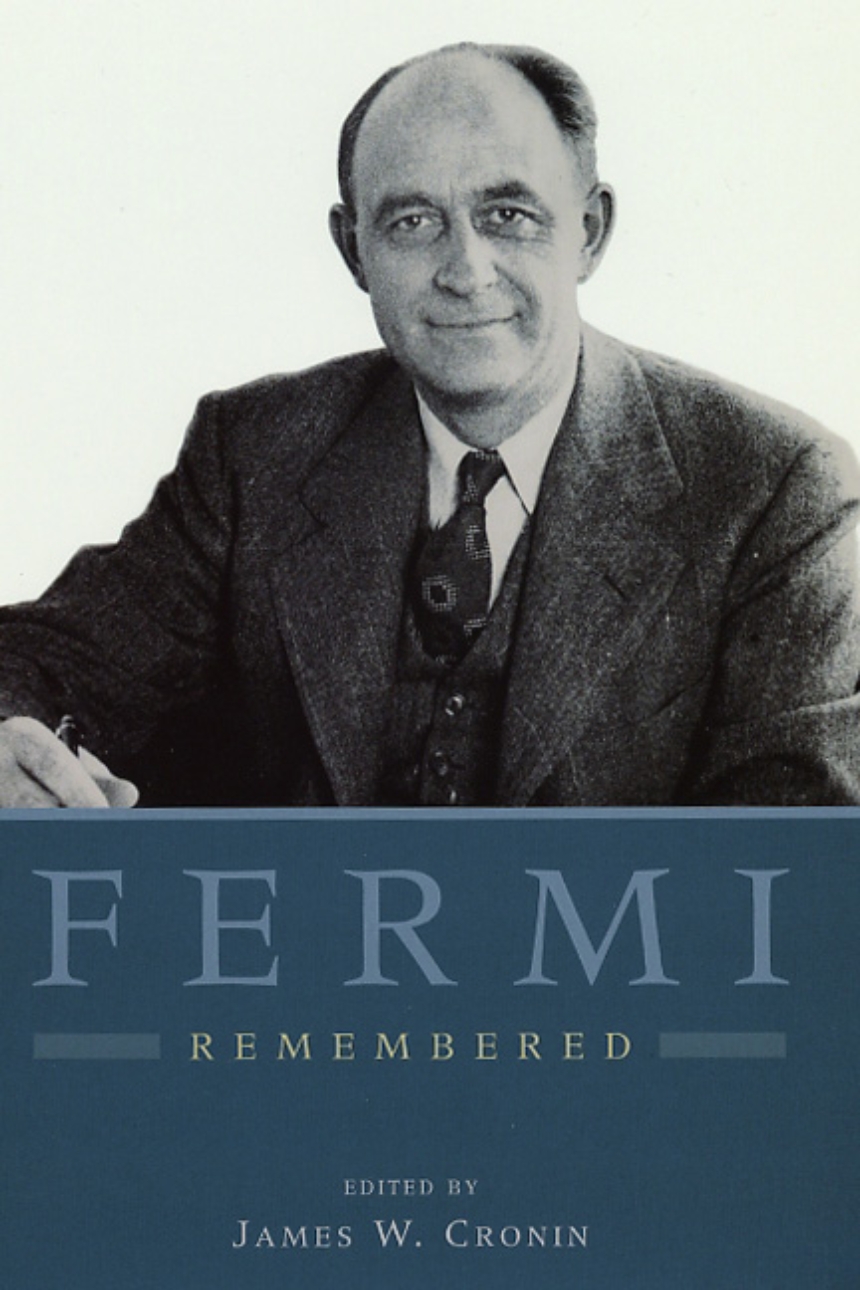 Nobel laureate and scientific luminary Enrico Fermi (1901-54) was a pioneering nuclear physicist whose contributions to the field were numerous, profound, and lasting. Best known for his involvement with the Manhattan Project and his work at Los Alamos that led to the first self-sustained nuclear reaction and ultimately to the production of electric power and plutonium for atomic weapons, Fermi’s legacy continues to color the character of the sciences at the University of Chicago. During his tenure as professor of physics at the Institute for Nuclear Studies, Fermi attracted an extraordinary scientific faculty and many talented students—ten Nobel Prizes were awarded to faculty or students under his tutelage.

Born out of a symposium held to commemorate the hundredth anniversary of Fermi’s birth, Fermi Remembered combines essays and newly commissioned reminiscences with private material from Fermi’s research notebooks, correspondence, speech outlines, and teaching to document the profound and enduring significance of Fermi’s life and labors. The volume also features extensives archival material—including correspondence between Fermi and biophysicist Leo Szilard and a letter from Harry Truman—with new introductions that provide context for both the history of physics and the academic tradition at the University of Chicago.

Edited by James W. Cronin, a University of Chicago physicist and Nobel laureate himself, Fermi Remembered is a tender tribute to one of the greatest scientists of the twentieth century.

"The book will be of interest to those who knew Fermi and to younger physicists who still live with his scientific legacy, as well as to historians interested in the life and work of one of the most famous members of the Los Alamos generation."

"A lively collection of reminiscences about the greatest Italian scientist of the 20th century by students and collaborators such as Leo Szilard, T. D. Lee and Murray Gell-Mann. They knew him as ’the Pope’, editor James Cronin informs us, because he was ’the supreme authority on all matters.’"

"This book will interest both specialists and general readers, as it provides valuable archive material and sketches of Fermi’s life, as well as personal reminiscences from his former students and collaborators."

"This book, which describes Fermi’s contributions to physics and the US period of his life, originated from a symposium that was held in Chicago in 2001 to commemorate the centenary of his birth. But it is not merely a volume of reminiscences. It combines essays, specially commissioned articles, as well as private material from Fermi’s research notebooks, correspondence and speeches. Together the material highlights the breadth of his impact on physics. . . . What emerges from this book is the gratitude of so many extraordinary physicists to their master, who instilled in them a passion that has lasted a lifetime: the passion for physics."

"Fermi Remembered provides fascinating insights into Fermi’s style and the beginning of the Manhattan Project."