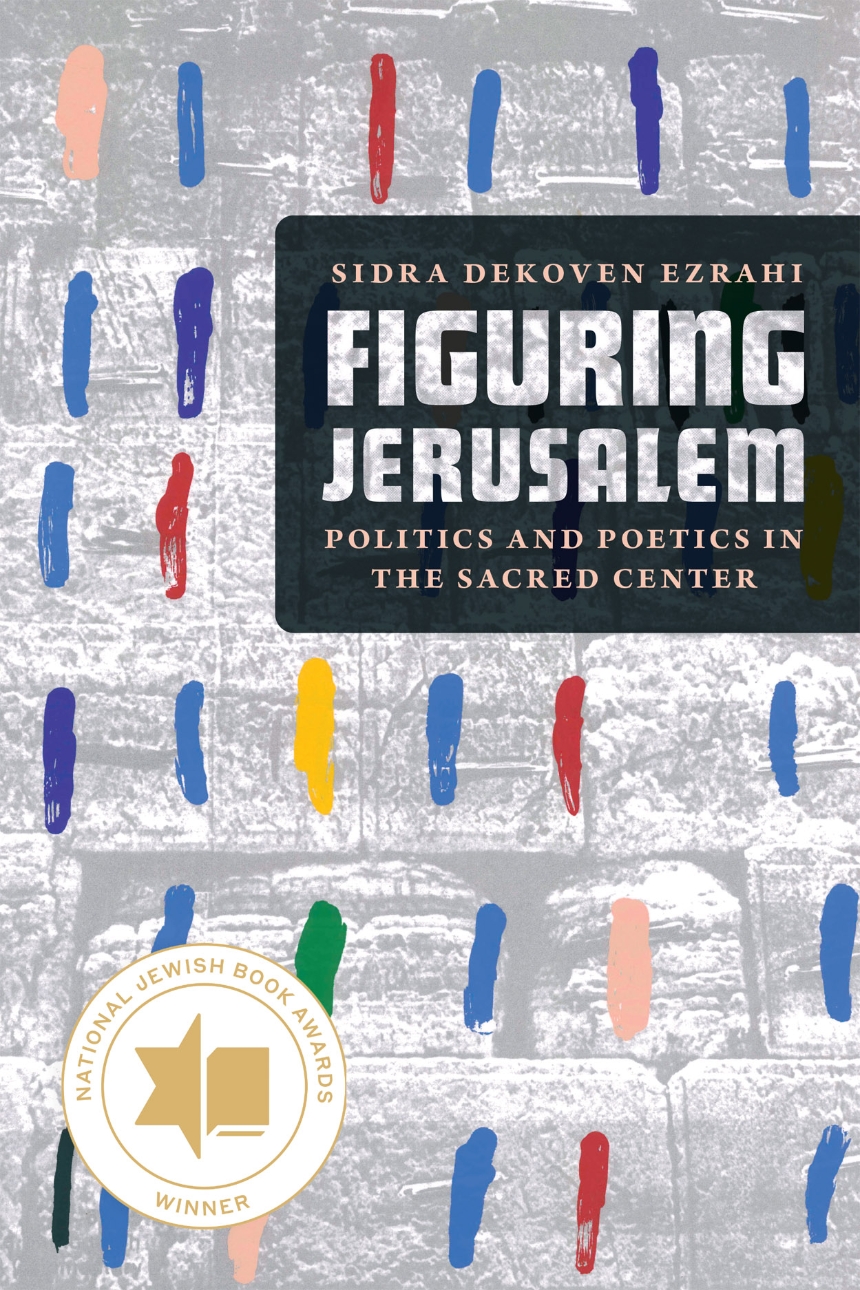 Politics and Poetics in the Sacred Center

Politics and Poetics in the Sacred Center

Figuring Jerusalem explores how Hebrew writers have imagined Jerusalem, both from the distance of exile and from within its sacred walls.

For two thousand years, Hebrew writers used their exile from the Holy Land as a license for invention. The question at the heart of Figuring Jerusalem is this: how did these writers bring their imagination “home” in the Zionist century? Sidra DeKoven Ezrahi finds that the same diasporic conventions that Hebrew writers practiced in exile were maintained throughout the first half of the twentieth century. And even after 1948, when the state of Israel was founded but East Jerusalem and its holy sites remained under Arab control, Jerusalem continued to figure in the Hebrew imagination as mediated space. It was only in the aftermath of the Six Day War that the temptations and dilemmas of proximity to the sacred would become acute in every area of Hebrew politics and culture.

Figuring Jerusalem ranges from classical texts, biblical and medieval, to the post-1967 writings of S. Y. Agnon and Yehuda Amichai. Ultimately, DeKoven Ezrahi shows that the wisdom Jews acquired through two thousand years of exile, as inscribed in their literary imagination, must be rediscovered if the diverse inhabitants of Jerusalem are to coexist.

“Figuring Jerusalem, Sidra DeKoven Ezrahi’s most far-ranging and ambitious book, is a morally bracing and politically urgent argument against spatially literalizing the sacred in Jerusalem. Instead, DeKoven Ezrahi offers a persuasive plea for the quotidian, in which the symbolism of the holy is not confused with the physical space of the holy. Her defense of ordinary existence's preciousness begins with Genesis, moves through Maimonides, and culminates in insightful readings of Agnon and Amichai.”

Robert Alter, author of 'The Hebrew Bible: A Translation with Commentary'

“This beautifully written, brilliantly argued study reveals the Jewish imagination to be predicated on distance from Jerusalem as the physical source of holiness. Return and redemption are endlessly deferred, as texts and their metaphors become surrogates for literal proximity to the sacred. DeKoven Ezrahi’s cautionary tale about the dangers of the contemporary cult of the land, and of Jerusalem in particular, is couched in breathtaking, indeed revolutionary readings of the Binding of Isaac, the Song of Songs, Maimonides, and especially Agnon and Amichai. A book of great cultural urgency for our times that makes an invaluable contribution to the field of Jewish studies and beyond.”

Chana Kronfeld, author of 'The Full Severity of Compassion: The Poetry of Yehuda Amichai'

“Written between the brackets of war and poetry, this stunning literary archeology aims an unflinching—but loving—gaze at the world’s most desired, and therefore contested, city. A modern guide for the perplexed, this book opens the gates of Jerusalem anew, revealing the literal and figurative touchstone of religious imagination, political longing, and artistic invention. A tour de force.”

James Carroll, author of 'The Truth at the Heart of the Lie' and 'Jerusalem, Jerusalem: How the Ancient City Ignited our Modern World'

"People have been waiting for this book because of how it situates the fraught issues of Jerusalem’s current politics within the city’s historical status as a poetic object. DeKoven Ezrahi’s lyrical, provocative account of Jerusalem as metaphor and allegory across a variety of sacred, literary, and philosophical texts will enrich scholarly discourse, illuminating for readers how a 'diaspora poetics' has infused the city and its memory with a unique sense of place.”

List of Illustrations
Prologue Why Jerusalem? The Politics of Poetry
Introduction “This House, which is called by My Name”
Part 1 Literary Archaeologies
1 “Yes, you did laugh!”: The Secret of the Akeda
2 “You are as majestic as Jerusalem”: The Song and the City
3 “Apples of gold in ornaments of silver”: Maimonides’s Guide to the Poetic Imagination
Part 2 Agnon’s Dilemma
4 “What may this be likened to?”: Agnon and the Poetics of Space
5 “Every day I have regretted not having stood in the breach”: Agnon in Jerusalem
Part 3 Amichai in the Breach
6 “He comes out of a swimming pool or the sea . . . and he laughs and blesses”: Yehuda Amichai, Poet of the Sacred Quotidian
7 “Visit my tears and the east wind, which is the true Western Wall”: Amichai in Jerusalem
Coda
Acknowledgments: Ancient Debts and Ongoing Gratitude
Notes
Bibliography
Index