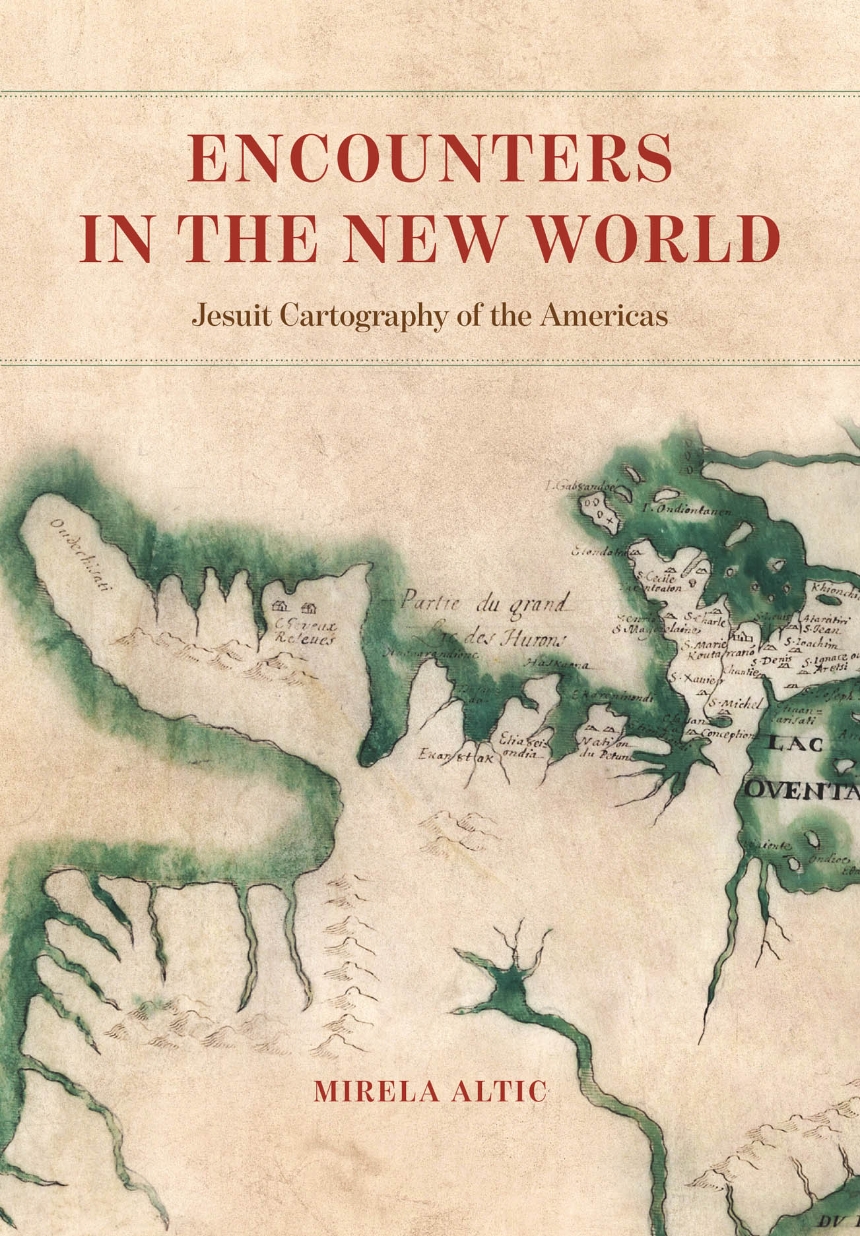 Encounters in the New World

Jesuit Cartography of the Americas

Encounters in the New World

Jesuit Cartography of the Americas

Analyzing more than 150 historical maps, this book traces the Jesuits’ significant contributions to mapping and mapmaking from their arrival in the New World.

In 1540, in the wake of the tumult brought on by the Protestant Reformation, Saint Ignatius of Loyola founded the Society of Jesus, also known as the Jesuits. The Society’s goal was to revitalize the faith of Catholics and to evangelize to non-Catholics through charity, education, and missionary work. By the end of the century, Jesuit missionaries were sent all over the world, including to South America. In addition to performing missionary and humanitarian work, Jesuits also served as cartographers and explorers under the auspices of the Spanish, Portuguese, and French crowns as they ventured into remote areas to find and evangelize to native populations.

In Encounters in the New World, Mirela Altic analyzes more than 150 of their maps, most of which have never previously been published. She traces the Jesuit contribution to mapping and mapmaking from their arrival in the New World into the post-suppression period, placing it in the context of their worldwide undertakings in the fields of science and art. Altic’s analysis also shows the incorporation of indigenous knowledge into the Jesuit maps, effectively making them an expression of cross-cultural communication—even as they were tools of colonial expansion. This ambiguity, she reveals, reflects the complex relationship between missions, knowledge, and empire. Far more than just a physical survey of unknown space, Jesuit mapping of the New World was in fact the most important link to enable an exchange of ideas and cultural concepts between the Old World and the New.

“Encounters in the New World will be the foundational document of a new and potentially fruitful area of study. This history of Jesuit mapping for once gives us a complete understanding of the process of mapmaking within a worldwide corporation, and this is very unusual. Altic’s technical examination of the actual process of mapping seems virtually flawless, relying on a massive knowledge of work in many different languages. This is a masterly conspectus of a theme that has not hitherto been considered as a whole.”

“This book is the most complete study ever produced about Jesuit cartography in the Americas and certainly will be an important reference on the subject. Altic has made extensive, astonishing research in several archives in different countries to achieve an impressive number of more than 150 maps. Very well written and clear, Encounters in the New World will find a large audience of specialists, nonspecialists, and students interested in the history of cartography, the history of science, Jesuits, and colonial America.”

List of Abbreviations
Introduction
1 The History and Concept of Jesuit Mapmaking
1.1 The Organization of the Society of Jesus and Its Educational System
1.2 The Society of Jesus in the Age of Encounter and Exploration
1.3 Cartographers of Heaven and Earth
1.4 The Emergence and Development of Jesuit Cartography in the Americas
1.5 Techniques of Jesuit Mapmaking
1.6 Editorial Interventions into Jesuit maps: Originals and Their Edited Versions
1.7 The Iconography of Jesuit Maps
1.8 The Dissemination of Jesuit Maps and Their Impact on European Cartography
1.9 Changing the Discourse: Post-Suppression Jesuit Cartography
2 The Possessions of the Spanish Crown
2.1 The Viceroyalty of New Spain
2.1.1 The Jesuit Cartographic Endeavor in Florida
2.1.2 Mexico: Missionary Cartography of the Borderlands
2.1.2.1 Ivan Rattkay: Cartographic Pioneer of the Tarahumara Region
2.1.2.2 Adam Gilg and the Art of Surveying in the Province of Sonora
2.1.2.3 Eusebio Francisco Kino and His Followers: Mapping the Northwestern Frontier
2.1.2.4 Cartographic Synthesis from the Time of the Military and Juridical Reorganization of New Spain
2.1.2.5 Mapmaking Attempts in Sinaloa
2.1.2.6 The Jesuit Cartography of Nayarit
2.1.2.7 Juan Nentwig and Bernhard Middendorff: Cartographers of the Pima Uprising and Its Aftermath
2.1.3 Baja California: Revealing a Geographical Enigma
2.1.3.1 Eusebio Francisco Kino and the Appearance of the First Jesuit Maps of Baja California
2.1.3.2 Ferdinand Konščak (Fernando Consag): Confirming the Peninsularity
2.2 The Viceroyalty of Peru
2.2.1 The Province of Peru: Mapping the Moxos Missions
2.2.2 The Jesuit Cartography of Chile: Between Mythology and Utilitarianism
2.2.3 Patagonia: Jesuits at the Southern Edge of the Spanish Empire
2.2.4 The Province of Paraguay and the Río de la Plata: The Cartography of Conflicts and Martyrs
2.2.4.1 Cartographic Reflections of the Treaty of Madrid
2.2.4.2 The Jesuit Cartography of the Guaraní War and Its Aftermath
2.2.4.3 The Post-Suppression Jesuit Cartography of Paraguay
2.2.5 The Province of Quito: Challenging Border Disputes along the Amazon
2.2.5.1 The Post-Suppression Vision of Quito: From Territorialization to Idealism
2.2.6 New Granada: Defense and Commerce in the Orinoco River Region
3 Portuguese Possessions: Brazil
3.1 The Jesuit Mapping of Brazil: Cartography of the Edges of the Empire
3.1.1 Claiming the Amazon and Setting the Northern Brazilian Border with French Guiana
3.1.2 Mapping the Western Edge of the Empire: The Jesuit View of Minas Gerais
3.1.3 At the Southern Edge: The Jesuit Cartography of Colônia do Sacramento, Santa Catarina, and Rio Grande do Sul
3.1.4 Back to the Northern Edge: The Amazon in the Aftermath of the Treaty of Madrid
4 New France: Searching for the Northwest Passage
4.1 The Early Jesuit Mapping of Huronia
4.2 Cartography under Iroquois Attacks: A New Discourse by Francesco Giuseppe Bressani
4.3 Mapping the Western Great Lakes (Huron, Michigan, and Superior)
4.4 Jacques Marquette and His Breakthrough to the Mississippi River
4.5 Pierre Raffeix and His Contribution to the Mapping of the Iroquois Country
4.6 The Final Decline of Jesuit Mapping in New France
Concluding Remarks
Notes
Bibliography
Index 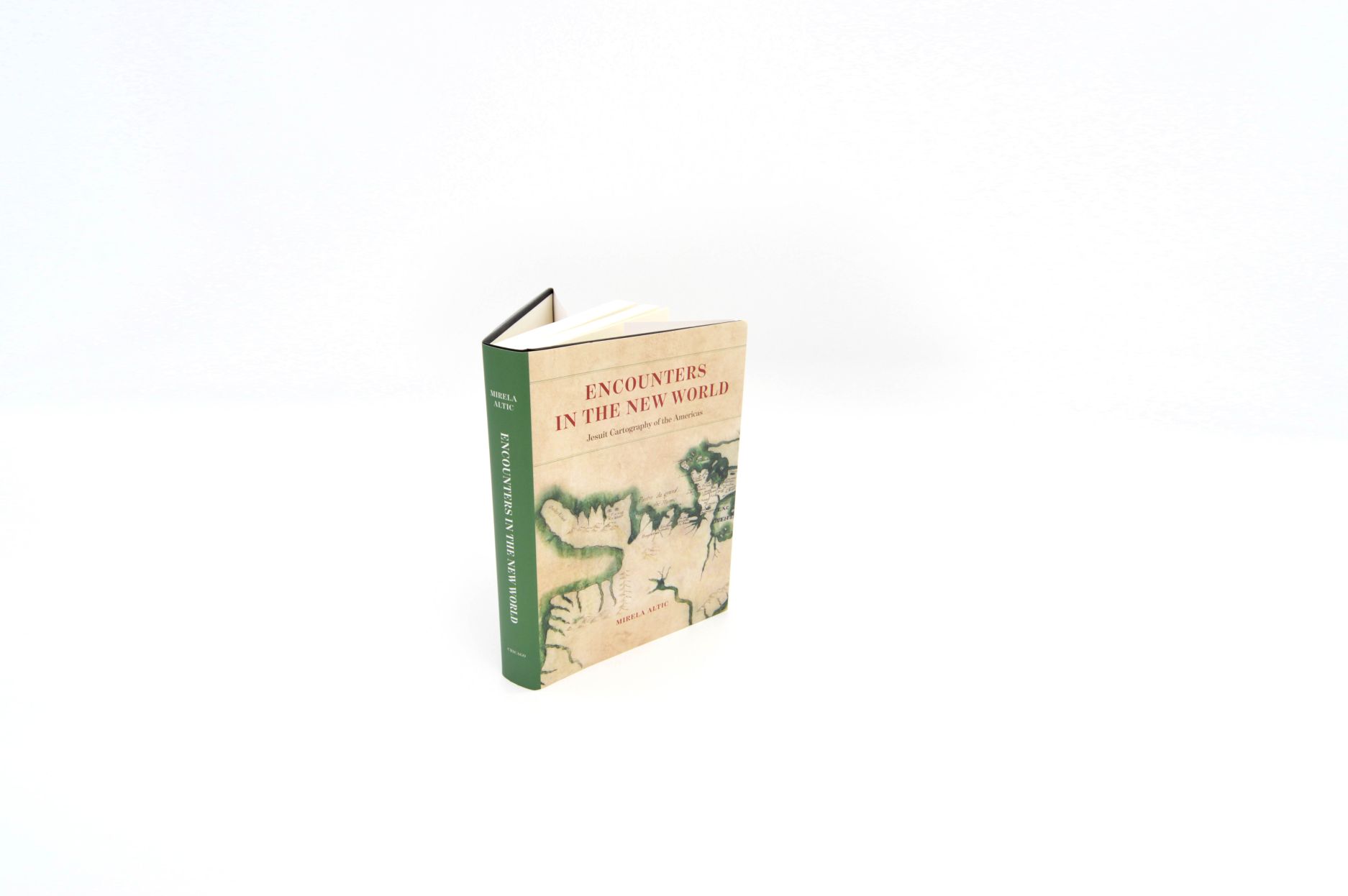 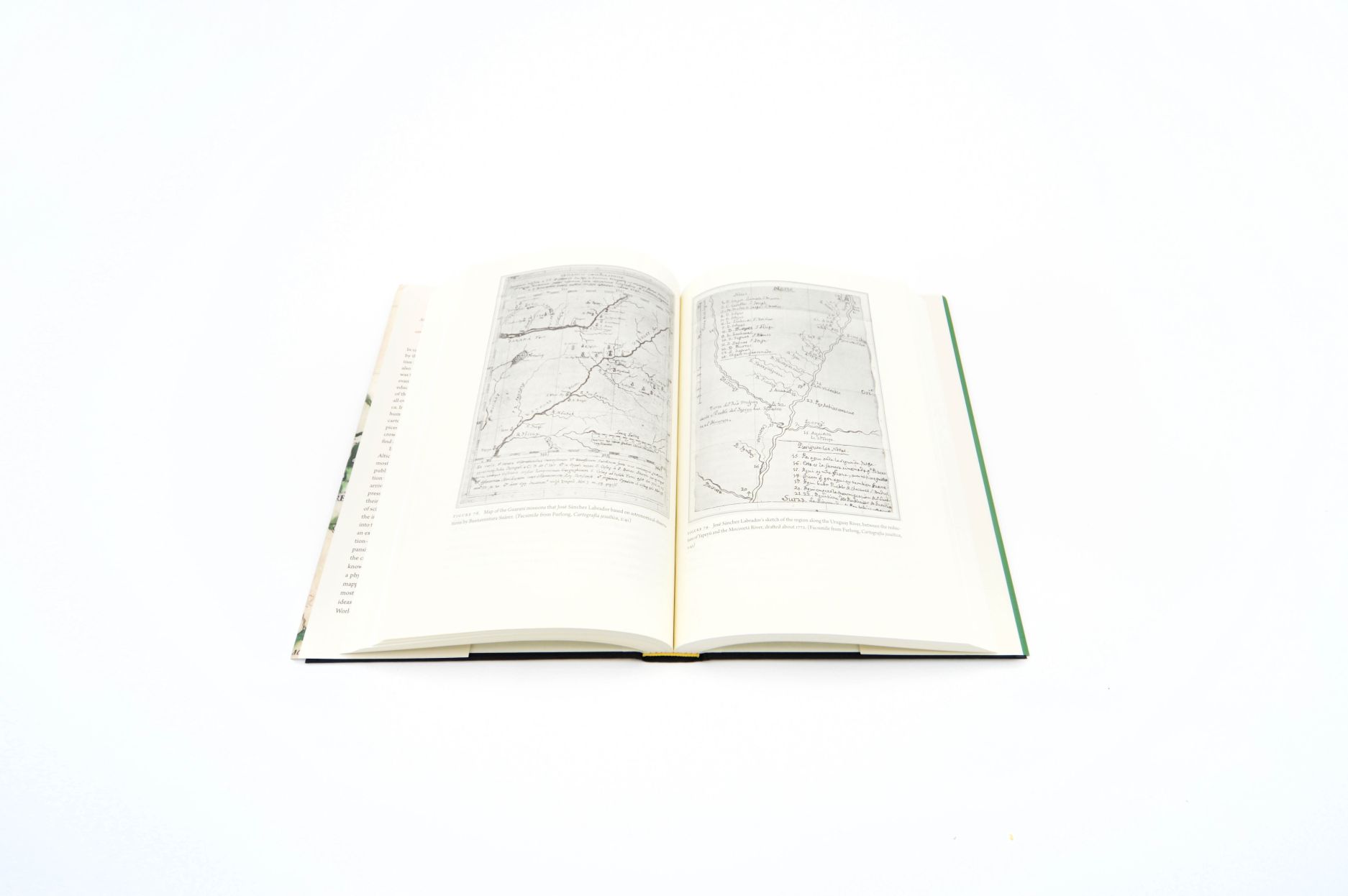 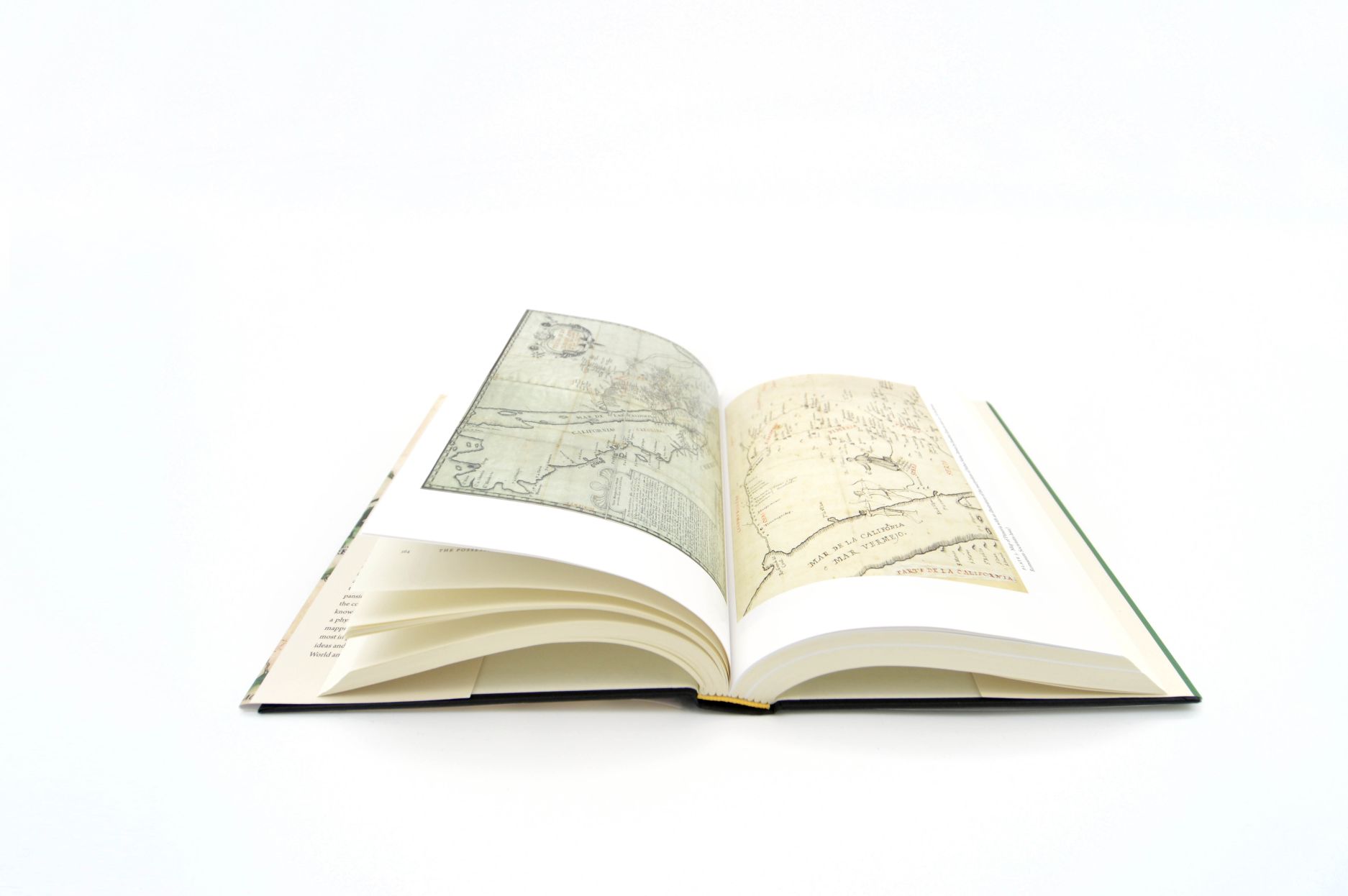 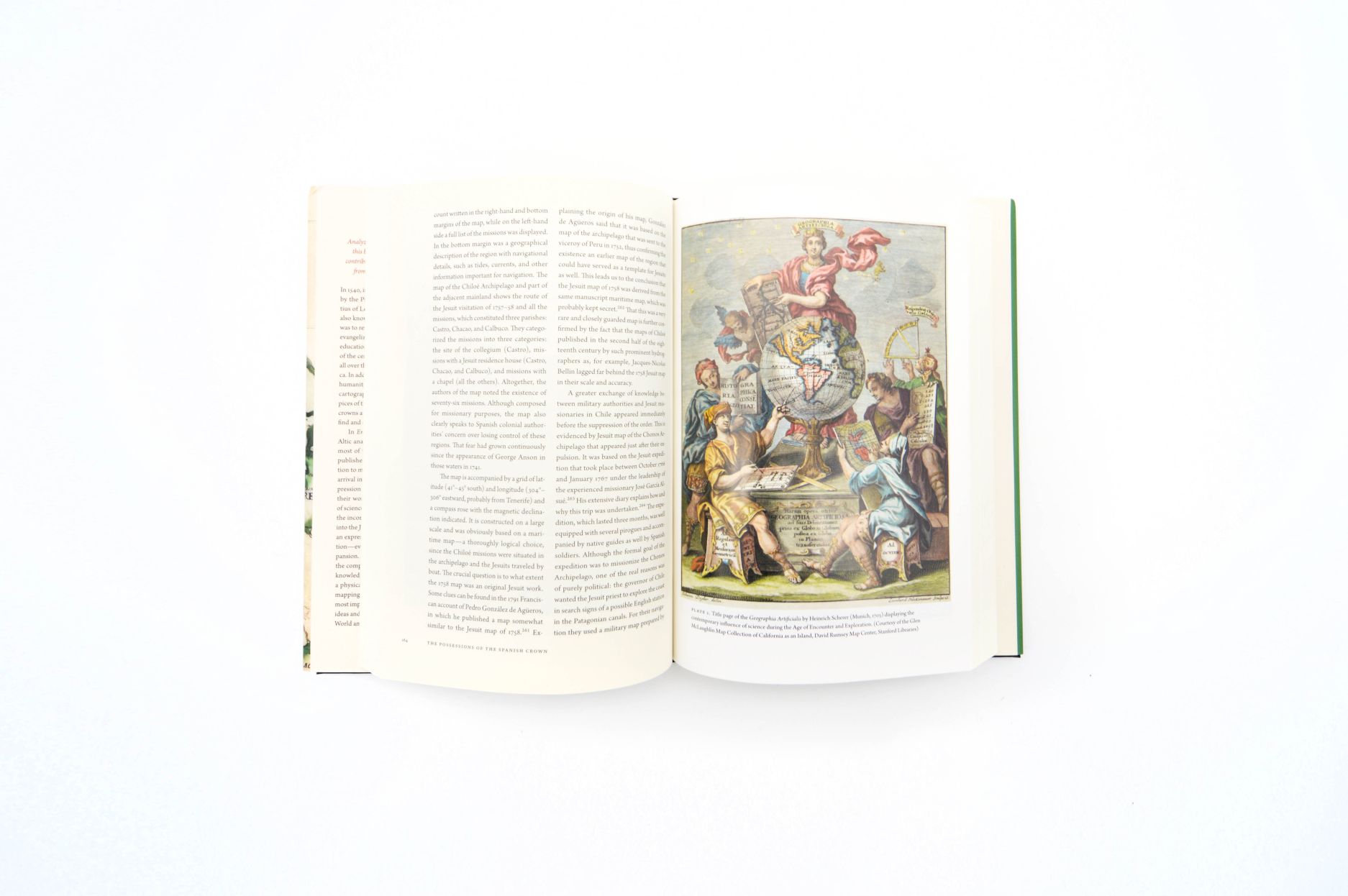 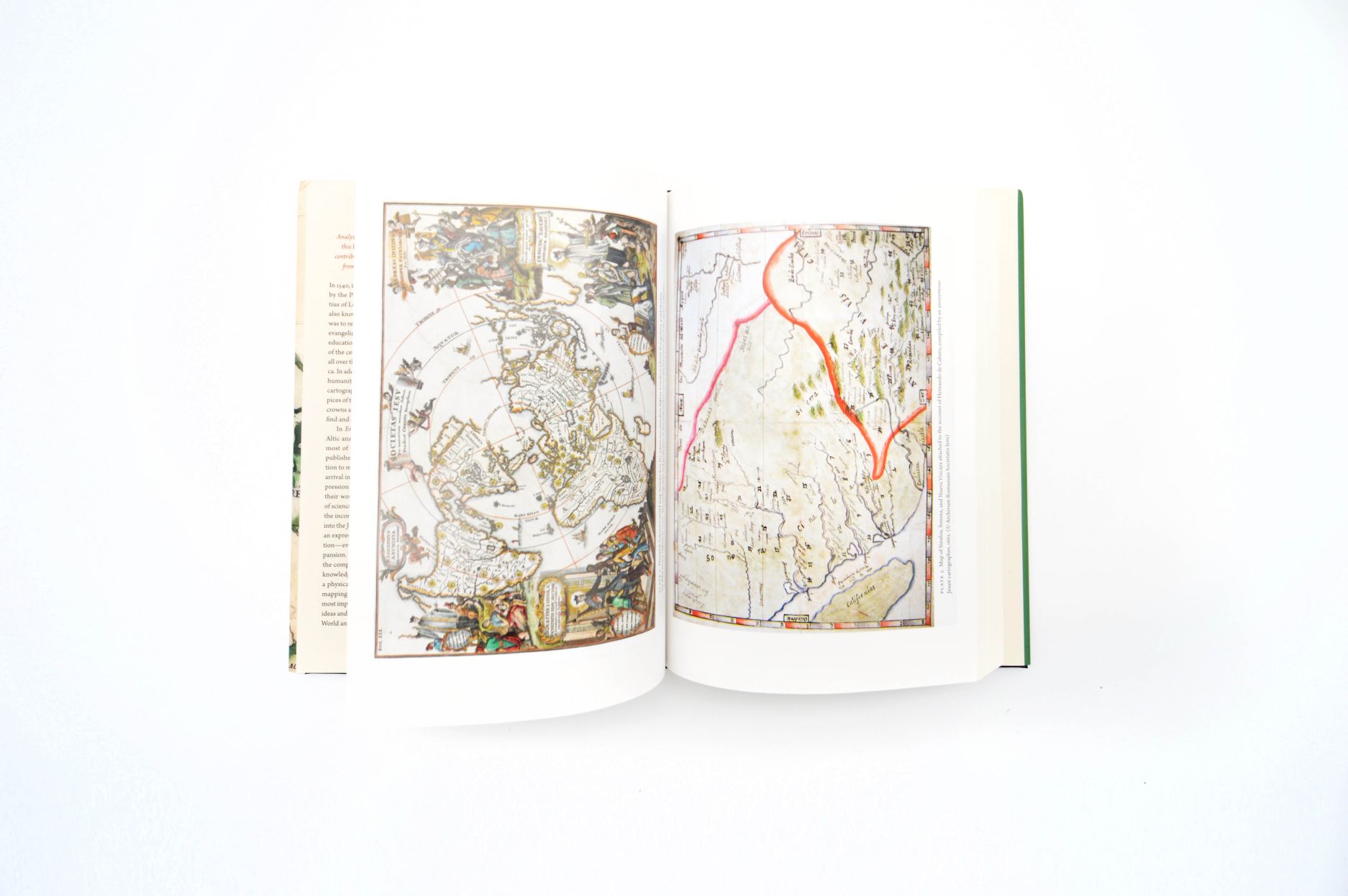 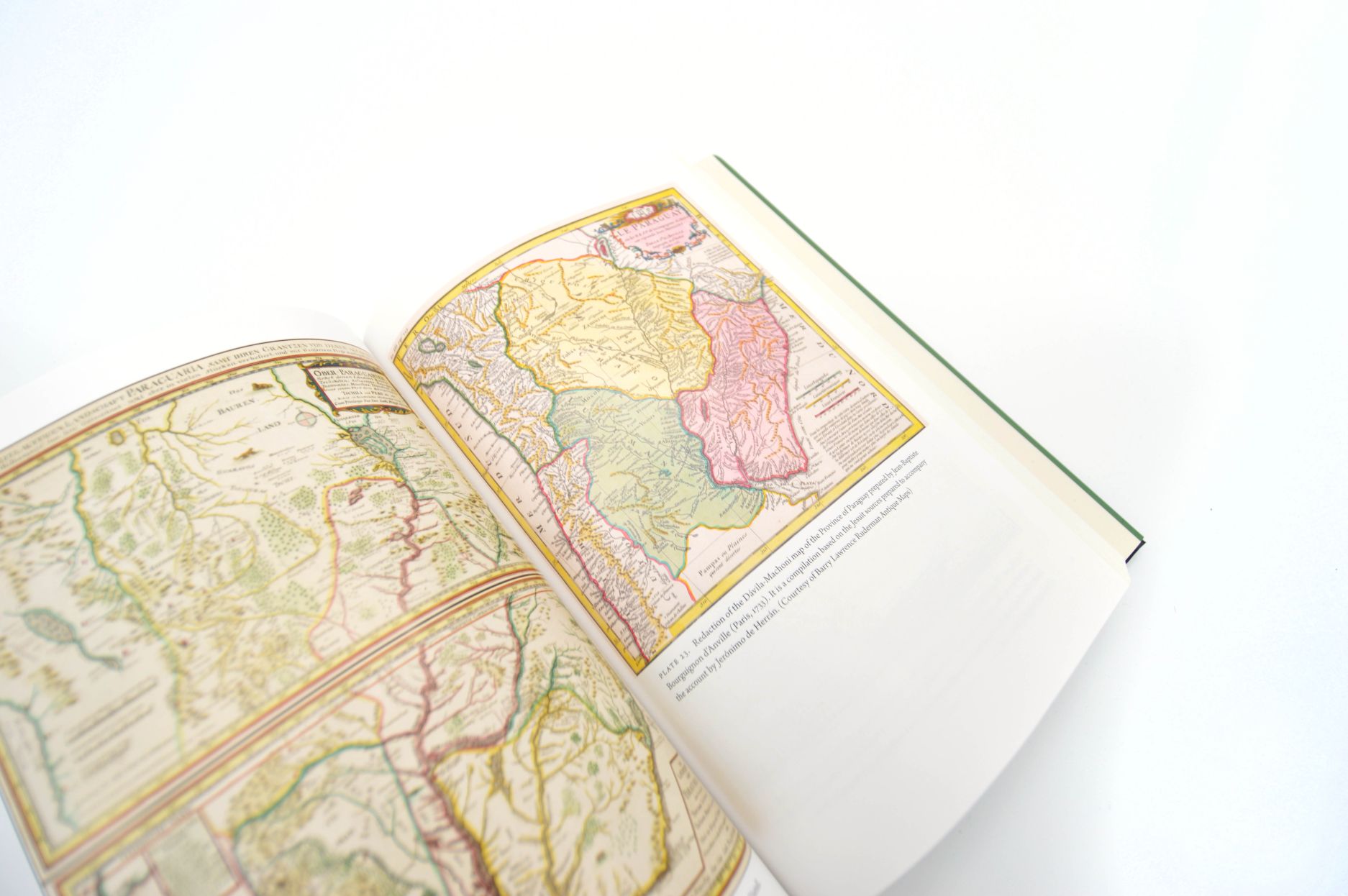