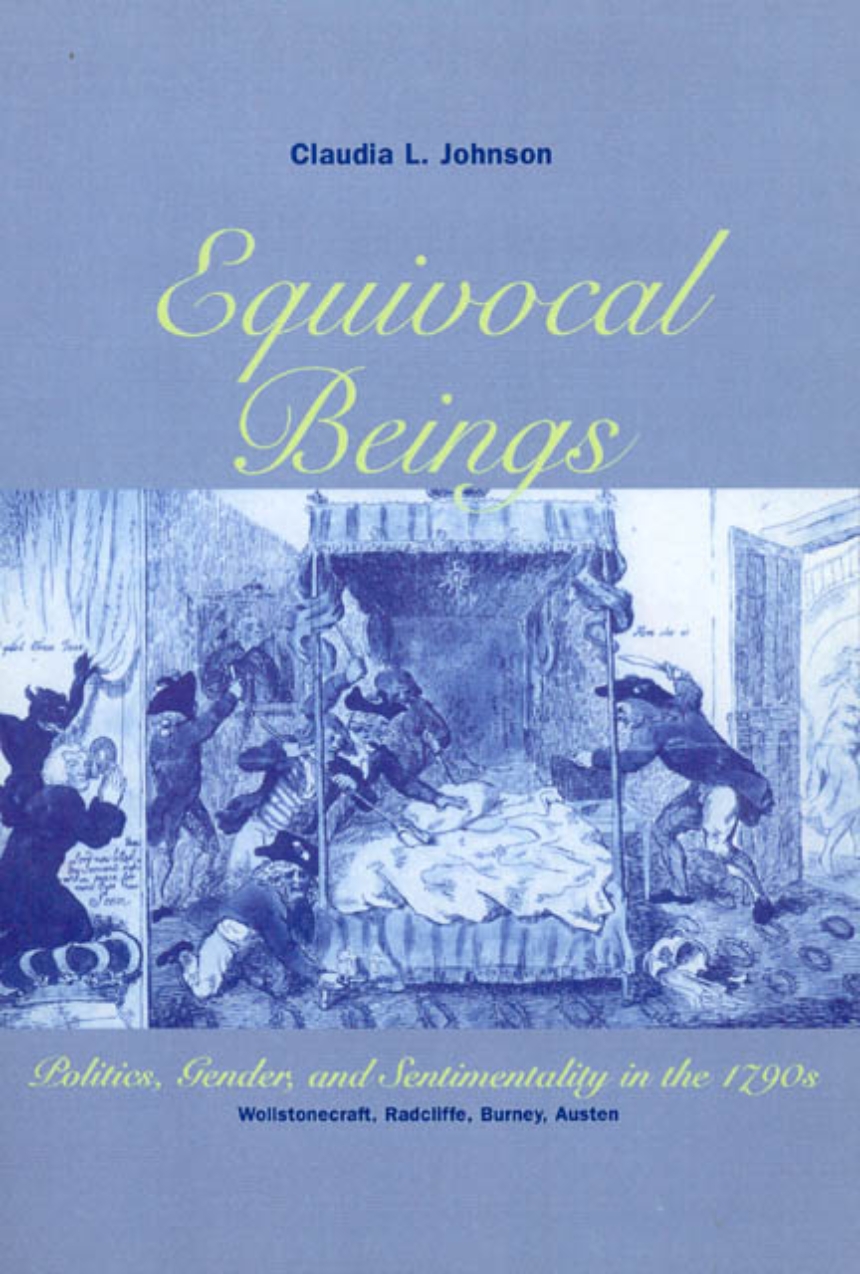 Politics, Gender, and Sentimentality in the 1790s--Wollstonecraft, Radcliffe, Burney, Austen

Politics, Gender, and Sentimentality in the 1790s--Wollstonecraft, Radcliffe, Burney, Austen

In the wake of the French Revolution, Edmund Burke argued that civil order depended upon nurturing the sensibility of men—upon the masculine cultivation of traditionally feminine qualities such as sentiment, tenderness, veneration, awe, gratitude, and even prejudice. Writers as diverse as Sterne, Goldsmith, Burke, and Rousseau were politically motivated to represent authority figures as men of feeling, but denied women comparable authority by representing their feelings as inferior, pathological, or criminal. Focusing on Mary Wollstonecraft, Ann Radcliffe, Frances Burney, and Jane Austen, whose popular works culminate and assail this tradition, Claudia L. Johnson examines the legacy male sentimentality left for women of various political persuasions.

Demonstrating the interrelationships among politics, gender, and feeling in the fiction of this period, Johnson provides detailed readings of Wollstonecraft, Radcliffe, and Burney, and treats the qualities that were once thought to mar their work—grotesqueness, strain, and excess—as indices of ideological conflict and as strategies of representation during a period of profound political conflict. She maintains that the reactionary reassertion of male sentimentality as a political duty displaced customary gender roles, rendering women, in Wollstonecraft’s words, "equivocal beings."

Women in Culture and Society

Foreword by Catharine R. Stimpson
Acknowledgments
Abbreviations
Introduction: The Age of Chivalry and the Crisis of Gender
Pt. 1: Mary Wollstonecraft
1: The Distinction of the Sexes: The Vindications
2: Embodying the Sentiments: Mary and The Wrongs of Woman
Pt. 2: Ann Radcliffe
3: Less than Man and More than Woman: The Romance of the Forest
4: The Sex of Suffering: The Mysteries of Udolpho
5: Losing the Mother in the Judge: The Italian
Pt. 3: Frances Burney
6: Statues, Idiots, Automatons: Camilla
7: Vindicating the Wrongs of Woman: The Wanderer
Afterword: Jane Austen "Not at all what a man should be!": Remaking English Manhood in Emma
Notes
Index
Back to top