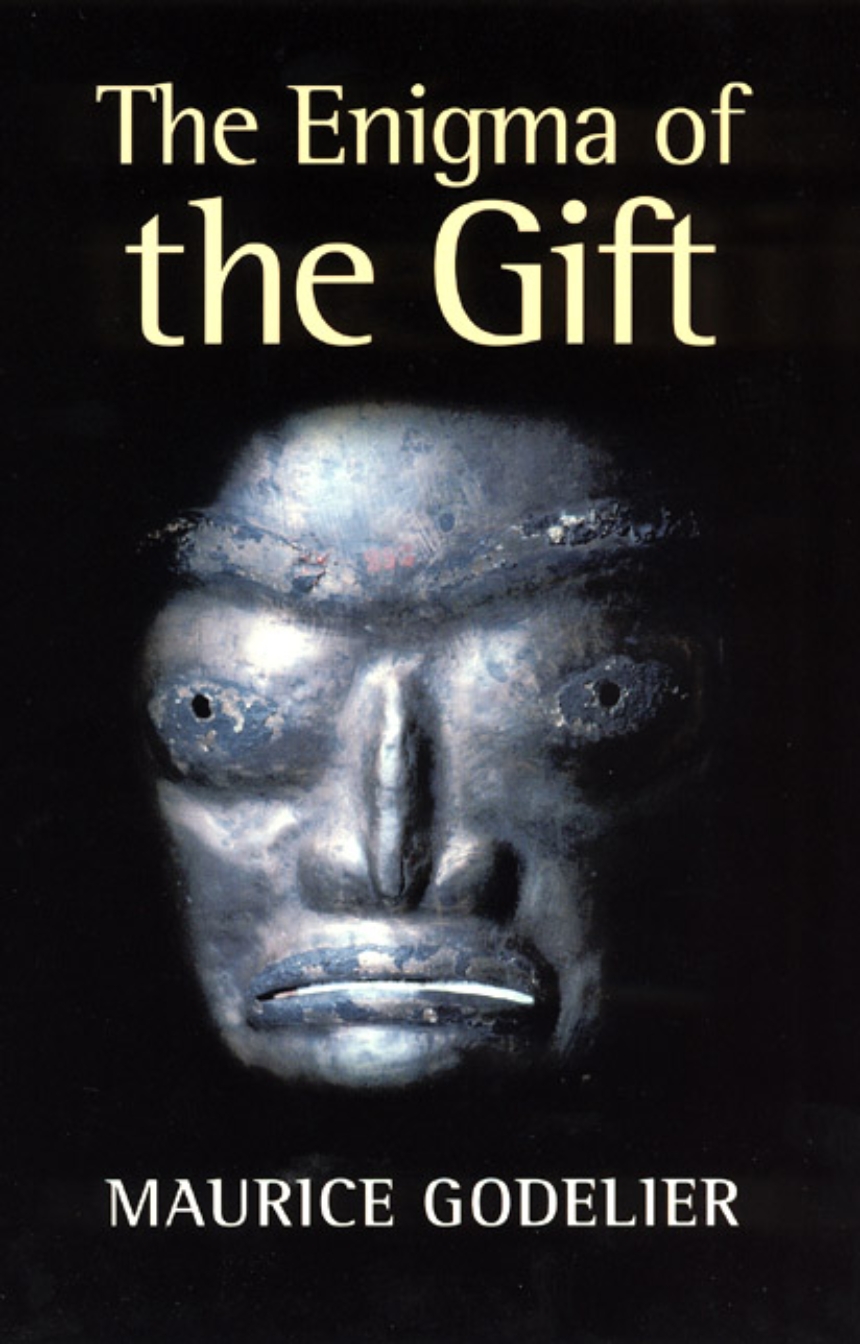 The Enigma of the Gift

The Enigma of the Gift

Translated by Nora Scott
When we think of giving gifts, we think of exchanging objects that carry with them economic or symbolic value. But is every valuable thing a potentially exchangeable item, whose value can be transferred? In The Enigma of the Gift, the distinguished French anthropologist Maurice Godelier reassesses the significance of gifts in social life by focusing on sacred objects, which are never exchanged despite the value they possess.

Beginning with an analysis of the seminal work of Marcel Mauss and Claude Lévi-Strass, and drawing on his own fieldwork in Melanesia, Godelier argues that traditional theories are flawed because they consider only exchangeable gifts. By explaining gift-giving in terms of sacred objects and the authoritative conferral of power associated with them, Godelier challenges both recent and traditional theories of gift-giving, provocatively refreshing a traditional debate.

Elegantly translated by Nora Scott, The Enigma of the Gift is at once a major theoretical contribution and an essential guide to the history of the theory of the gift.

Acknowledgements
Introduction - Concerning Things that are Given, Things that are Sold and Things that must not be Given or Sold, but Kept
1. The Legacy of Mauss
A masterwork in chiaroscuro
The simple reason behind a reputation: a powerful globe vision of gift-exchange as a concatenation of three obligations
Gift-giving, a double-edged relationship
The enigma of the gift and Mauss’ solution
Mauss mystified by indigenous theories: Lévi-Strauss’ critique
Re-examining Lévi-Strauss’ critique of Marcel Mauss
Lévi-Strauss’ solution to the enigma: "floating signifiers"
Language’s big bang and the symbolic origin of society
Lévi-Strauss’ postulate: the primacy of the symbolic over the imaginary
Forgetting the fourth obligation (men’s gifts to the gods and to their representatives)
A forgotten Mauss
Concerning things that can be given and things that must be kept (Annette Weiner and the paradox of the gift)
Concerning the twin foundations of society
A critique of Mauss which completes his theory and takes other approaches as well
A brief analysis of an example of non-agonistic gift and counter-gift
No sooner given than returned (is there such a thing as an absurd gift?)
Is the hau really the key to the mystery? (or how Mauss read the lesson of the sage Tamati Ranaipiri, from the Ngati-Raukawa tribe, as collected by the ethnologist Elsdon Best in 1909)
Potlatch: the gift-exchange that fascinated Mauss
The kula (a Melanesian example of potlatch according to Mauss)
Moka
Things do not move about without reason or of their own accord
2. Substitute Objects for Humans and for the Gods
Sacred objects, precious objects and currency objects among the Baruya of New Guinea
Concerning the things one keeps among the Baruya
Sacred objects as gifts from the Sun, the Moon or the spirits to the Baruya’s mythic ancestors
Are sacred objects symbols?
What is concealed inside a sacred object
The men’s theft of the flutes
On the sublime
Concerning things that the Baruya produce to give or exchange
Baruya shell necklaces and "valuable" objects
Gifts between friends
Recapitulation of the things that are given, those that are kept and those that are exchanged among the Baruya
Hypothesis on the emergence and development of potlatch societies
What is the place of potlatch societies in history?
What is a valuable?
On the metamorphosis of an object of trade into a gift object or a sacred object
3. The Sacred
What is the sacred?
Concerning sacred objects as the presence-absence of man and society
Concerning repressed things which enable humans to live in society
Concerning the unequal gifts that, from the outset, gods, spirits, and humans have given each other
Concerning the critical function of the social sciences
4. The Dis-enchanted Gift
Concerning the necessary anchor points for fixing the identities of societies and individuals in time
Concerning that which stands beyond the market in a market society
The return of the gift and the displacement of the enigma
Bibliography
Notes
Index