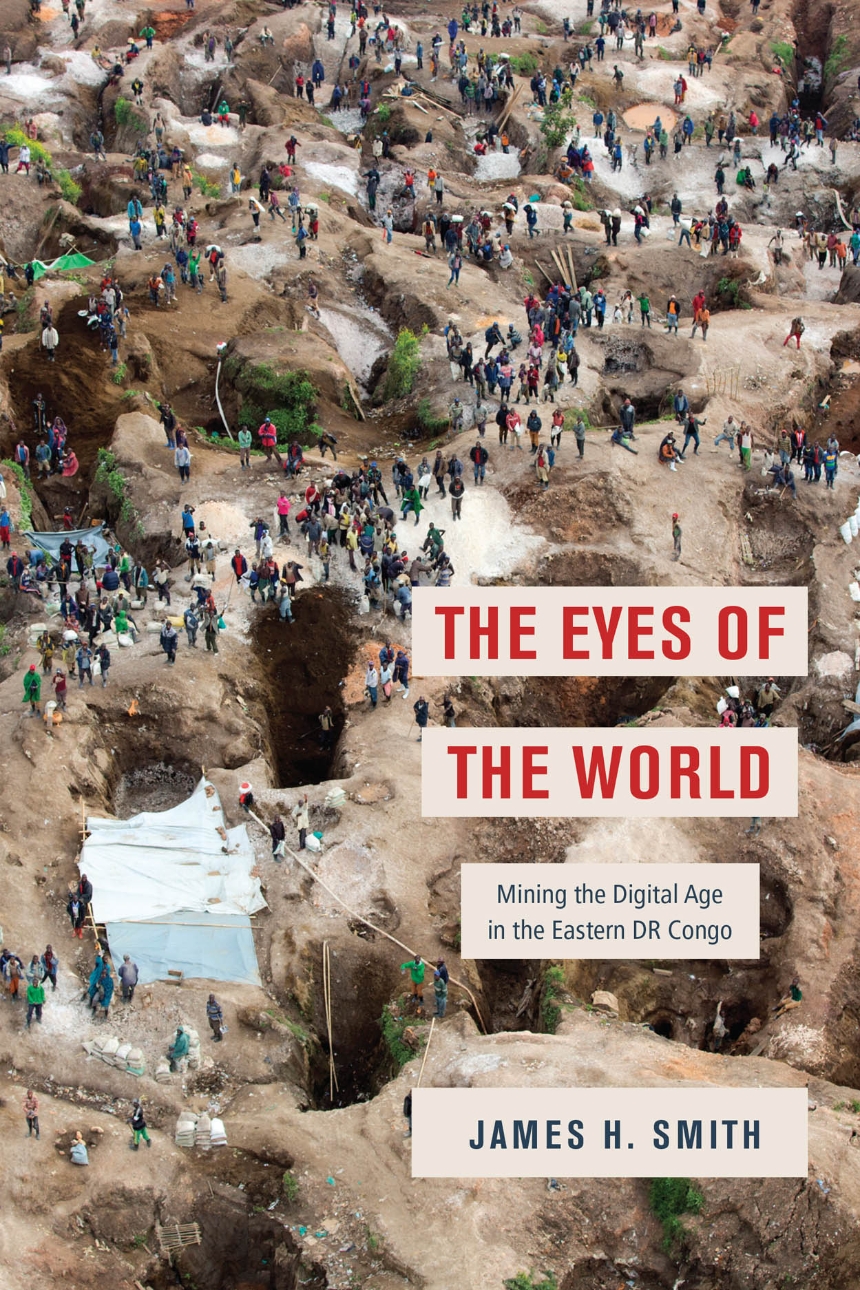 The Eyes of the World

Mining the Digital Age in the Eastern DR Congo

The Eyes of the World

Mining the Digital Age in the Eastern DR Congo

The Eyes of the World focuses on the lives and experiences of Eastern Congolese people involved in extracting and transporting the minerals needed for digital devices.

The digital devices that, many would argue, define this era exist not only because of Silicon Valley innovations but also because of a burgeoning trade in dense, artisanally mined substances like tantalum, tin, and tungsten. In the tentatively postwar Eastern DR Congo, where many lives have been reoriented around artisanal mining, these minerals are socially dense, fueling movement and innovative collaborations that encompass diverse actors, geographies, temporalities, and dimensions. Focusing on the miners and traders of some of these “digital minerals,” The Eyes of the World examines how Eastern Congolese understand the work in which they are engaged, the forces pitted against them, and the complicated process through which substances in the earth and forest are converted into commodified resources. Smith shows how violent dispossession has fueled a bottom-up social theory that valorizes movement and collaboration—one that directly confronts both private mining companies and the tracking initiatives implemented by international companies aspiring to ensure that the minerals in digital devices are purified of blood.

Economics and Business: Business--Industry and Labor, Economics--Agriculture and Natural Resources

"Chock-full of fascinating details on the people and communities that have lived off mining in the chaos of the wars in Congo."

"Beautiful and evocative. . . . Smith produces one of the richest and most thought-provoking ethnographies I have read in a very long time. The Eyes of the World is likely to become an anthropological classic."

“Blood minerals: a global cause ‘intended to do one thing, but under the surface, invisible to many, . . .  doing something else.’ Smith offers a whirlwind of research on the varied actors who extract coltan—often in the ruins of colonial concessions—making it available to international markets. The Eyes of the World skillfully cuts through metropolitan stereotypes, drawing readers instead into the astounding vortex of the mines.”

“A riveting, wonderful potpourri of story, theory, and history. The Eyes of the World hugs closely to people’s lives, words, and theories, vividly unpacking multiple dimensions of movement in the mining of those digital minerals that end up in global devices. One of the most brilliant, important, and utterly teachable ethnographies to appear on Congo in a long time.”

“Smith gives us a rare glimpse into the complex dynamics of otherwise largely invisible local worlds that do nonetheless matter on a global scale. A great observer and talented narrator, he convincingly argues how, in the vortex of these Congolese mining worlds, destructive forms of extra-statecraft undid existing socio-cultural assemblages while generating the basis for new transformative orders.”

Part One: Orientations
Prologue: An Introduction to the Personal, Methodological, and Spatiotemporal Scales of the Project
1. The Eyes of the World: Themes of Movement, Visualization, and (Dis)embodiment in Congolese Digital Minerals Extraction (an Introduction)
Part Two: Mining Worlds
2. War Stories: Seeing the World through War
3. The Magic Chain: Interdimensional Movement in the Supply Chain for the “Black Minerals”
4. Mining Futures in the Ruins
Part Three: The Eyes of the World on Bisie and the Game of Tags
5. Bisie during the Time of Movement
6. Insects of the Forest
7. The Battle of Bisie
8. Closure
9. Game of Tags: Supply Chain Auditing as Purification Project
Conclusion: Chains, Holes, and Wormholes
Acknowledgments
Notes
Bibliography
Index