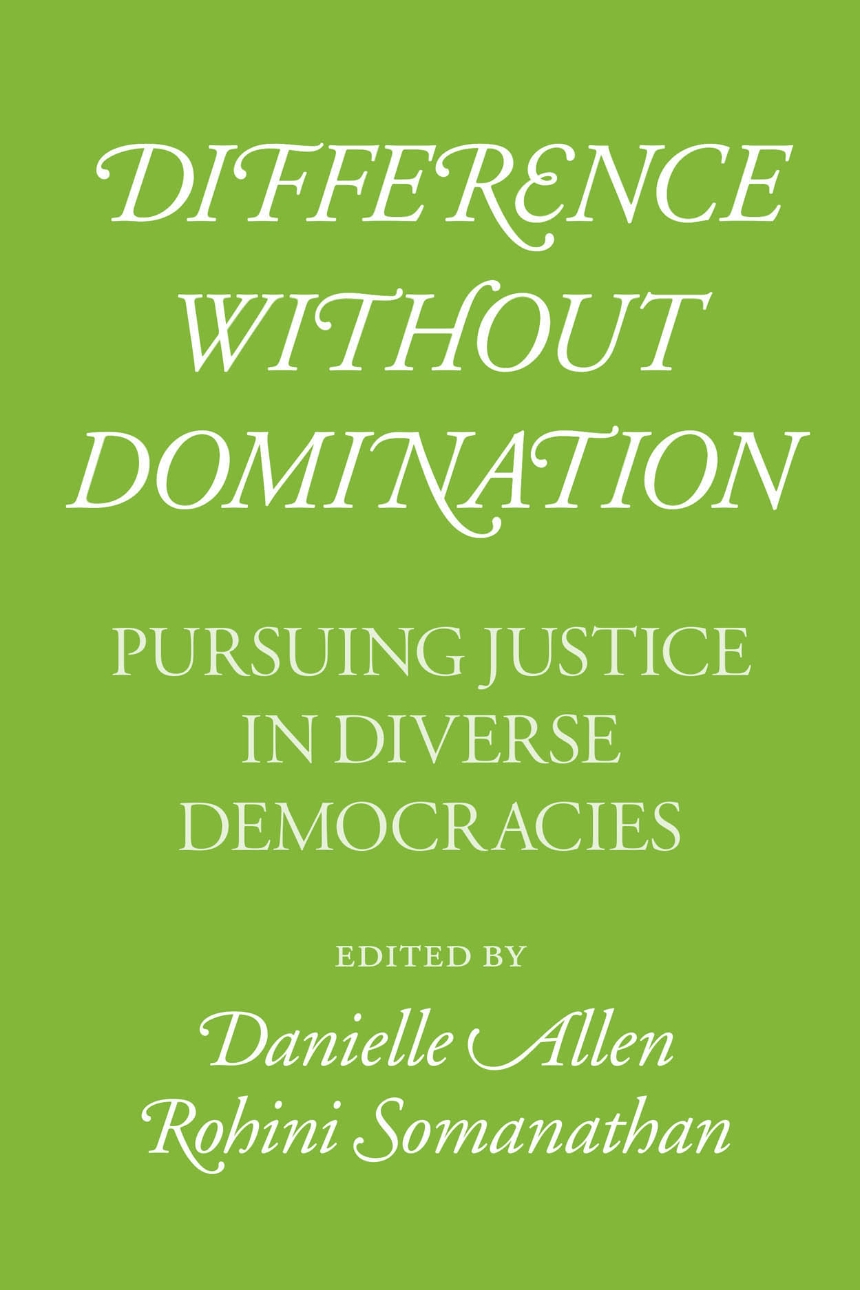 Around the globe, democracy appears broken. With political and socioeconomic inequality on the rise, we are faced with the urgent question of how to better distribute power, opportunity, and wealth in diverse modern societies. This volume confronts the dilemma head-on, exploring new ways to combat current social hierarchies of domination.

Using examples from the United States, India, Germany, and Cameroon, the contributors offer paradigm-changing approaches to the concepts of justice, identity, and social groups while also taking a fresh look at the idea that the demographic make-up of institutions should mirror the make-up of a populace as a whole. After laying out the conceptual framework, the volume turns to a number of provocative topics, among them the pernicious tenacity of implicit bias, the logical contradictions inherent to the idea of universal human dignity, and the paradoxes and problems surrounding affirmative action. A stimulating blend of empirical and interpretive analyses, Difference without Domination urges us to reconsider the idea of representation and to challenge what it means to measure equality and inequality.

“Difference without Domination is an ambitious volume that aims to reconfigure the discourses on democracy, egalitarianism, and justice in an increasingly diverse world. This brilliant volume has the potential to transform profoundly how we comprehend democracy and difference, and it promises visions of egalitarian futures devoid of domination.”

“Difference without Domination is a unique contribution to an emerging literature on how ideas about democracy affect, and are affected by, concepts and practices pertaining to equality, egalitarianism, and domination. The contributors range from the disciplines of history, philosophy, economics, to political science, psychology, and brain sciences, forging encounters and dialogue across boundaries to assess the aforementioned concepts and their capacity to interrogate domination as lived experience. Allen and Somanathan have performed a service in encouraging and framing what are often—in academic and in daily life—difficult conversations.”

"Eleven papers explore how social diversity, especially race, should inform thinking about both justice and democracy, providing the bases for new and complementary paradigms for both normative and positive engagements with issues of injustice and inequality. Papers discuss how difference without domination should replace, or at least supplement, the Rawlsian difference principle in the social and economic realms."

Part I Difference without Domination

1 * A New Theory of Justice: Difference without Domination
Danielle Allen

3 * Crime and Punishment in a Divided Society
Rajiv Sethi

Part III The Limits of Mirroring: New Approaches to Representation, Measurement, and Membership

9 * Contributing to a Society of Equals: Affirmative Action beyond the “Distributive Paradigm”
Urs Lindner

10 * The Measurement and Mismeasurement of Social Difference
Rohini Somanathan

11 * Immigration, Membership, and Justice: On the Right to Bring Others into the Polity
Claudio López-Guerra