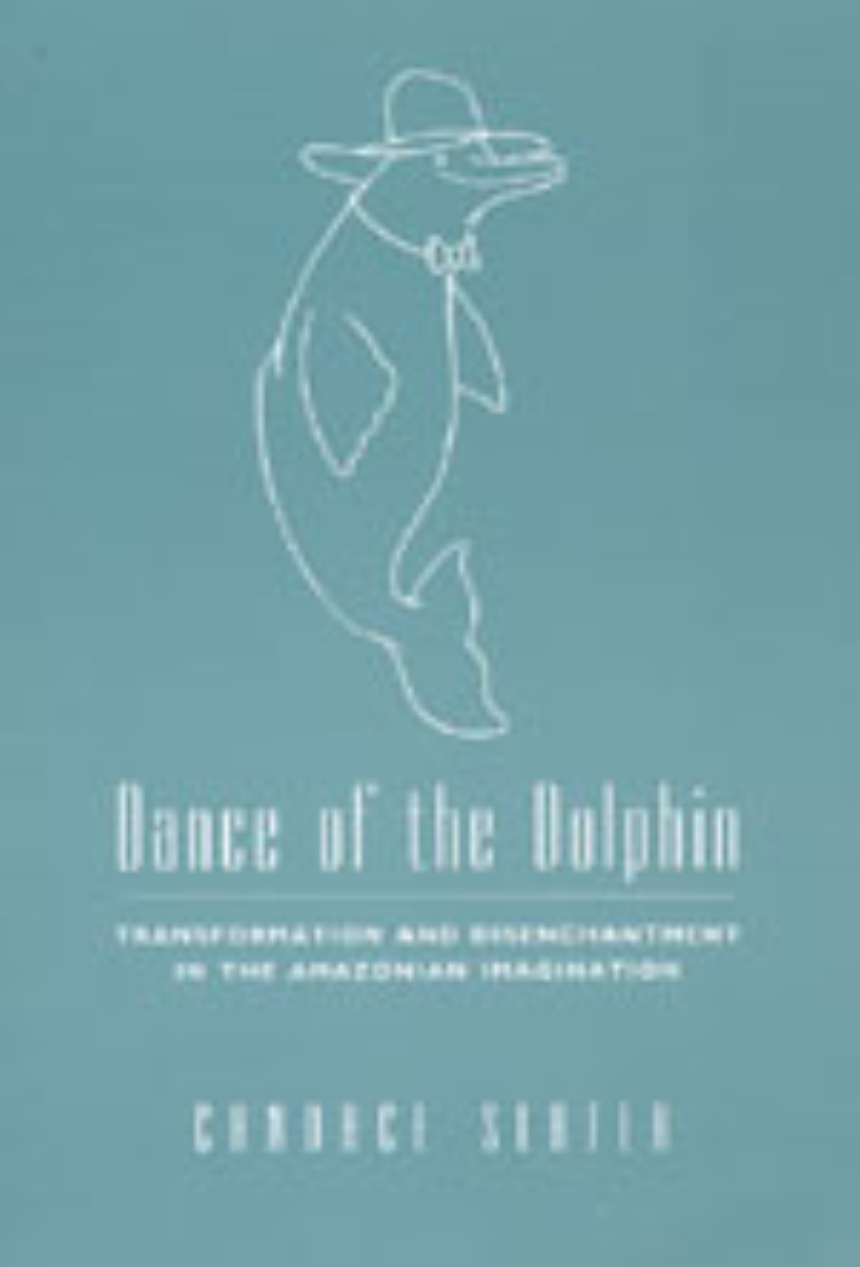 Dance of the Dolphin

Transformation and Disenchantment in the Amazonian Imagination

Dance of the Dolphin

Transformation and Disenchantment in the Amazonian Imagination

In folktales told throughout much of the Brazilian Amazon, dolphins take human form, attend raucous dances and festivals, seduce men and women, and carry them away to a city beneath the river. They are encantados, or Enchanted Beings, capable of provoking death or madness, but also called upon to help shamanic healers. Male dolphins—accomplished dancers who appear dressed in dapper straw hats, white suits, and with shiny black shoes—reportedly father numerous children. The females are said to lure away solitary fishermen. Both sinister and charming, these characters resist definition and thus domination; greedy and lascivious outsiders, they are increasingly symbolic of a distinctly Amazonian culture politically, socially, economically, and environmentally under seige.

Candace Slater examines these stories in Dance of the Dolphin, both as folk narratives and as representations of culture and conflict in Amazonia. Her engaging study discusses the tales from the viewpoints of genre, performance, and gender, but centers on them as responses to the great changes sweeping the Amazon today. According to Slater, these surprisingly widespread tales reflect Amazonians’ own mixed reactions to the ongoing destruction of the rainforest and the resulting transformations in the social as well as physical landscape. Offering an informed view of Brazilian culture, this book crosses the boundaries of folklore, literature, anthropology, and Latin American studies. It is one of the very few studies to offer an overview of the changes taking place in Amazonia through the eyes of ordinary people.

"This book is a rich collection of stories about the transformation of dolphins in the city of enchantment. . . . The joy in this book is not just its vibrant analysis and careful relating of tradition and lore, but also its uncanny accurateness in capturing the very essence of Amazonia."-Darrell Posey, Journal of Latin American Studies
"Slater’s fluid prose reads like a novel for those interested in Amazonian culture and folklore, while her integrated approach makes this a must read for those interested in innovative methodology."-Lisa Gabbert, Western Folklore