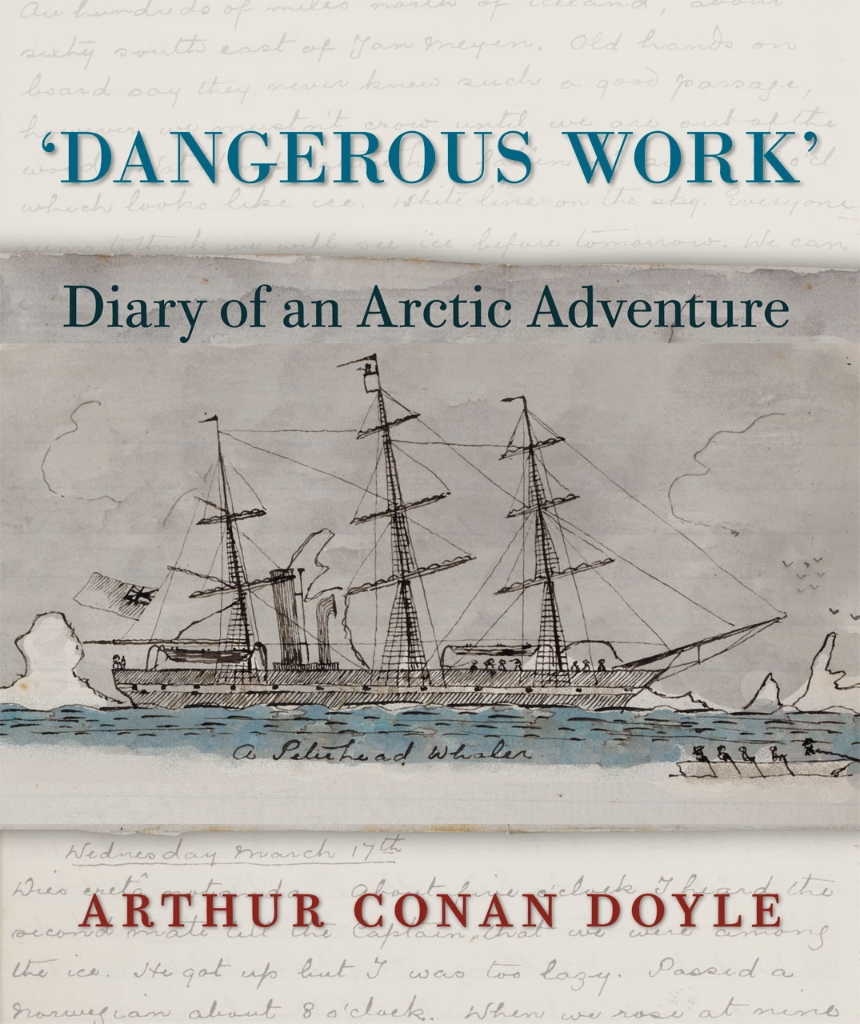 This e-book features the complete text found in the print edition of Dangerous Work, without the illustrations or the facsimile reproductions of Conan Doyle’s notebook pages.

In 1880 a young medical student named Arthur Conan Doyle embarked upon the “first real outstanding adventure” of his life, taking a berth as ship’s surgeon on an Arctic whaler, the Hope. The voyage took him to unknown regions, showered him with dramatic and unexpected experiences, and plunged him into dangerous work on the ice floes of the Arctic seas. He tested himself, overcame the hardships, and, as he wrote later, “came of age at 80 degrees north latitude.”
Conan Doyle’s time in the Arctic provided powerful fuel for his growing ambitions as a writer. With a ghost story set in the Arctic wastes that he wrote shortly after his return, he established himself as a promising young writer. A subsequent magazine article laying out possible routes to the North Pole won him the respect of Arctic explorers. And he would call upon his shipboard experiences many times in the adventures of Sherlock Holmes, who was introduced in 1887’s A Study in Scarlet.
Out of sight for more than a century was a diary that Conan Doyle kept while aboard the whaler. Dangerous Work: Diary of an Arctic Adventure makes this account available for the first time. With humor and grace, Conan Doyle provides a vivid account of a long-vanished way of life at sea. His careful detailing of the experience of arctic whaling is equal parts fascinating and alarming, revealing the dark workings of the later days of the British whaling industry. In addition to the transcript of the diary, the e-book contains two nonfiction pieces by Doyle about his experiences; and two of his tales inspired by the journey.
To the end of his life, Conan Doyle would look back on this experience with awe: “You stand on the very brink of the unknown,” he declared, “and every duck that you shoot bears pebbles in its gizzard which come from a land which the maps know not. It was a strange and fascinating chapter of my life.” Only now can the legion of Conan Doyle fans read and enjoy that chapter.

Print editions, including all illustrations, are also available.

Transcript of the diary

Two non-fiction pieces by Arthur Conan Doyle about his experiences: ‘The Glamour of the Arctic’ (The Idler, July 1892) and ‘Life on a Greenland Whaler’ (The Strand Magazine, January 1897)

Fiction pieces by Arthur Conan Doyle inspired by the voyage: ‘The Captain of the Pole Star’ (Temple Bar, 1883), ‘J. Habakuk Jephson’s Statement’ (The Cornhill, 1884) and ‘The Adventure of Black Peter’, a Sherlock Holmes story of 1904.