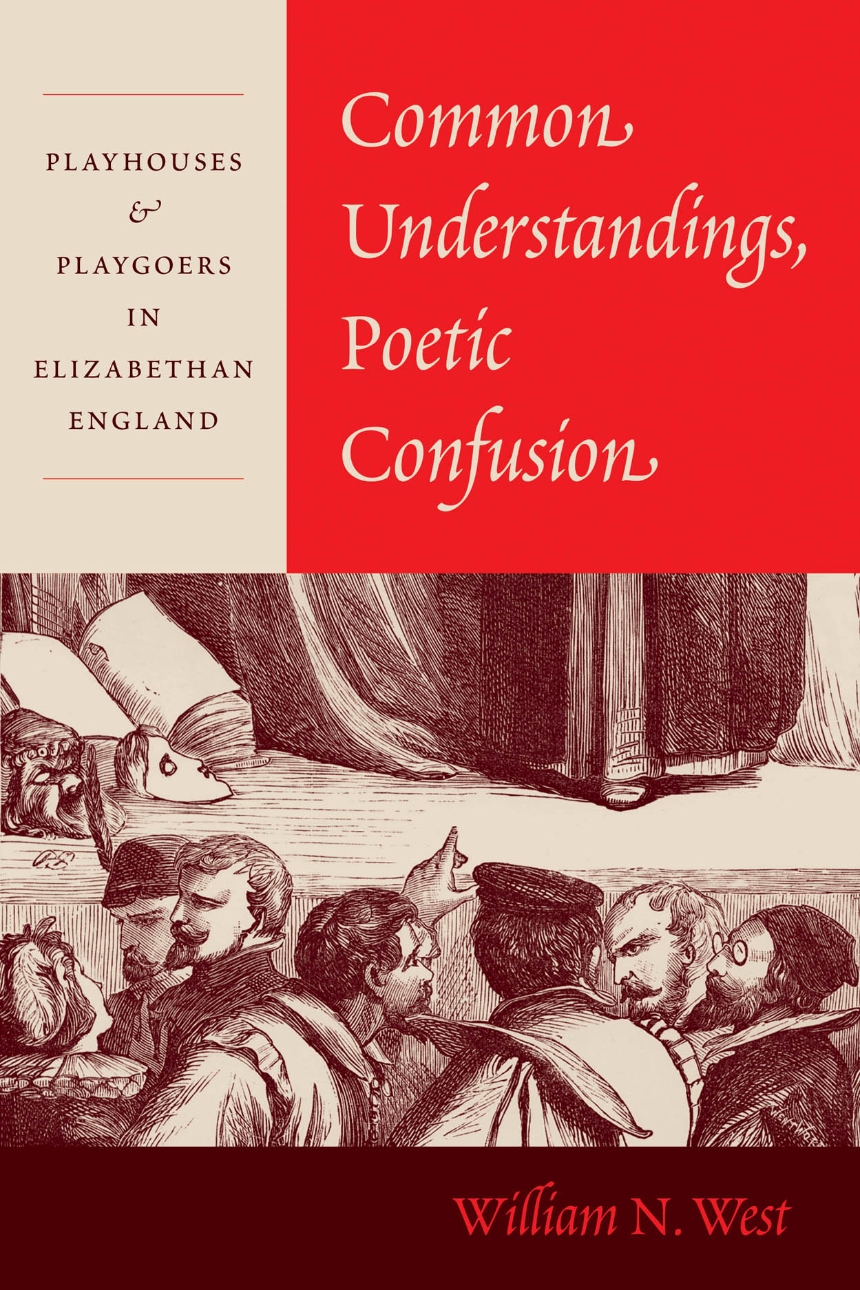 Playhouses and Playgoers in Elizabethan England

Playhouses and Playgoers in Elizabethan England

A new account of playgoing in Elizabethan England, in which audiences participated as much as performers.

What if going to a play in Elizabethan England was more like attending a football match than a Broadway show—or playing in one? In Common Understandings, Poetic Confusion, William N. West proposes a new account of the kind of participatory entertainment expected by the actors and the audience during the careers of Shakespeare and his contemporaries. West finds surprising descriptions of these theatrical experiences in the figurative language of early modern players and playgoers—including understanding, confusion, occupation, eating, and fighting. Such words and ways of speaking are still in use today, but their earlier meanings, like that of theater itself, are subtly, importantly different from our own. Playing was not confined to the actors on the stage but filled the playhouse, embracing audiences and performers in collaborative experiences that did not belong to any one alone but to the assembled, various crowd.  What emerged in playing was a kind of thinking and feeling distributed across persons and times that were otherwise distinct. Thrown apples, smashed bottles of beer, and lumbering bears—these and more gave verbal shape to the physical interactions between players and playgoers, creating circuits of exchange, production, and consumption.

“This exhilarating book reveals, in vivid detail, what early modern theater was like as an experience. By investigating not playing itself, but metaphors about it, West shows how theater was viewed at the time—as a place of fear or wonder, described in terms of chaos, fighting, being in a siege, eating, dancing. Common Understandings, Poetic Confusion enables us to understand, as never before, the edginess, thrill, and danger of plays and performance in the time of Shakespeare.”

“A dazzling account of how early modern playgoers experienced theater in the decades between 1575 and 1610, Common Understandings, Poetic Confusion links theatrical knowing and feeling to shared corporeal events and bodily sensations. Theoretically rich and brimming with telling examples, West’s book shows how the habitus of early modern playgoing was created by collective acts as simple as eating, drinking, and remembering within the bounded space of the theater.”

A Note on Textual and Other Performances

Introduction
There Is Not Agreement of Opinion
All the World’s a Stage
Every Like Is Not the Same
1: Playing
Merely Players
What Learn You By That?
But Mark This Show
2: Occupatio
An Excellent Good Word Before It Was Ill Sorted
Looking Well to Borders
So Curious in New Fangles
3: Understanders
Deep in Understanding
Plain and Easy to Be Understanden
All Readers to Be Understanders
Feelingly Perceive
4: Confusion
Nothing but Confusion and Errors
Babylonical Confusion
What More Fitter Occasion?
Diverse Men of Diverse Minds
Commons Knowledge
Interlude. Playing, Thinking
5: Supposes
Valedictions to Sense
Brokers of Another’s Wit
A Stalking-Stamping Player
Authors of All the Content
6: Eating
Between Meals
Some Hungry Scenes
Playing with Food
7: Non Plus
I’ll Have a Challenge, Too
Fencers, Bearwards, Common Players
Non Plus
Trying Conclusions
Acknowledgments
Notes
Index