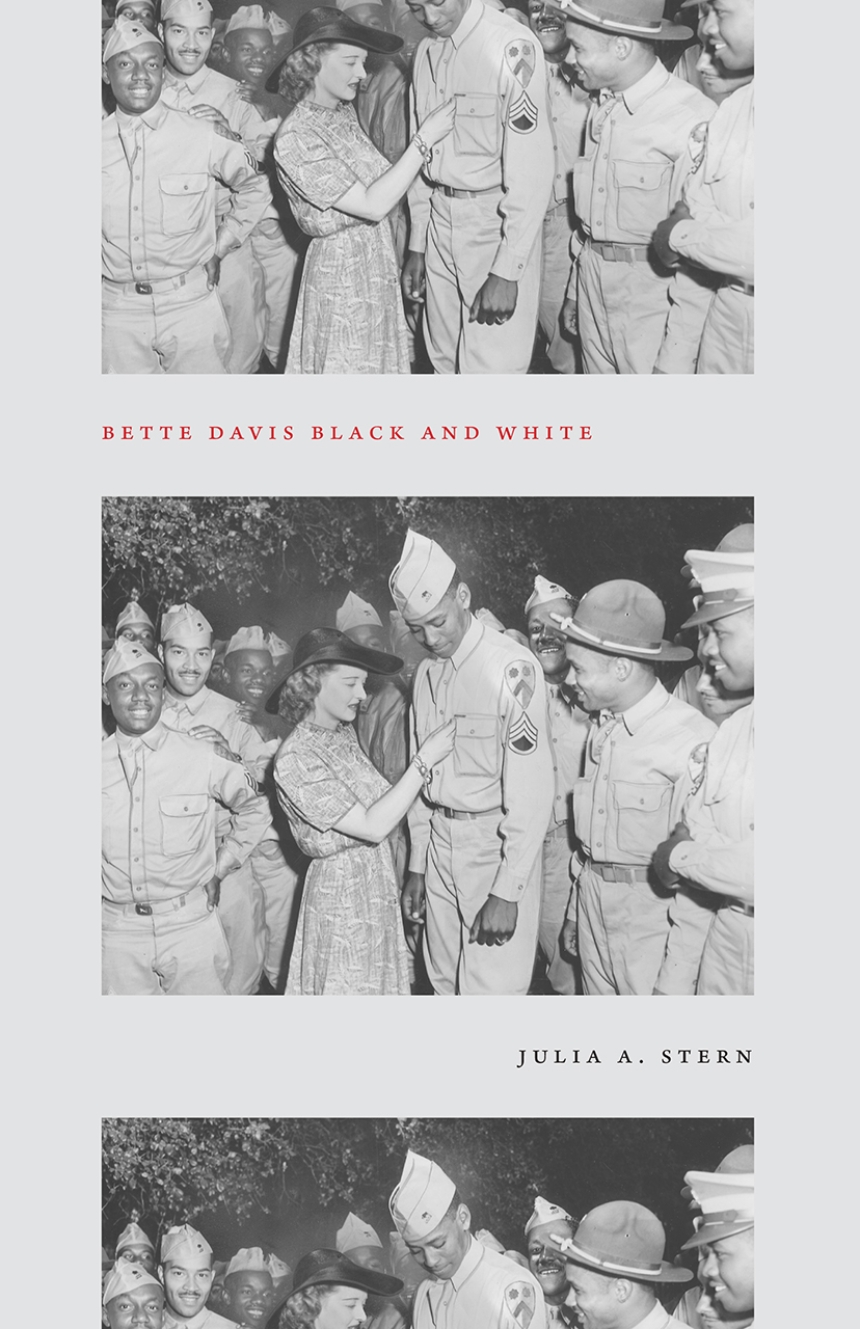 Bette Davis was not only one of Hollywood’s brightest stars, but also one of its most outspoken advocates on matters of race. In Bette Davis Black and White, Julia A. Stern explores this largely untold facet of Davis’s brilliant career.

Bette Davis Black and White analyzes four of Davis’s best-known pictures—Jezebel (1938), The Little Foxes (1941), In This Our Life (1942), and What Ever Happened to Baby Jane? (1962)—against the history of American race relations. Stern also weaves in memories of her own experiences as a young viewer, coming into racial consciousness watching Davis’s films on television in an all-white suburb of Chicago.

Davis’s egalitarian politics and unique collaborations with her Black costars offer Stern a window into midcentury American racial fantasy and the efforts of Black performers to disrupt it. This book incorporates testimony from Davis’s Black contemporaries, including James Baldwin and C. L. R. James, as well as the African American fans who penned letters to Warner Brothers praising Davis’s work. A unique combination of history, star study, and memoir, Bette Davis Black and White allows us to contemplate cross-racial spectatorship in new ways.

“A unique take on the work of Bette Davis, Bette Davis Black and White is important not only for extending an understanding of the actor’s racial politics, attitudes and practices, but also for raising the profile of several important, but largely unknown, Black supporting actors. This book will appeal strongly to scholars of race, twentieth-century American history, film audiences, and fan studies.”

“A prescient book about white people who mean well but fall short . . . There is no other book in which the author takes herself as the object of reception study and, in so doing, exposes the lived aspect of the US race and class divide. The reader who is initially drawn to this book because of a fascination with stardom will find a deeply insightful, impeccably researched study of American culture.”

Jane Gaines, author of 'Pink-Slipped: What Happened to Women in the Silent Film Industries?'

“With tender attention to Bette Davis’s life and career and meticulous emphasis on the formal elements of the actress’s film performances, Stern has accomplished no small feat: a fresh take on an iconic star.”

“Bette Davis Black and White sparkles with in-depth archival research and refreshing insights that shed new light on Davis as a citizen and on African American actors’ contributions to Hollywood cinema. Stern gracefully combines her profound empathy, comprehensive erudition, and lifelong reflections on Bette Davis films to illuminate the craft of Black artists and the complexity of African American audiences’ engagement with Davis’s portrayals.”

"Race relations take center stage in this unique biography of actor Bette Davis (1908–1989), in which Stern recounts Davis’s lesser-known work on behalf of civil rights through the lens of her films. . . . Stern also weaves in perspective on James Baldwin’s critical writings, and she adds texture by recounting her own memories of watching Davis’s films. . . . Readers in search of a straightforward biography won’t find it here—the actual trajectory of Davis’s own life takes a backseat to an appreciation of the impact of her civil rights efforts. It’s a fascinating look at a cinematic legend."

"Stern’s research has led her to assess the broader topic of mid-century American racial attitudes through the lens of Davis’ movies. . . . This perspective enables the uniqueness of Davis’ star image to emerge, especially in terms of her unconventional appearance and physical style, as well as her ambiguous and troubling characters. It also enables Stern to study the personal connection she has long felt with Davis: an actor who has always appealed to the outsider, the rebel, the Jezebel. . . . Not a hagiography or even a biography, this book instrumentalises the stardom of Bette Davis as a barometer of racism in a large section of 20th-century Hollywood."

Historical Note
Chapter 1        Introduction: Black and White
Chapter 2        Little Foxes and Little Brown Wrens
Chapter 3        The Poetics of Color in Jezebel
Chapter 4        Melodramas of Blood in In This Our Life
Chapter 5        The Whiteness of What Ever Happened to Baby Jane?
Chapter 6        Bette Davis Black and White
Acknowledgments
Notes
Index