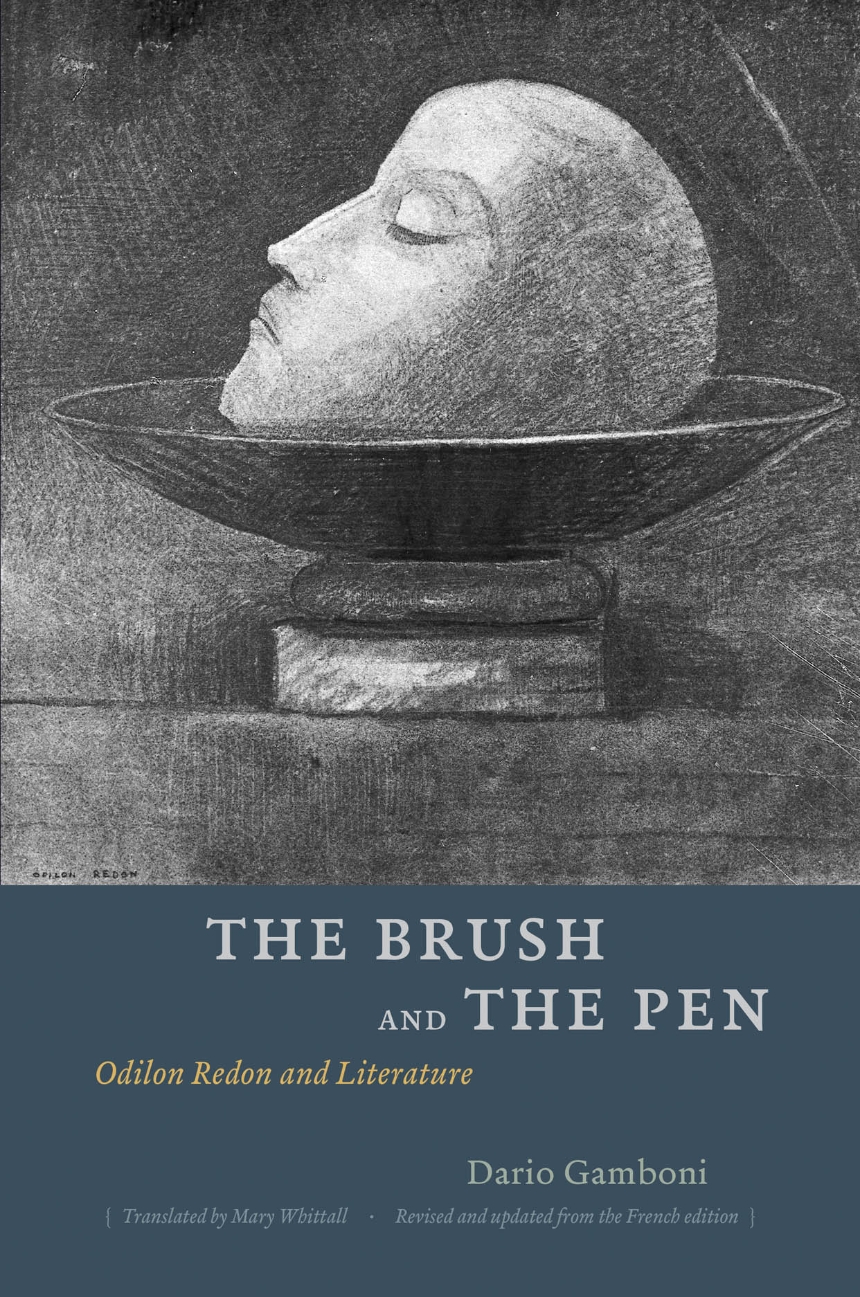 The Brush and the Pen

The Brush and the Pen

French symbolist artist Odilon Redon (1840–1916) seemed to thrive at the intersection of literature and art. Known as “the painter-writer,” he drew on the works of Poe, Baudelaire, Flaubert, and Mallarmé for his subject matter. And yet he concluded that visual art has nothing to do with literature. Examining this apparent contradiction, The Brush and the Pen transforms the way we understand Redon’s career and brings to life the interaction between writers and artists in fin-de-siècle Paris.

Dario Gamboni tracks Redon’s evolution from collaboration with the writers of symbolism and decadence to a defense of the autonomy of the visual arts. He argues that Redon’s conversion was the symptom of a mounting crisis in the relationship between artists and writers, provoked at the turn of the century by the growing power of art criticism that foreshadowed the modernist separation of the arts into intractable fields. In addition to being a distinguished study of this provocative artist, The Brush and the Pen offers a critical reappraisal of the interaction of art, writing, criticism, and government institutions in late nineteenth-century France.

“Gamboni combines the skills of the philologist and sociologist, the iconographer and literary historian, the connoisseur and semiotician. His La plume et le pinceau was a fresh and formidable intervention when it first appeared in 1989, but is even more so now, translated and extensively revised. He has taken account of an intervening generation of archival discovery and critical scholarship to expose an artist who sought to construct for himself a myth of autochthony. In exposing that myth, Gamboni has revealed the historical and cultural origins of one of the least understood symbolists, while bringing to light the close but often conflictual relationship between artistic and literary modernism.”

“Interest in the work of Odilon Redon has never been stronger than at the present time. Gamboni’s splendid study is the fruit of many years’ consideration of Redon’s diversified and distinctive career, which it situates in the broader context of word and image studies. Indeed, the book can be regarded as a model of how to set the theoretical issues involved in this field within a highly detailed and convincing historical framework.”

“The translation of Gamboni’s groundbreaking study of Redon is long overdue. When the French version appeared in 1989 it transformed our understanding of Redon, notably the crucial problematic of word-image relations in his work and the place of this in the cultural field of the late nineteenth century. Now revised and updated in the light of recent scholarship, The Brush and the Pen maintains its central place in contemporary debates about fin-de-siècle art, literature, criticism, and institutions. This is a major work of scholarship on one of our most interesting and complex artist-writers, carried out with historical, theoretical, and critical acumen and interpretive insight.”

“Gamboni’s study . . . expertly dissected the tensions and the connections between the twin creative activities of literature and art in Redon’s career. . . . [It] remains a major critical achievement.”

“Gamboni has succeeded in writing a compelling, sensitive, and enlightening study of an artist whose work is mysterious and difficult to interpret and whose late writings have given scholars a misleading impression of his intellectual development. . . . This important volume will immediately become a standard reference on the artist.”

Preface to the Revised Edition

Chapter 1: The Artist and His Myth
The Quest for Origins and Their Effacement
Indecision and Artistic Vocation
Art versus Determinism

Chapter 2: The Painter as Poet-Philosopher
The Review of the 1868 Salon
The Later Writings
The Ethical Basis of Drawing
Recourse to Literary Sources

Chapter 3: Entering the Artistic Field
A Late Start, Individualism, and Marginal Status
Lithography as an Expedient
Astray on the Boulevard? The Exhibitions of 1881 and 1882

Chapter 4: The Writers’ Role
Introductions
Redon and the Decadents: Homologies and Affinities
Criticism and Its Interests
J.-K. Huysmans, Priority, and Primacy
Writers as Artists’ Agents
Criticism as Transubstantiation
Portraits of the Bourgeois as an Artist

Chapter 5: The Edgar Poe of the Graphic Arts
A Literary Public—a Literary Art?
The Question of Illustration
Translating Poe
Literary References, Titles, Captions, and Albums
“On the Frontiers of All the Arts”
J.-K.Huysmans and Poetic Criticism

Chapter 6: An Album and Its Transposition
J.-K. Huysmans, “The New Album by Odilon Redon”
The Homage to Goya Campaign and the Crystallization of Symbolism
The Technique and Principles of Transposition

Chapter 7: Face of Mystery: Iconology and Communication
Pre-iconographical Analysis
From Dürer to Pascal: Sources, Comparisons, and the Semantic Field
Face of Mystery as Self-Portrait: An Image of the Artist and of Art
Face of Mystery as a Mirror
Ambiguity, Exegesis, and a Community of Equals oo

Chapter 8: The Expanse and the Limits of the Restricted Field
Internationalism and Marginality
Proselytism and Exclusiveness
The Limitations of Literary Friendships
Estrangement from Huysmans and the Move to the Right Bank

Chapter 9: Redon’s Change of Direction
The Turning Point Explained
The End of Artistic Isolation
Illustration as Interpretation
La tentation: Avatars of Literary Associations
The “Renaissance of Lithography”
“Consecration” and Ambiguities of Symbolism
The Primacy of Admirers and the Limits of Recognition

Chapter 10: Redon in the Arena of Criticism
Avowals, Denials, and Polemics
The Brush Takes Up the Pen: The Late Writings
New Views of Art, Literature, and Criticism

Chapter 11: Friends and Foes: The Pen and the Brush
A Posthumous Triumph
Family Quarrels
A Fin-de-Siècle Crisis in Artist-Writer Relations
The Rise of Formalism and the Complicity of Adversaries
Conclusion