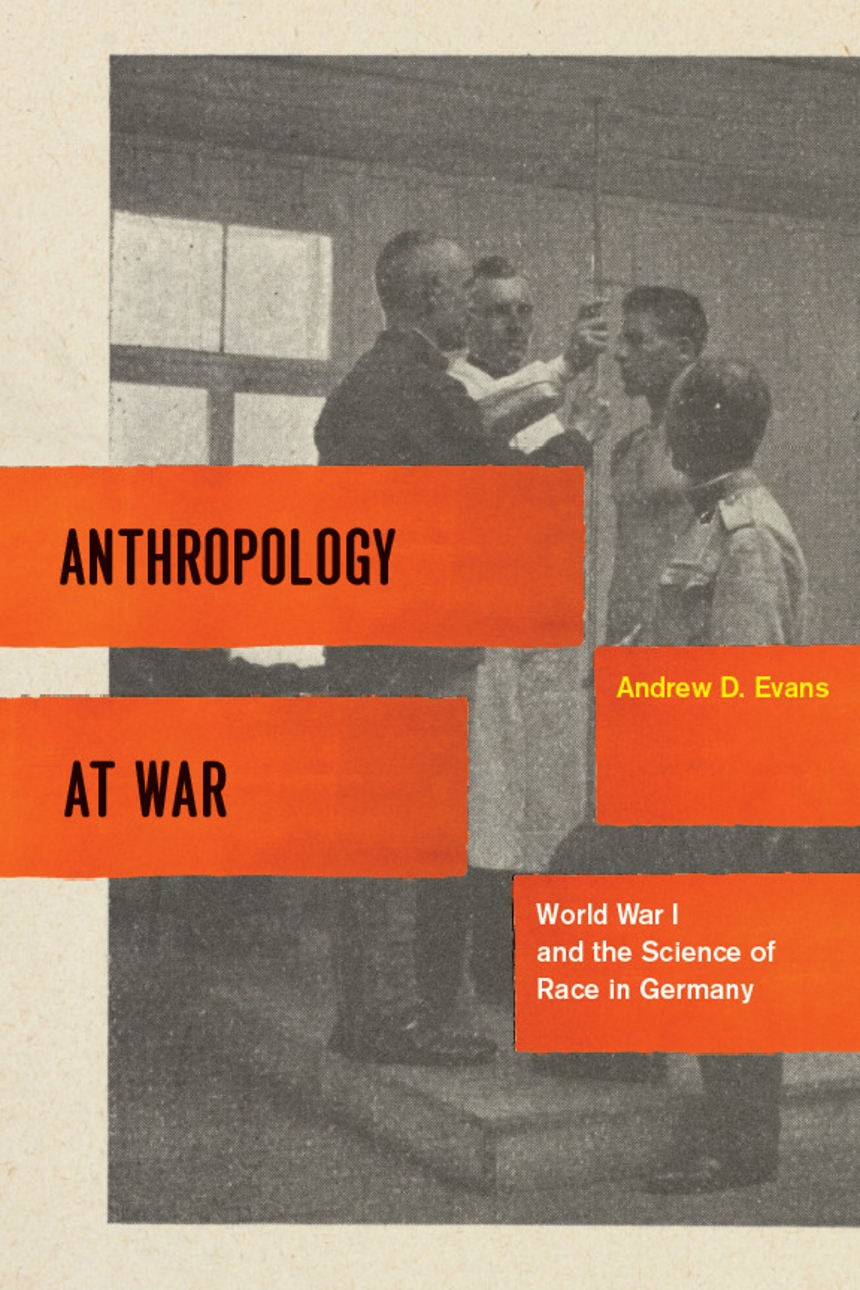 World War I and the Science of Race in Germany

World War I and the Science of Race in Germany

Between 1914 and 1918, German anthropologists conducted their work in the midst of full-scale war. The discipline was relatively new in German academia when World War I broke out, and, as Andrew D. Evans reveals in this illuminating book, its development was profoundly altered by the conflict. As the war shaped the institutional, ideological, and physical environment for anthropological work, the discipline turned its back on its liberal roots and became a nationalist endeavor primarily concerned with scientific studies of race.

Combining intellectual and cultural history with the history of science, Anthropology at War examines both the origins and consequences of this shift. Evans locates its roots in the decision to allow scientists access to prisoner-of-war camps, which prompted them to focus their research on racial studies of the captives. Caught up in wartime nationalism, a new generation of anthropologists began to portray the country’s political enemies as racially different. After the war ended, the importance placed on racial conceptions and categories persisted, paving the way for the politicization of scientific inquiry in the years of the ascendancy of National Socialism.

“Evans not only offers an explanation for the key transition in the history of German anthropology—from a beacon of liberal science in the late nineteenth century to a vehicle of Nazi propaganda—he also presents the most comprehensive history of the discipline available to date. Even beyond this impressive scholarly work, Evans has made a real conceptual contribution to the history of science, correcting the dominant view of the relation between science and politics. Anthropology at War is a truly major achievement and a genuine pleasure to read.”

"Andrew D. Evans’s study of the rise of racialized anthropology in First World War and Weimar Germany adds much to our understanding of why Hitler’s fantasies about the German Volk found such fertile soil in which to grow."

"Deeply researched, superbly organized, and elegantly written, this is a model study."