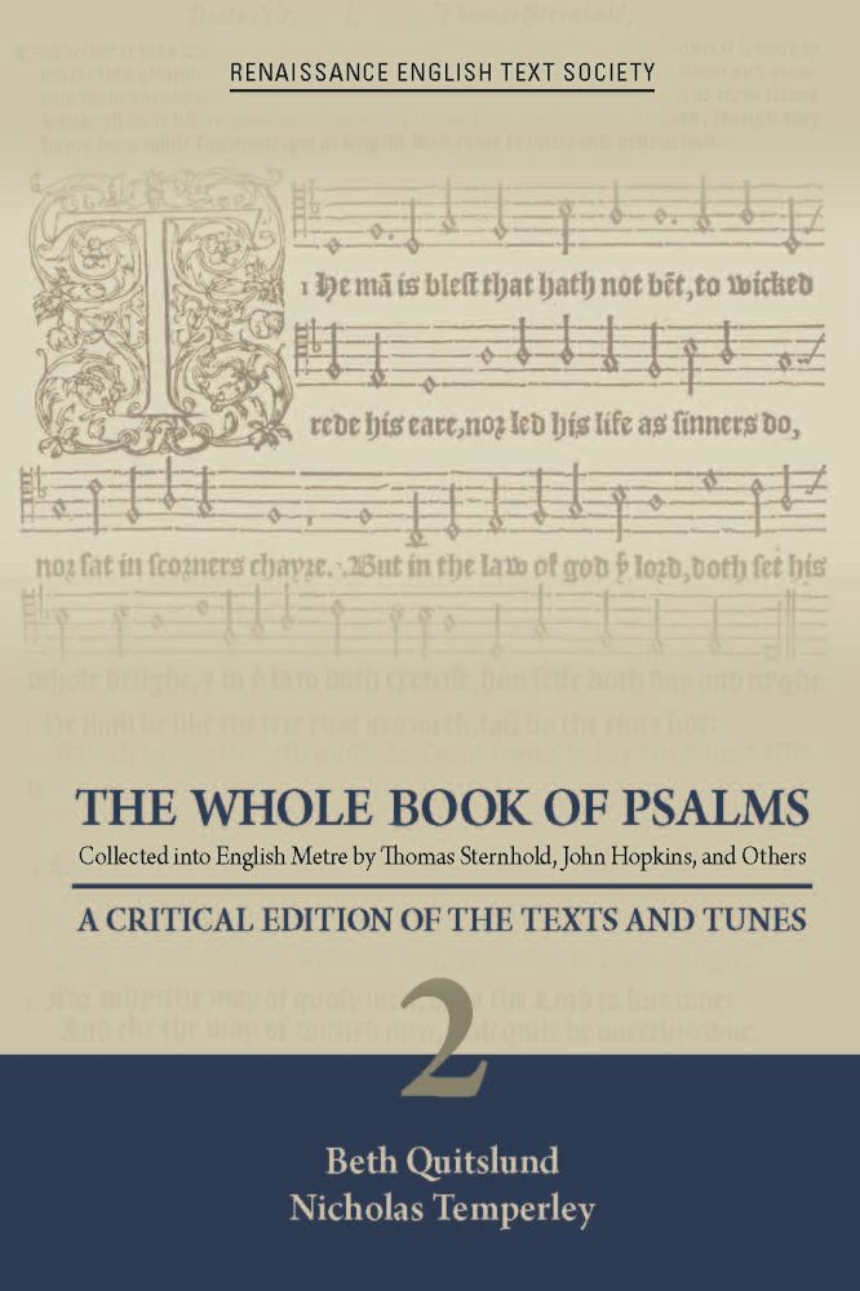 A Critical Edition of the Texts and Tunes 2

A Critical Edition of the Texts and Tunes 2

RETS Vol. 37. The Whole Book of Psalms, first published in a complete form in 1562, introduced congregational singing to England and contained the best known English verse in the early modern period. Often referred to by later critics as “Sternhold and Hopkins,” it was the dominant hymnal in England until the mid-eighteenth century and printed until 1861. This critical edition, the first to include both texts and tunes, is based on the 148 English impressions remaining from the reign of Elizabeth I along with their Marian predecessors. The appendices include miniature critical editions of the psalm paraphrases as published during Edward’s reign, additional texts included in some editions, later musical revisions, and the short tunes that began to replace the printed ones by the late sixteenth century.

Although this is a scholarly edition with complete critical apparatus, it is also designed to make this crucial piece of early modern culture accessible to non-specialists. The texts are in modern spelling and the tunes in modern notation. The edition offers an extensive historical essay and notes on each text and tune, and is furnished with an audio supplement of representative musical settings.