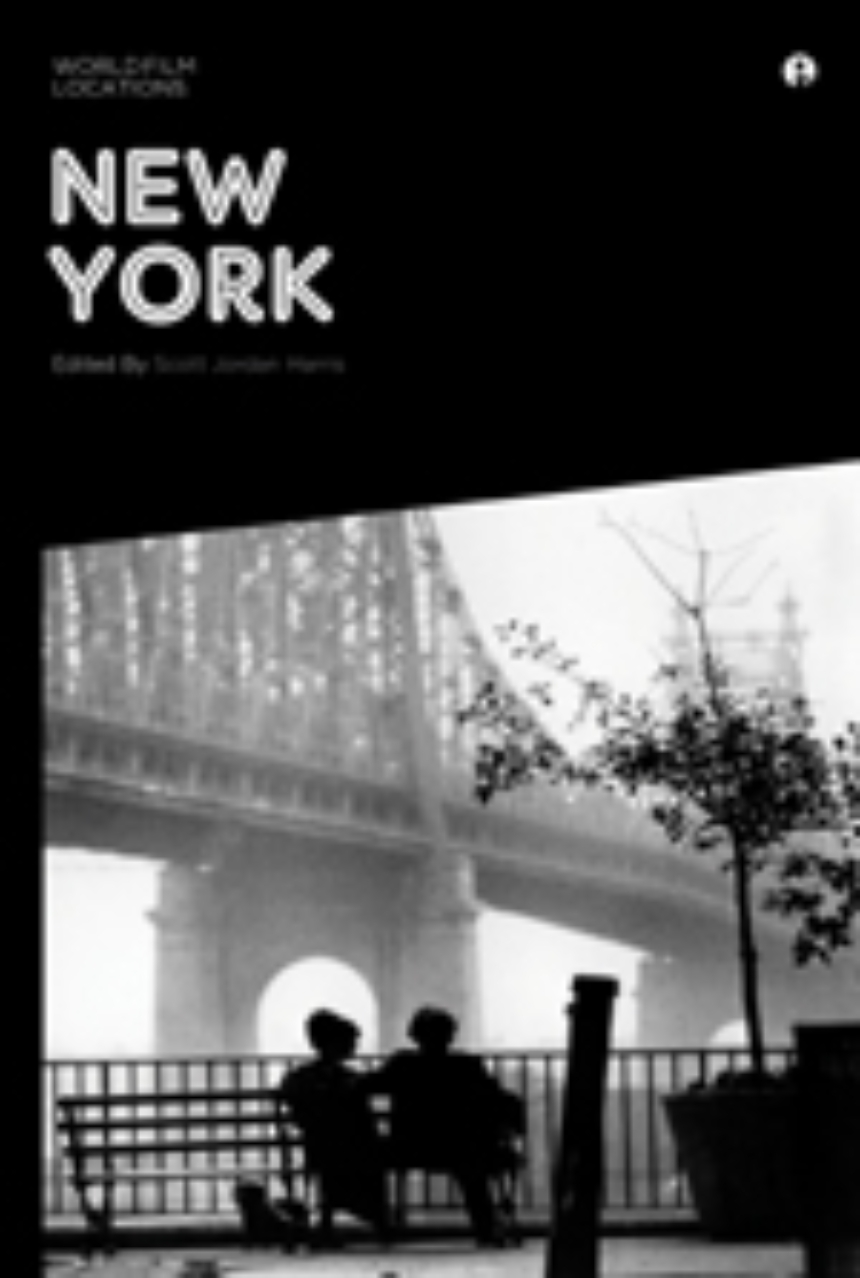 Be they period films, cult classics, or elaborate directorial love letters, New York City has played—and continues to play—a central role in the imaginations of filmmakers and moviegoers worldwide. The stomping grounds of King Kong, it is also the place where young Jakie Rabinowitz of The Jazz Singer realizes his Broadway dream. Later, it is the backdrop against which taxi driver Travis Bickle exacts a grisly revenge.

The inaugural volume in an exciting new series from Intellect, World Film Locations: New York pairs incisive profiles of quintessential New York filmmakers—among them Woody Allen, Martin Scorsese, Sidney Lumet, and Spike Lee—with essays on key features of the city’s landscape that have appeared on the big screen, from the docks to Coney Island, Times Square to the Statue of Liberty. More than forty-five location-specific scenes from films made and set in New York are separately considered and illustrated with screen shots and photographs of the locations as they appear now. For film fans keen to follow the cinematic trail either physically or in the imagination, this pocket-sized guide also includes city maps with information on how to locate key features.
Presenting a varied and thought-provoking collage of the city onscreen—from the silent era to the present—World Film Locations: New York provides a fascinating and historic look back at the rich diversity of locations that have provided the backdrop for some of the most memorable films.

“An elegant tribute to the films and locations that have given New York its private real estate in our minds. The contributors are so immediately readable and movie-savvy.“—Roger Ebert

"Not just an invaluable resource but a great read. The sort of book you can dive into again and again, revisiting some of the most classic depictions of the greatest city in the world. The only question is this: do you keep it on your desk, atop a coffee table, or on the nightstand?"—Elizabeth Weitzman, New York Daily News

"These insightful, entertaining essays about classic films and the role their real-life New York locations play in them remind you why the city has been the setting for some of the greatest stories in the history of cinema. New York can be anything. It’s a city of opulence and squalor, of magic and gritty realism. For anyone who loves the movies and loves New York, this book is a must. For anyone who doesn’t, what the hell is wrong with you?"—Don Payne, screenwriter and producer

"I knew the joy of New York long before I ever visited the city. The Godfather, The Apartment, and Breakfast at Tiffany’s all introduced me to the cinematic scope of one of the world’s most vibrant cities. This book reminds me of that joy."—Hardeep Singh Kohli, comedian