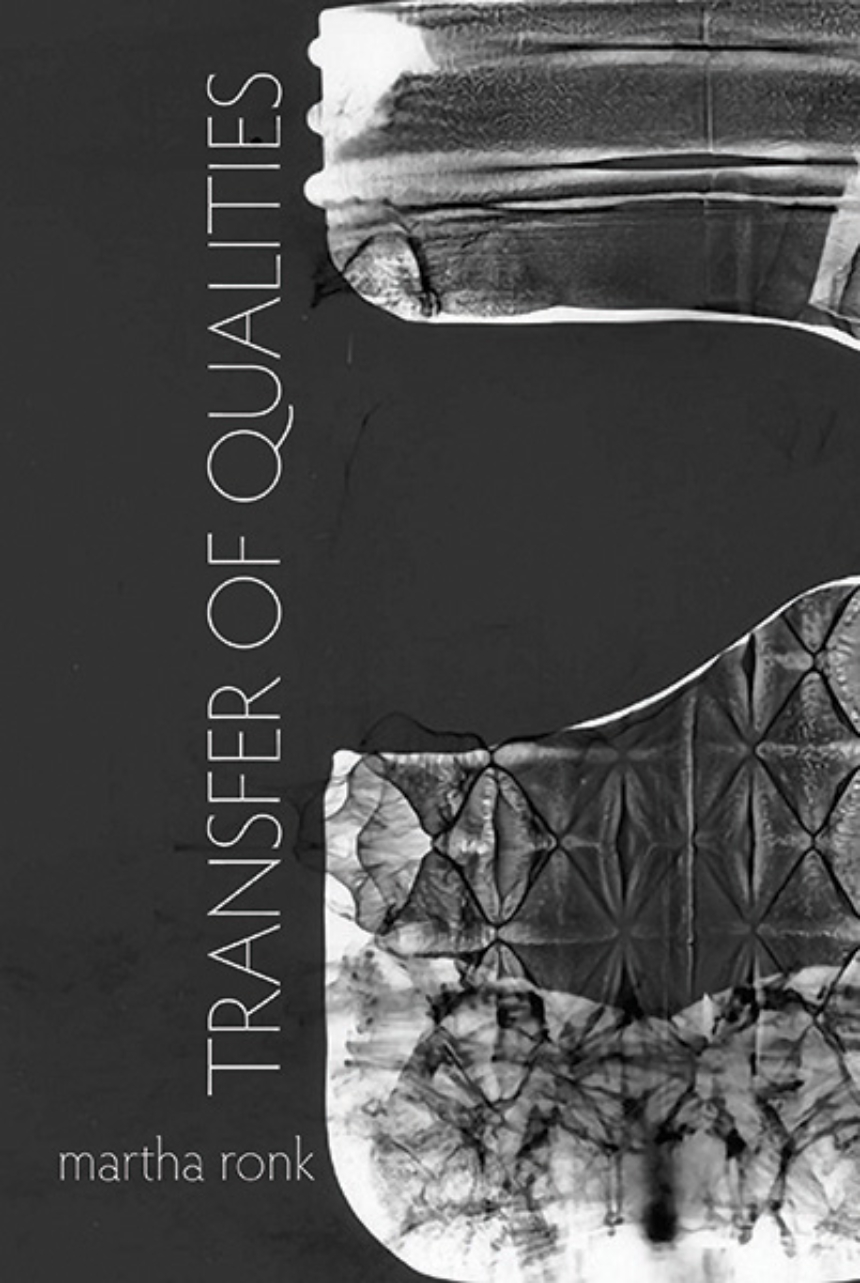 Transfer of Qualities addresses the uncanny and myriad ways in which people and things, but also people and those around them, exchange qualities with one another, moving in on, unsettling: altering stance, attitude, mood, gesture. Each entry in the book probes the dissolving boundaries between those sharing space with one another; and the various cross-genres in the book—prose poem, creative non-fiction, personal essay—echo the theme of inter-dependence. Material things often seem amazingly alive and tropic—a puppet or toy, a plate, a rug underfoot, a dim photograph on the wall across the way—and this collection follows in the footsteps of other authors also obsessed with the boundaries between life and death, the moving and the still, the stone-like book and the vivid stirring within the pages. There are many authors behind Transfer of Qualities, but the major genie of the piece is Henry James whose musings on his own, The Sacred Fount, provided the book’s title and direction.