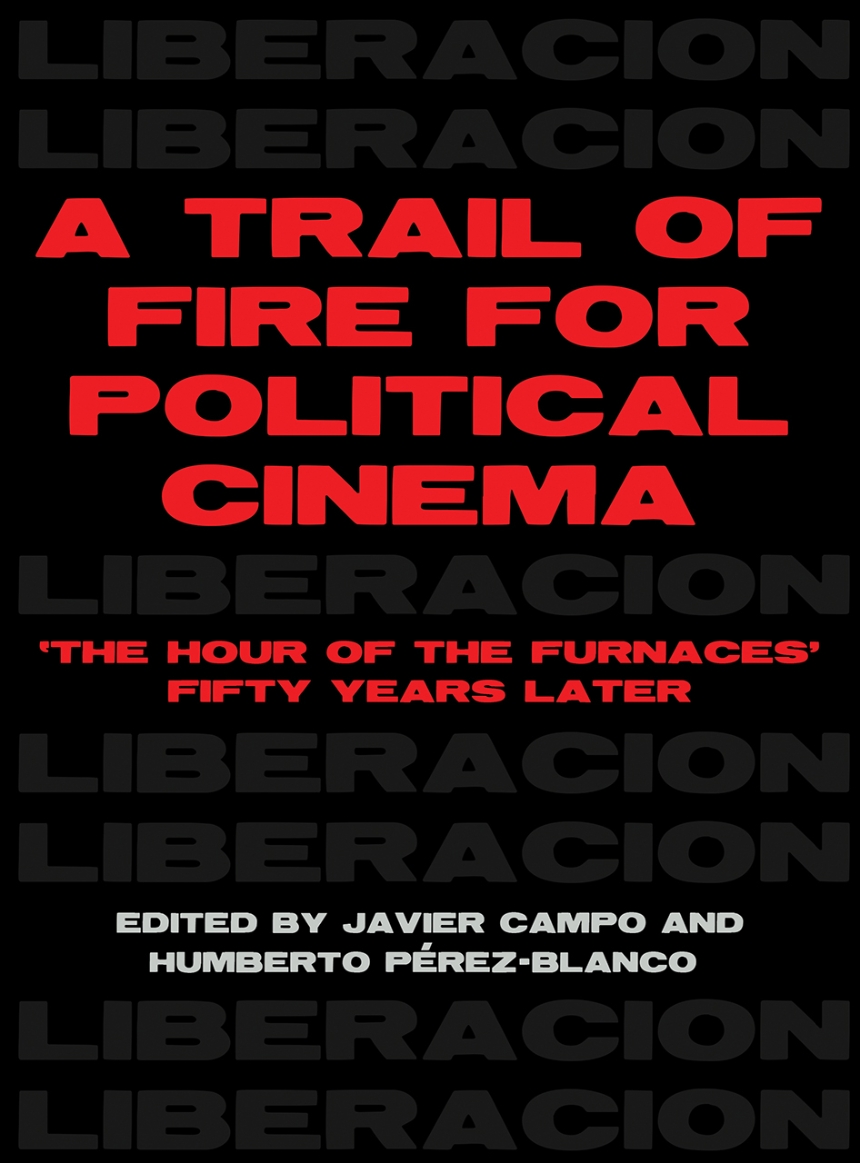 A Trail of Fire for Political Cinema

The Hour of the Furnaces Fifty Years Later

A Trail of Fire for Political Cinema

The Hour of the Furnaces Fifty Years Later

Marking the 50th anniversary of the premiere of La Hora de Los Hornos (The Hour of the Furnaces) (Getino and Solanas, 1968), A Trail of Fire for Political Cinema is an edited collection that closely analyses the film, looking to the context and the socio-political landscape of 1960s Argentina, as well as the film’s legacy and contemporary relevance. Attention is paid to the corpus of political documentaries made between 1968 to 1976, including those that marked the last coup d’état in Argentina, to emphasize how formal and thematic trends relate to their Argentinian social context. In order to highlight The Hour of the Furnaces’s contemporary relevance as a form of politically engaged activism, the book will also look at Fernando Solanas’s documentary output in the twenty-first century.

"Fernando Solanas and Octavio Getino’s Argentine agitprop documentary La hora de los hornos (The Hour of the Furnaces, 1968) is unchallenged in its exemplary status in English-language scholarship on political cinema. A Trail of Fire for Political Cinema . . . both investigates and reifies the film’s prominence. . . . The film is interrogated anew from both formalist and historical perspectives. . . . Compelling essays explore the affinities and disjunctures that emerged in the course of The Hour of the Furnaces’s extended life onscreen and in scholarly discourse. . . . A Trail of Fire’s wide-ranging approach is stimulating . . . [The book] attests to how—extending the metaphor of the film and anthology’s titles—the embers of the sixties’ revolutionary energy can still be fanned to life in the present."

“Covering a wide range of theoretical and methodological approaches, A Trail of Fire for Political Cinema highlights the persistent relevance of the work of Fernando Solanas and Octavio Getino, underlining the complexity of the production and content of the film [The Hour of the Furnace], its influences, its exhibition and distribution, and its critical and political reception around the world. . . . Campo and Pérez-Blanco delve into what makes [the film] an object that deserves an extended and careful analysis. . . . An extraordinary introduction to a movie that remains a touchstone of Argentinian and Latin American cinema. . . . The collection will be essential for researchers and useful in courses that deal with cinema and politics, Argentinian and Latin American cinema, and documentary filmmaking.”

Jonathan Risner | Imagofagia: The Journal of the Argentinian Association of Film and Audiovisual Studies