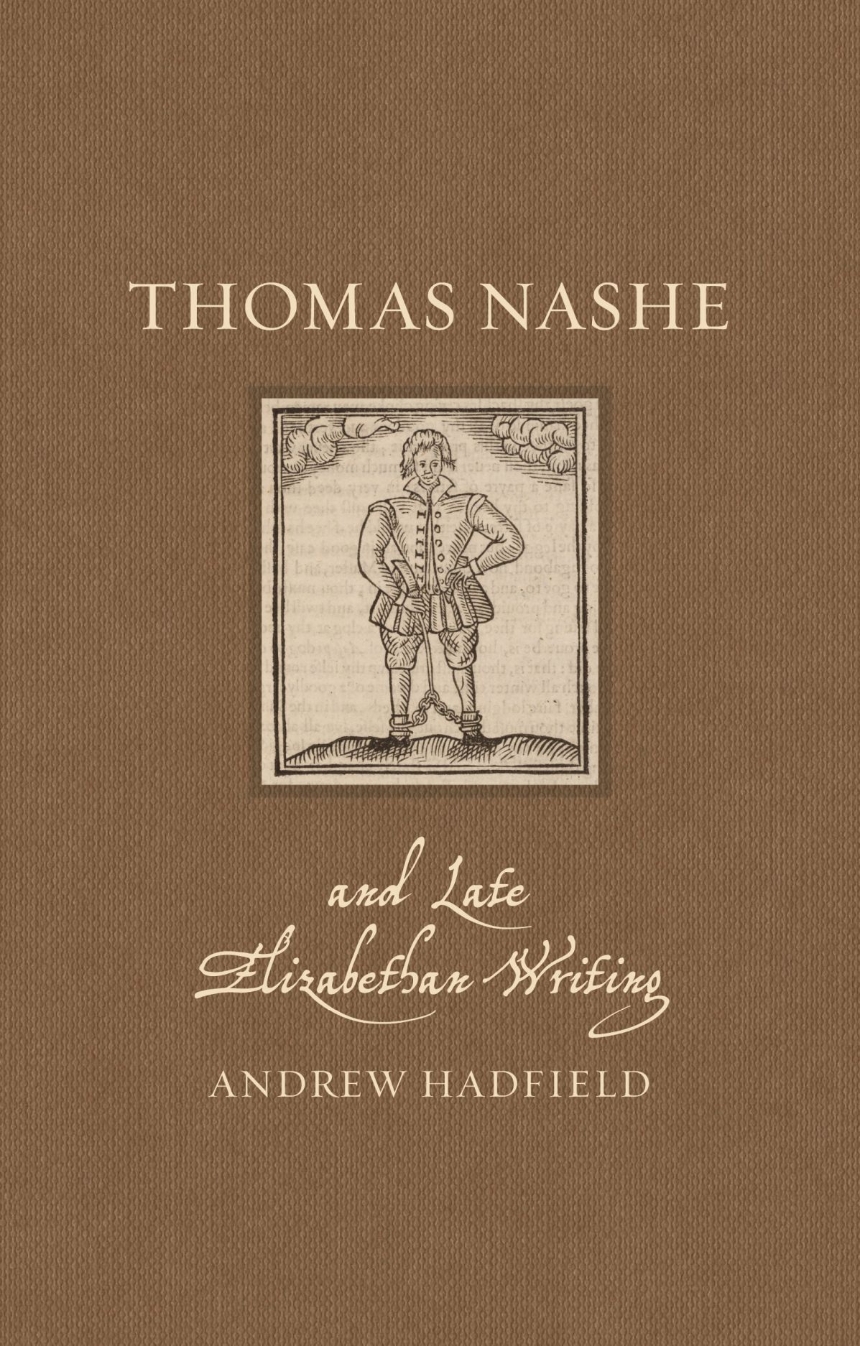 A critical biography of one of the most celebrated prose stylists in early modern English.

This book provides an overview of the life and work of the scandalous Renaissance writer Thomas Nashe (1567–c.1600), whose writings led to the closure of theaters and widespread book bans. Famous for his scurrilous novel, The Unfortunate Traveller (1594), Nashe also played a central role in early English theater, collaborating with Ben Jonson, Christopher Marlowe, and William Shakespeare. Through religious controversies, pornographic poetry, and the bubonic plague, Andrew Hadfield traces the uproarious history of this celebrated English writer.

"Thomas Nashe was a bright, fierce light in Elizabethan literature, whose work was banned by the church authorities. From secretly circulated pornography to the herrings of East Anglia, and from Puritan propaganda to the first English novel, Nashe is always productive and provocative. Andrew Hadfield’s lucid new life opens up these funny, savage, deeply topical works for a new readership, emphasizing their range, verve, and specificity. Hadfield’s skill is in contextualizing without overshadowing the literary brio of the writing, and in recovering the Nashe whom all his contemporaries—including Shakespeare—wanted to emulate."