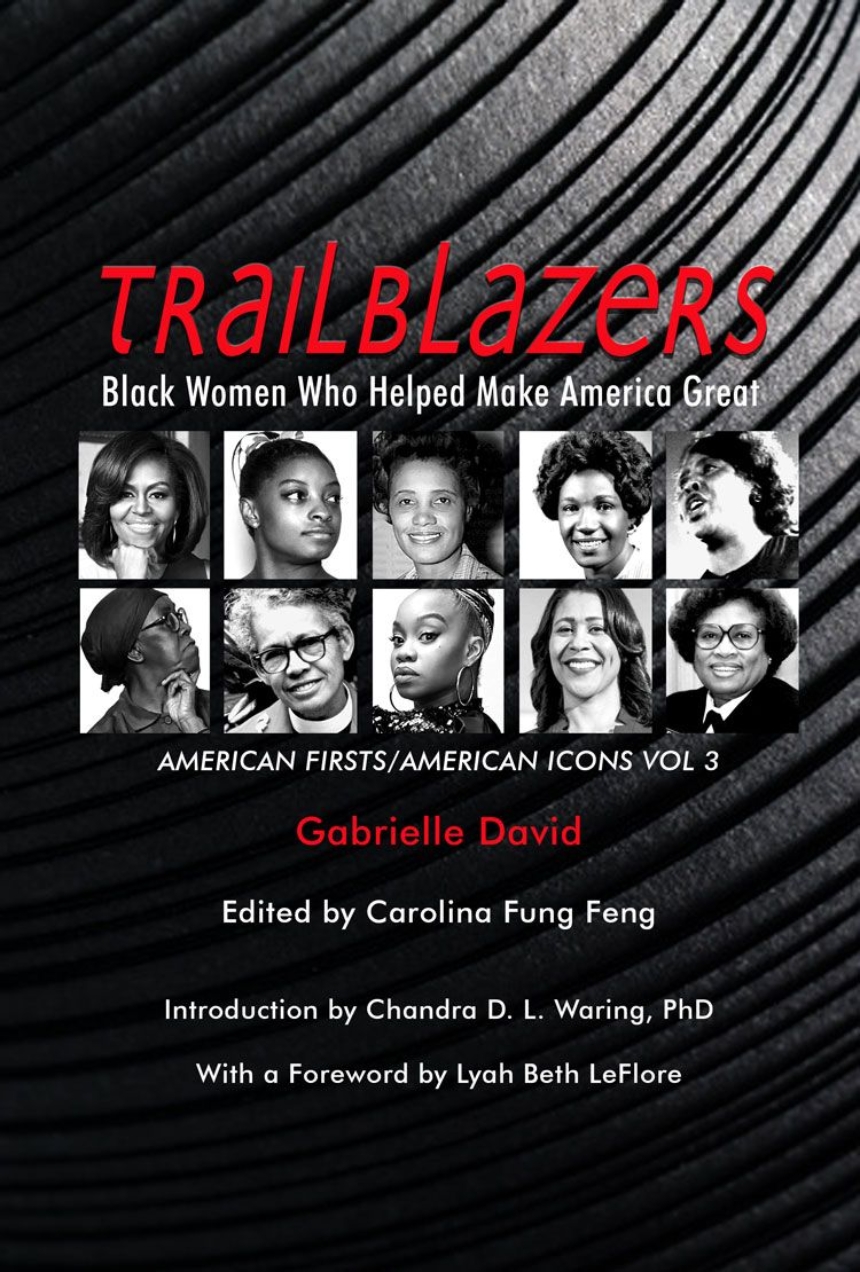 The third volume in the Trailblazers series, highlights Black women’s contributions in literature, media production, business, and the military.

Black women have been breaking down barriers and shattering stereotypes for generations, playing a powerful role in American history. In the Trailblazers series, Gabrielle David examines the lives and careers of over four hundred brilliant women from the eighteenth century to the present. Each volume provides biographical information, photographs, and a historical timeline written from the viewpoint of Black women, offering accessible reference resources.

Volume 3 features women from the fields of literature, business, military, and film, music, and television production. It covers literary greats including Gwendolyn Brooks, Toni Morrison, Phillis Wheatley, and Natasha Trethewey. We learn that Black ingenuity and entrepreneurship began during slavery with women who paved the way for those like Oprah Winfrey. David explores the Black women who pursued their right to serve in the United States Armed Forces, even when they were not considered American citizens and follows notable contributions by Black women in media production.