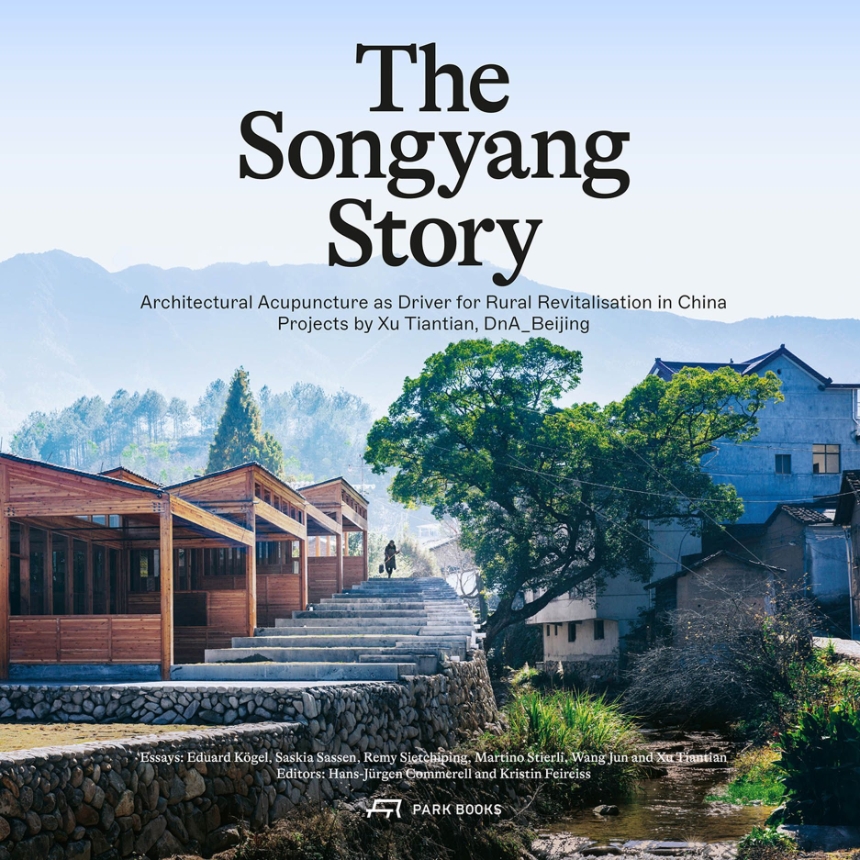 Architecture can revitalize, spark rural self-confidence, and turn wasteland into a welcoming space—and it can do it at a low cost. This is the mission statement of architect Xu Tiantian, founder and principal of Beijing-based studio Design and Architecture (DnA). In 2014, Xu began to work in the remote Songyang County in China’s Zhejiang Province. Her holistic concept does not engage in erasing existing structures but is instead guided by the concept of Architectural Acupuncture, which prefers smaller interventions to extensive redevelopments, and which has gained much recognition as a model for similar regions around the world. For Xu, architecture as a language should address the traditions of Songyang County—each solution is unique; only the small budget is common to all of them. Yet all of them are interrelated and serve the broader goal of mutual enhancement.

The Songyang Story introduces Xu’s concept of Architectural Acupuncture and discusses the influence of architecture on cultural self-understanding and economic renewal in twenty-first-century rural China. Richly illustrated, it features some twenty new buildings and conversions of existing structures with diverse functions. These interventions work in the local context and greatly affect Songyang County’s social fabric, housing, culture, industry, agriculture, landscape conservation, and tourism. Published alongside the illustrations are essays by international economists, sociologists, and curators as well as by the secretary of the Songyang County Party Committee, examining the social, political, and economic implications of sustainable planning and collective action in the Chinese province.