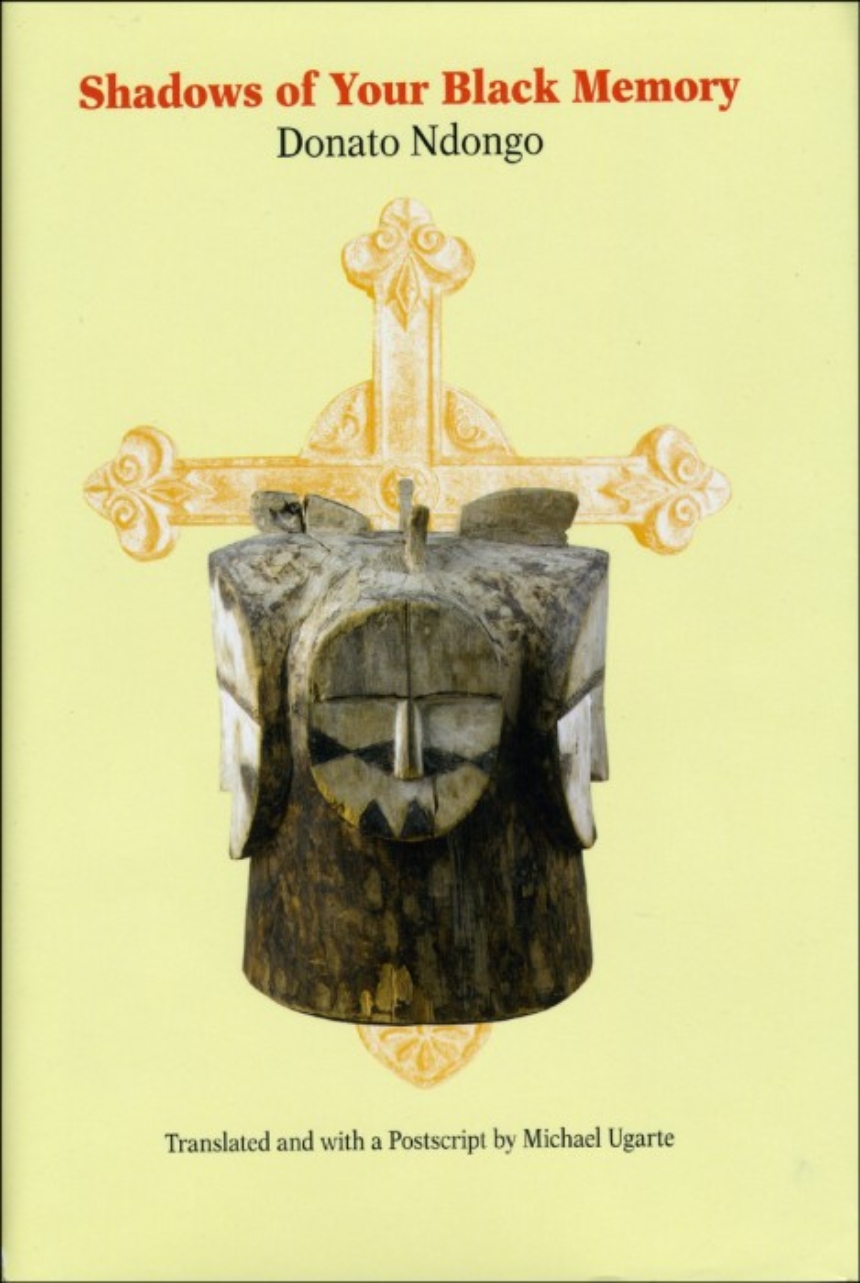 Shadows of Your Black Memory

Shadows of Your Black Memory

Translated and with a Postscript by Michael Ugarte
Set during the last years of Spanish rule in Equatorial Guinea, Shadows of Your Black Memory presents the voice of a young African man reflecting on his childhood. Through the idealistic eyes of the nameless protagonist, Donato Ndongo portrays the cultural conflicts between Africa and Spain, ancestral worship competing with Catholicism, and tradition giving way to modernity. The backdrop of a nation moving toward a troubled independence parallels the young man’s internal struggle to define his own identity.

Now in paperback, Shadows of Your Black Memory masterfully exposes the cultural fissures of Ndongo’s native land. “Spanish Guinea” is a heated, sensual landscape with exotic animals and trees, ancient rituals, ghosts, saints, and sinners. We come to know the narrator’s extended family, the people of his village, merchants, sorcerers, and Catholic priests; we see them critically at times, even humorously, yet always with compassion and a magical dignity. Michael Ugarte’s sensitive translation captures the spirit of the original Spanish prose and makes Ndongo’s powerful, gripping tale available to English-speaking readers for the first time.

“An Afro-Hispanic Bildungsroman or an exercise in literary syncretism. . . . Donato Ndongo’s Shadows of Your Black Memory challenges the reader firmly but gently to reflect on his or her own education, the translation and transmission of his or her own cultural values, in a world that is increasingly intermixed and increasingly still in need of human care. Ugarte’s translation constitutes a small but important step in . . . bringing a compelling work of African literature written in Spanish into a larger international frame.”

“Ugarte’s text brilliantly captures the tone and cadence of the original novel and renders a thoughtful and compassionate narrative that readers will undoubtedly cherish. Shadows of Your Black Memory is a must-read for anyone truly interested in the study of Hispanic literature.”

“This accomplished novel describes the love of something mercilessly elusive—a magical and transitory space floating between the past and the future, an eternal present. . . . Originally written in Spanish, Donato Ndongo's remarkable and strikingly original novel appears now in a subtle and elegant translation by Michael Ugarte, which does full justice to the dreamily poetic nature of the narrative.”

“Shadows of Your Black Memory is a sensual, impressionistic, seemingly autobiographical novel about a young boy growing up on the mainland of what was then the colony of Spanish Guinea. Much of it concerns his struggle between the conflicting demands of the Catholic priests who teach him and the traditional beliefs of his people. . . . The translation reads smoothly and pungently.”

“An enthralling text that allows you to experience a country in Africa that has been obscured from the view of Americans. . . . Under the guise of a narrator, Donato Ndongo, the author, tells his story of boyhood in retrospect. . . . The customs, practices, the advent and impact of the colonial power Spain, are illustrated in a subtle manner that permits the reader to come to an awareness of the trials of the legacy of imperialism. This book will increase your appetite for other alternative African literature.”

"Ndongo’s presentation of his hero’s internalisation of the political struggles that grip his country is extraordinary. Raw, vivid and shocking, his frank portrayal of the tortured emotional, sexual, and intellectual development of the young man speaks eloquently, particularly when it comes to the self-loathing engendered in him as he tries to espouse the creeds and value systems of his country’s colonial rulers."

Ann Morgan | A Year of Reading the World

"The very genre of the African novel serves to disembowel colonist literary tendencies and philosophies and assume an independent position in the landscape of world literature. . . . Shadows of Your Black Memory [is] among the works that adhere to the formula of the African, not Western, novel. And the characters Forna and Ndongo attest to the survival of ancestral, ontological identities that can only be attributed an ‘African literary’ antecedent that defies the usurpation of modernity."