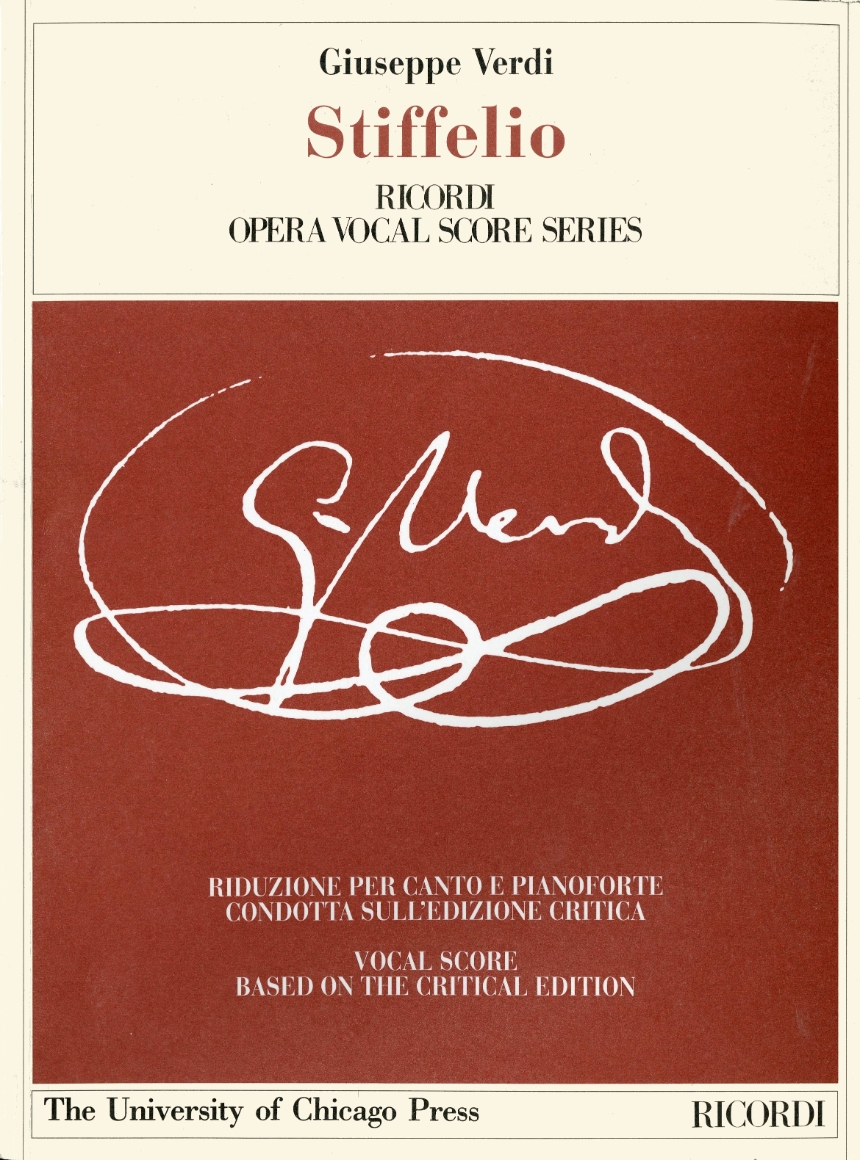 Edited by Kathleen Kuzmick Hansell
The critical edition of Stiffelio from which this score is derived was the first to reinstate significant portions of the opera that had been presumed lost for more than a century. It was used for the 1993 premiere of Stiffelio at New York’s Metropolitan Opera, the first time the opera was performed as Verdi wrote it. This piano-vocal score gives musicians and admirers of Verdi the chance to possess Stiffelio in authoritative form.