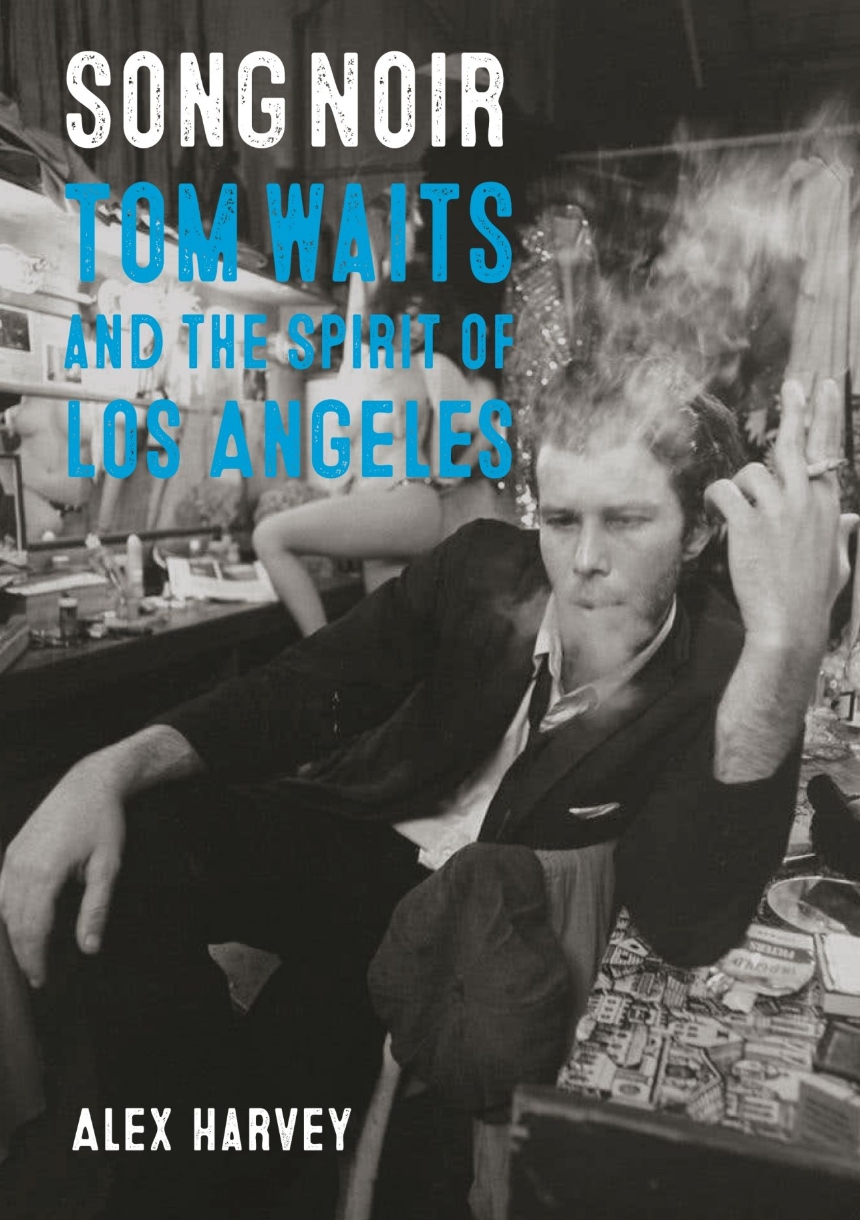 Tom Waits and the Spirit of Los Angeles

Tom Waits and the Spirit of Los Angeles

Song Noir examines the formative first decade of Tom Waits’s career, when he lived, wrote, and recorded nine albums in Los Angeles: from his soft, folk-inflected debut, Closing Time in 1973, to the abrasive, surreal Swordfishtrombones in 1983. Starting his songwriting career in the seventies, Waits absorbed Los Angeles’s wealth of cultural influences. Combining the spoken idioms of writers like Kerouac and Bukowski with jazz-blues rhythms, he explored the city’s literary and film noir traditions to create hallucinatory dreamscapes. Waits mined a rich seam of the city’s low-life locations and characters, letting the place feed his dark imagination. Mixing the domestic with the mythic, Waits turned quotidian, autobiographical details into something more disturbing and emblematic, a vision of Los Angeles as the warped, narcotic heart of his nocturnal explorations.

"Harvey has done a fine, impassioned job of piecing together the bricolage from which this most elusive, self-mythologizing figure set about assembling that “down-and-out but amusing […] character” who happened to write some of the most interesting songs of his era, but who in the end had to be burned away by the man behind the mask, for whom restlessness, self-invention, and an open road had always been at the heart of it all."

"One can easily make the argument that musician, songwriter, and actor Tom Waits is the consummate chronicler of down-and-out life in Los Angeles. Producer, director, and critic Harvey describes the busy first decade of Waits’ idiosyncratic career and his nine Los Angeles-themed albums. . . . Beautifully written, Song Noir is a fascinating and compelling read featuring striking and evocative black-and-white photographs."

"This beautifully-written book is an inspired autopsy of LA's grimy underbelly in the 1970s - and a riveting psychological deconstruction of a complicated artist."

“In Song Noir, Harvey brilliantly reconstructs the colorful characters and grimy street life in Tom Waits’s head. Song Noir guides us through Waits’s evolution as an artist in parallel with the dark shades of Los Angeles in the 1970s, a world that helped shape his songs and ultimately his very persona. Harvey manages to craft a glimpse into Waits’s creative process, a swirling cauldron of sorts where Bukowski, Kerouac, Raymond Chandler, and all the tragic victims from the pages of noir come to life, showing us the arrival and progression of Tom Waits the artist, with his rich cinematic vision in full bloom.”

"There have been many Waits-related books, but Harvey's mission to recount and explain the resonance of his 10-year method-style immersion in LA's seedy underbelly is a winner thanks to his detailed research, noir-conscious writing style and fan's perspective on this uniquely complex artist. After meeting lifelong partner Kathleen Brennan changed his life, Waits left the city of his dreams to start his next phase with Swordfishtrombones. Those first wild years come to vivid life in this thoroughly worthwhile addition to the Waits library."

"I would recommend it to anyone who loves music, specifically Tom Waits, or those that just like a great biography. Go and buy this book, you will not regret it."

With Just a Hint of Mayhem (UK)