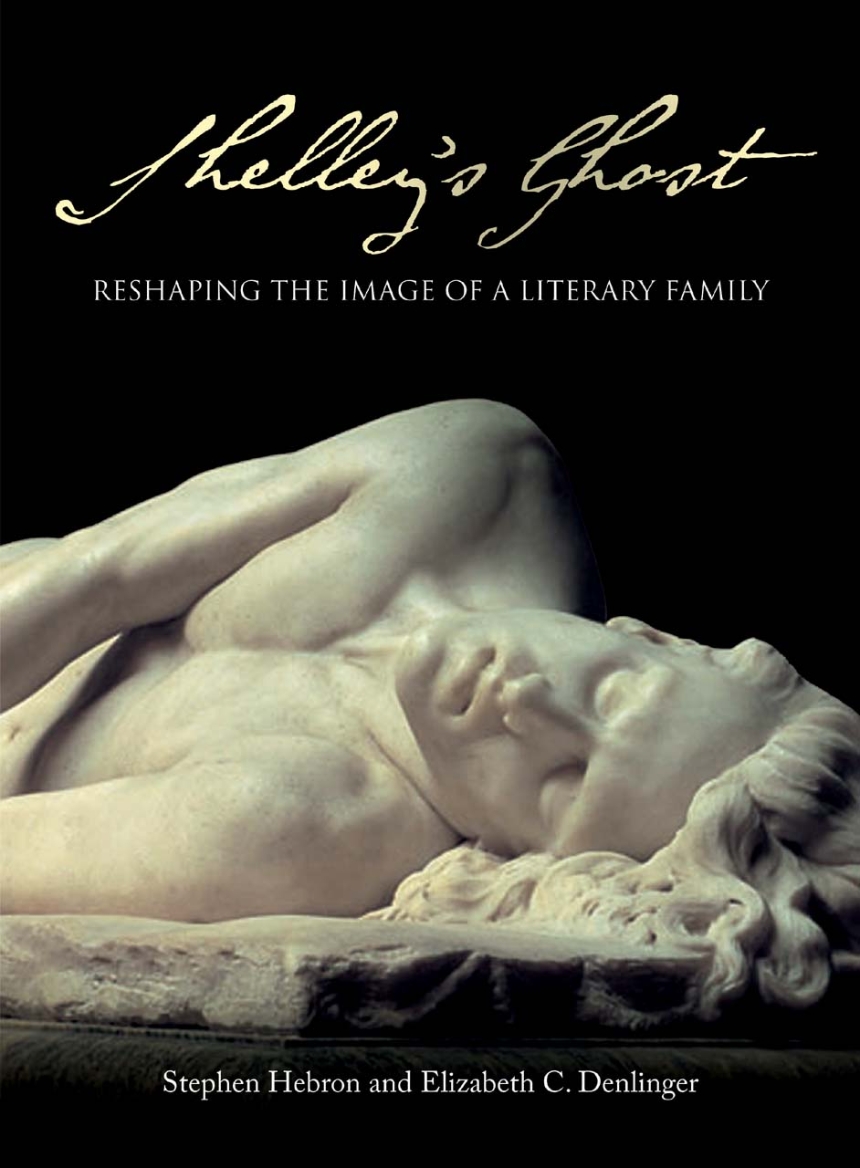 Reshaping the Image of a Literary Family

Reshaping the Image of a Literary Family

It is difficult to think of a family more endowed with literary genius than the Shelley family—from the Romantic poet Percy Bysshe Shelley and his wife, novelist Mary Shelley, to Mary’s parents, William Godwin and Mary Wollstonecraft—all were authors in their own right. Using extensive archival material, Shelley’s Ghost explores the making of this remarkable literary family’s reputation.

Drawing on the Bodleian Library’s outstanding collection of letters, poetry manuscripts, rare printed books, portraits, and other personalia—including Shelley’s working notebooks, Keats’s letters to Shelley, William Godwin’s diary, and the original manuscript of Mary Shelley’s Frankenstein—Stephen Hebron charts the history of this talented yet troubled family. After Percy Bysshe Shelley’s drowning in 1822, Mary published various manuscripts relating to both her husband’s and her father’s lives, and passed this historical legacy to her son, Sir Percy Florence Shelley and his wife, Lady Jane Shelley. As guardians of the archive until they bequeathed it to the Bodleian in 1892, Sir Percy Florence and Lady Jane helped shape the posthumous reputations of these writers. An afterword by Elizabeth Denlinger of the New York Public Library offers an additional perspective, exploring material relating to the Shelley family that slipped beyond the family’s control.

An unparalleled look at one of the most significant families of British Romantic literature, Shelley’s Ghost will be welcomed by scholars and the many fans of this enduring literacy legacy.

1. Shelley and Oxford
2. William Godwin and May Wollstonecraft
3. Godwin and the Shelleys
4. Shelley’s Notebooks
5. Frankenstein
6. Shelley’s Death
7. The Family Papers
8. The Shelley Sanctum
9. Sparks and Ashes by Elizabeth C. Denlinger