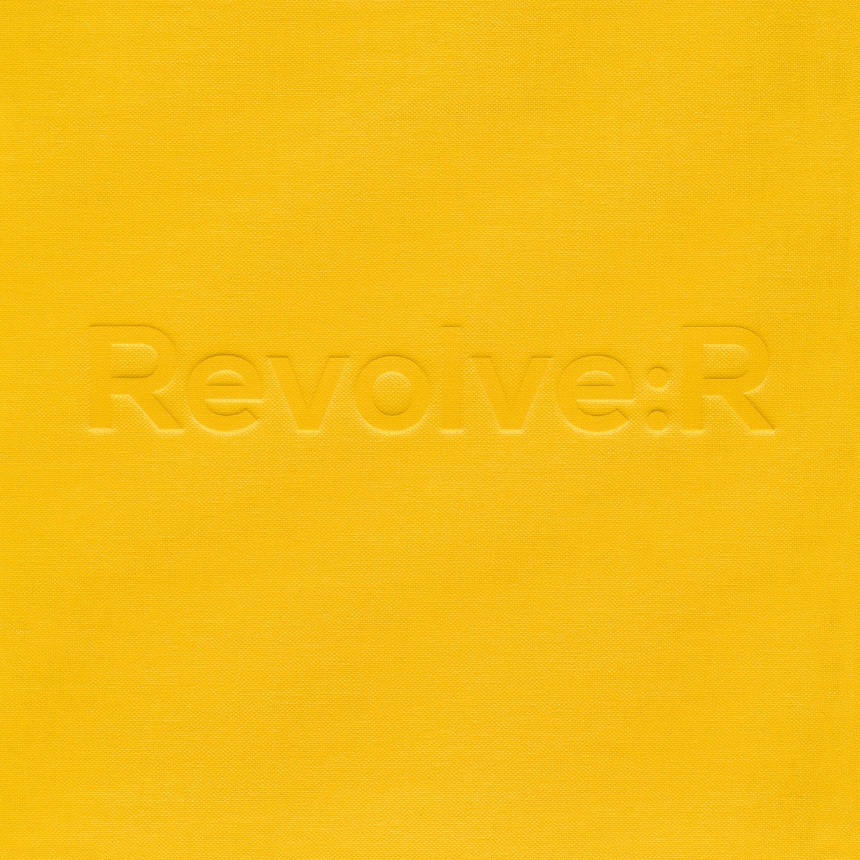 Revolve:R is a unique multidisciplinary artistic collaboration,initiated in 2011 by Sam Treadaway and Ricarda Vidal, in which contemporary artists produce completely original artworks, poetry, film, soundscapes and music in response to a series of visual prompts. In this project, an artwork  image is sent to artists across the world with an invitation to respond with a work of their own. After each artist has submitted a response, a second image is produced and returned to all participating artists as a remix, edit, and synthesis of the collected artwork material. The process is repeated six times, producing the six chapters (or Revolves) of this lavishly produced, limited-edition bookwork. Focusing on experimentation and exchange, the project models communication between international arts communities and transcends geographic and linguistic boundaries. It is a beautiful example of the power of collaborative practice, a vehicle for new artistic dialogue, and an artwork in its own right.

In this edition, the images produced through each Revolve are also sent to artists working outside visual media, creating a ripple-effect as musicians, sound artists, and filmmakers respond with their own pieces. These films, musical compositions, and soundscapes will be available in a disc accompanying each book and online.

"An exciting third edition of Revolve:R, that continues to create a valuable platform for the exploration of ideas, collaborative working and cultural exchange."