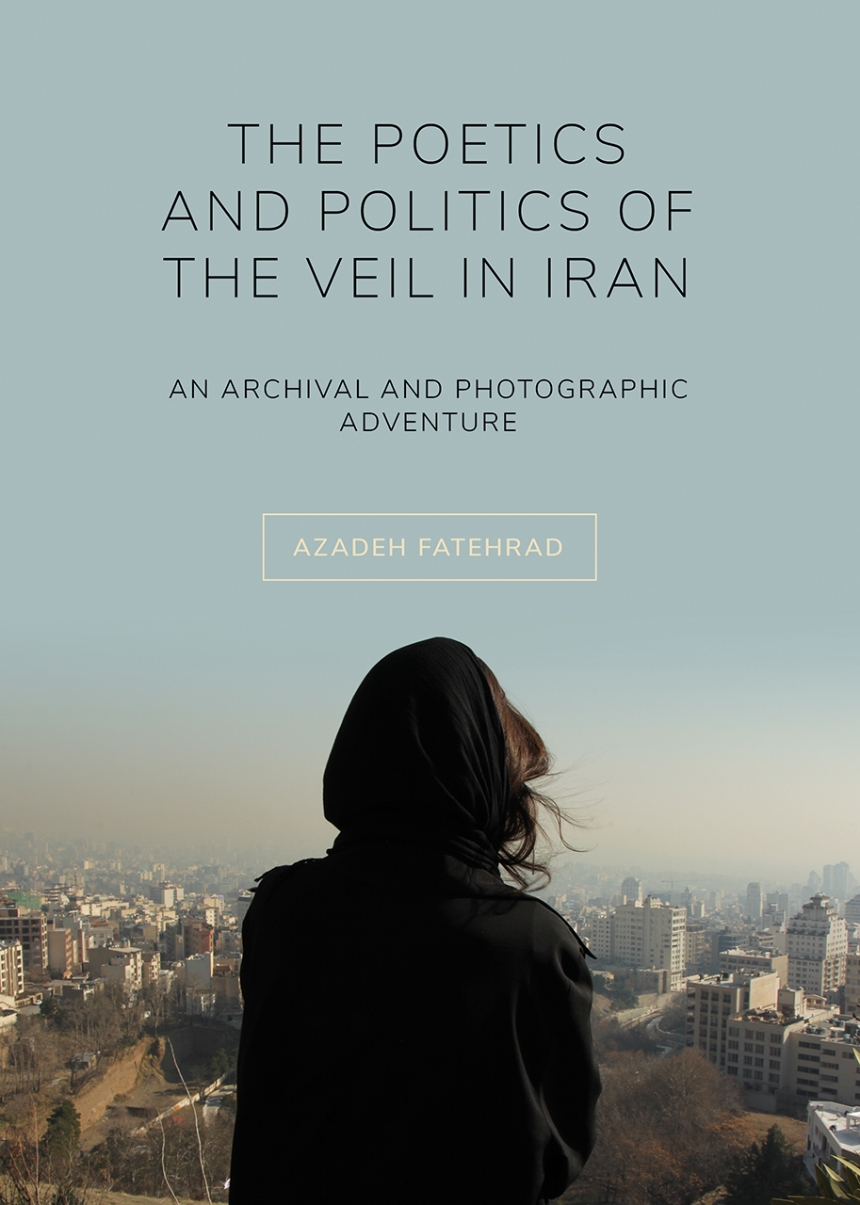 The Poetics and Politics of the Veil in Iran

An Archival and Photographic Adventure

The Poetics and Politics of the Veil in Iran

An Archival and Photographic Adventure

This volume explores the lives of women in Iran through the social, political, and aesthetic contexts of veiling, unveiling, and re-veiling. Through poetic writings and photographs, Azadeh Fatehrad responds to the legacy of the Iranian Revolution via the representation of women in photography, literature, and film. The images and texts are documentary, analytical, and personal.

The Poetics and Politics of the Veil in Iran features Fatehrad’s own photographs in addition to work by artists Hengameh Golestan, Shirin Neshat, Shadi Ghadirian, Abbas Kiarostami, Mohsen Makhmalbaf, Adolf Loos, Gaëtan Gatian de Clérambault, and Alison Watt. In exploring women’s lives in post-revolutionary Iran, Fatehrad considers the role of the found image and the relationship between the archive and the present, resulting in an illuminating history of feminism in Iran in the twentieth and twenty-first centuries.

"Fatehrad does more than provide an archival view and photographic analysis of the significance of the veil in Iran. Rather, she takes the reader on an adventure—one I would like to call 'an experimental journey.' . . . This book is a welcome addition to current scholarship on the topic of veiling in Iran as its main contribution is the examination of the cultural productions on the topic of veiling. In that sense, Fatehrad’s book is suitable for adoption in humanities and social science courses dealing with women’s rights and the question of veiling in Iran and the Middle East. Although the book will be of significant interest to students of Iranian studies, it can also be of interest to those concerned with the significance of the veil generally."

"The book delves into a multitude of topics, including waves of feminism in Iran, photography, film, and the societal standards the veil has placed upon women. Fatehrad focuses on the act of 'veiling, unveiling, and re-veiling' and how the veil has become a metaphor for women in Iran. Throughout her book, Fatehrad places her own photographs, stills from female-directed Iranian films, and images of Iranian women in daily life, protest, and history. The veil exists in a myriad of forms throughout the book, and while remaining the same in its material state, it possesses different meanings and objectives for women in Iran that Fatehrad analyzes in detail."

"This refreshing and evocative book brings new light to the study of how women in Iran are represented at home and abroad. Tracking images of Iranian women in photography, film, poetry, fiction and philosophy, Azadeh Fatehrad locates the experience of state-mandated unveiling and veiling within the spaces of the home and society, revealing how changes to the urban fabric coalesce with new veiling regulations to foster and inhibit access to public life for women in Iran. Bringing her own artist's eye to the subject, Fatehrad explores how visual behaviours of looking and averting the gaze--often indiscernible to outsiders--are learned, imposed and resisted by women and men across the generations and across the political spectrum."

"Fatehrad shares her research with great sincerity. Her book gives a rare glimpse into some of the day-to-day affairs of Iranians, and this is a very welcome addition to the growing literature about the country."