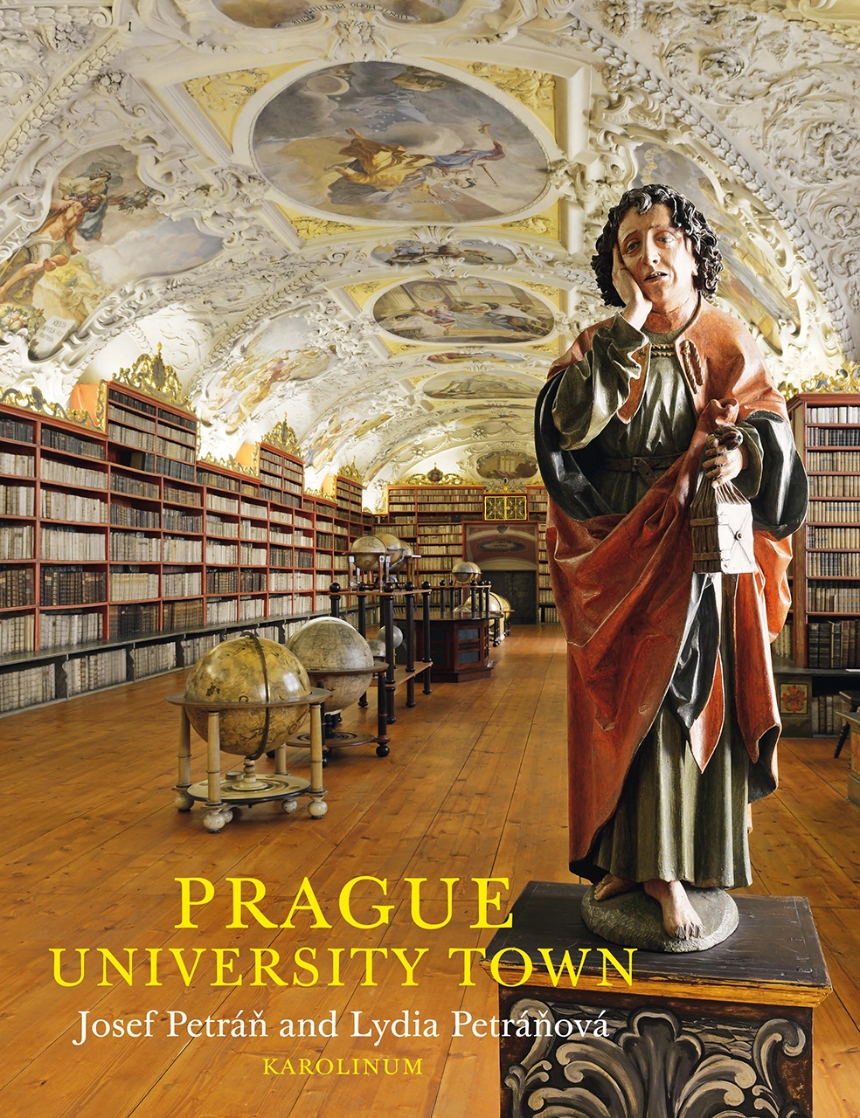 Translated by Ian Finlay Stone
Prague has been a center of university education for centuries, and in this book, Josef Petráň and Lydia Petráňová guide us through the history and architecture of Prague’s diverse universities, enlightening us about academic life and the integral role played by the universities in the social and cultural life of the Czech capital city.

Prague’s rise as the ultimate university town began on April 7, 1348, when Charles IV, King of Bohemia and Holy Roman Emperor, founded the first institution of higher education north of the Alps and east of the Rhine. During the second half of the sixteenth century, Charles University faced competition with the opening of the Jesuit Academy at Klementinum—until the two institutions merged in 1654. In 1718 the world’s first civil engineering school, which later became Czech Technical University, opened. At the very end of the nineteenth century, the foundations of the Academy of Fine Arts were laid in Prague, and later it was supplemented by the University of Decorative Arts. In the decades following World War II a growth of interest in higher education raised the number of universities in Prague to a total of nine.

Prague: University Town explores all of them. Illustrated in color throughout with images that span from the gothic arches of Charles University to the technicist and brutalist structures of the Czech Technical University, this book is both a celebration of universities’ architectural beauty and a thorough history of higher education in the home of Central Europe’s oldest university.

“Valuable to scholars . . . and [with] gorgeous illustrations. . . . Perhaps it’s time to start your own collection.”

Slavic and East European Journal, on the Prague series