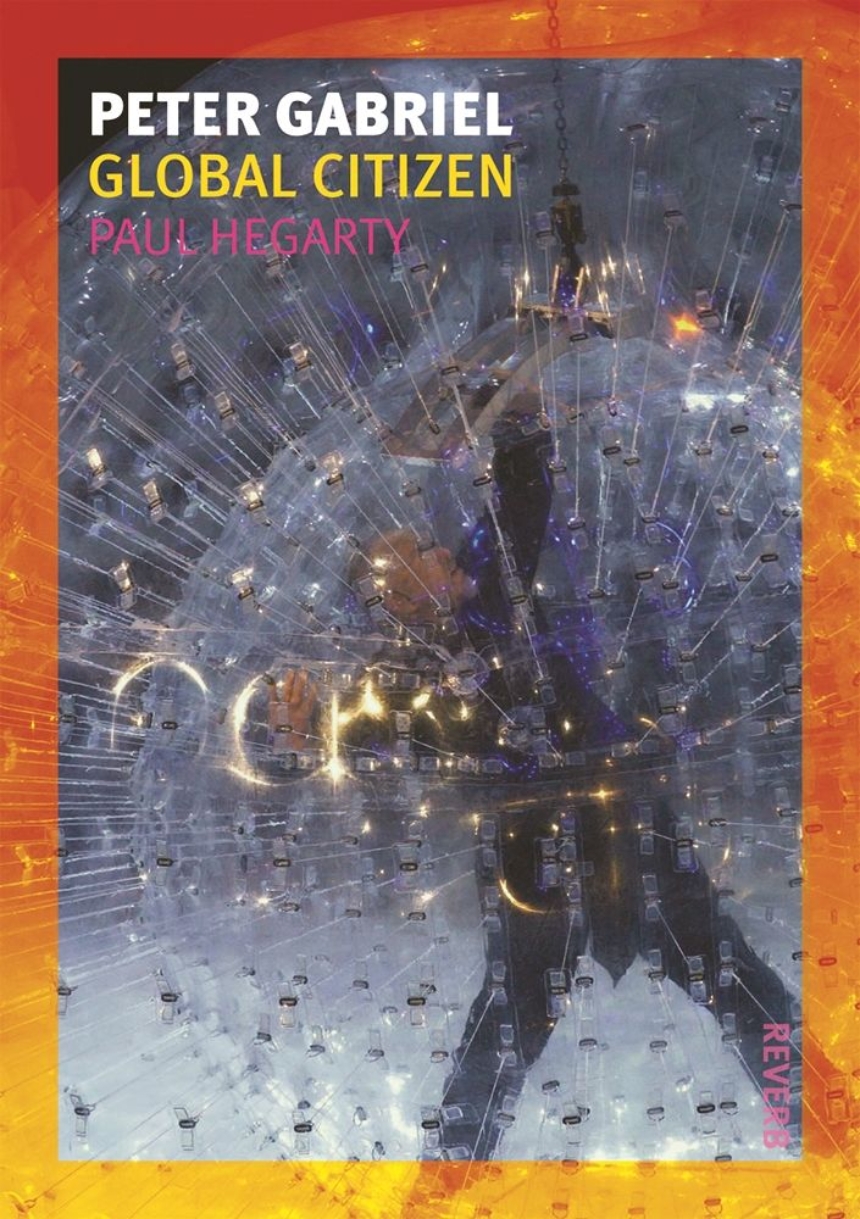 Peter Gabriel is one of contemporary music’s great experimenters. From his work in the progressive group Genesis, through his pioneering solo albums, to his enthusiastic embrace of world music and new technologies, Gabriel has remained steadfast in his commitment to redefining music’s boundaries and influence—geographical, virtual, and thematic.

Peter Gabriel offers nuanced and trenchant insight into this enigmatic, questing musician and his works, into an artist whose constant traveling—through identities, influences, and media—defines him as one of modern culture’s truly global citizens. At the heart of Paul Hegarty’s analysis is the idea of locatedness: what it means to be in a specific place at a given time, and to reflect on that time and the changes which inevitably occur. Gabriel’s work, Hegarty argues, can be understood as a series of reflections on the “where” of being—a facet of existence that spans everything from politics to psychology, philosophy, psychogeography, and inward reflection.

“So much more than a biography of the Genesis founder and world music pioneer, Hegarty’s study focuses on Gabriel’s art taken as a whole, and what it tells us about being in a particular place at a particular time, be it Seventies England, Eighties New York, or the global mixing pot of Womad.”

“Peter Gabriel: Global Citizen is frequently fascinating; there is time to assess the value of hybridity in Gabriel’s work, but also to suggest that Back in NYC is ‘closer to Suicide’s first album of pulsing electro punk.’ Hegarty’s assessment, too, that Gabriel’s 1992 album, Us, aligned itself to the post-rock movement is astute . . . Peter Gabriel’s work, like that of peers David Byrne, Brian Eno, and Robert Fripp, calls out for professorial analysis, and Hegarty delivers, never losing sight of accessibility, with spotless references and a deep understanding of the music and artist.”

"The key to understanding progressive rocker Peter Gabriel, first as frontman of Genesis, later as solo artist, is through what author Hegarty calls 'locatedness,' that sense of time and place that begins with Gabriel’s early years in a southern England, through his fascination with America, and later in his embrace of and contribution to world music. Canadian example: the final performance of Gabriel’s Rock Paper Scissors tour with Sting came a month after the 2016 Brexit vote. During this concert, Gabriel sang 'Dancing with the Moonlit Knight,' the first track on Selling England by the Pound, his first live performance of a Genesis track since 1982. Hegarty . . . believes Gabriel’s choice referenced Britons’ impossible dream of returning to a mythic Albion where peace and prosperity reign."

"[An] erudite analysis of Peter Gabriel’s work. . . . Fans of Gabriel’s songs will find much that is thought-provoking and insightful. Songlines readers will be particularly interested in the three chapters which address Gabriel’s interest in world music. . . . Examining Gabriel's role in WOMAD and the Real World label and his own collaborations with musicians from outside the Western pop music tradition, such an Youssou N’Dour or Nusrat Fateh Ali Khan, Hegarty covers such key ethical issues as appropriation, authenticity, hybridity, exploitation, and patronage with sensitivity and an admirable objectivity. His conclusion that Gabriel is an entirely positive model is just as it should be."