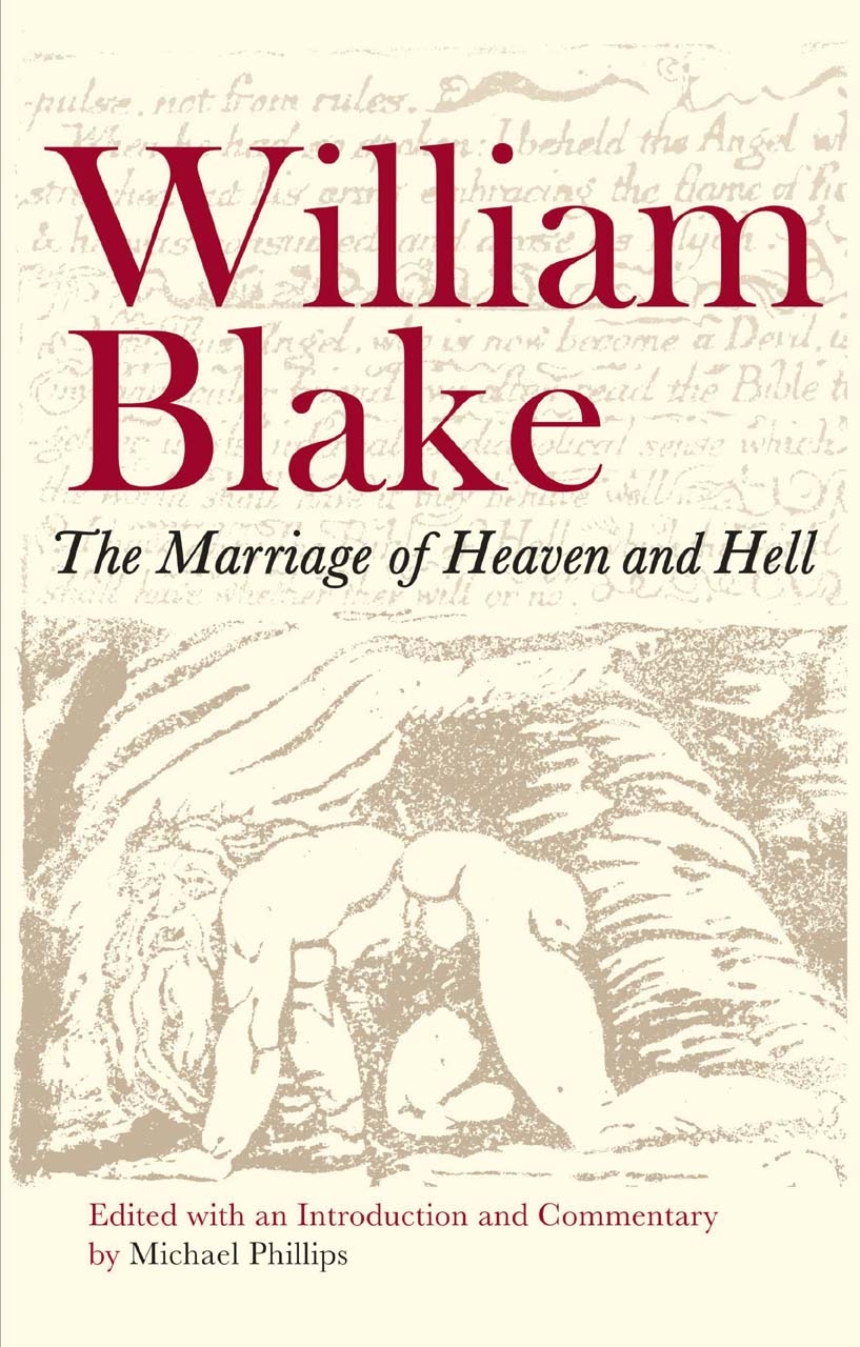 The Marriage of Heaven and Hell

The Marriage of Heaven and Hell

Edited with an Introduction and Commentary by Michael Phillips
No work has challenged its readers like Blake’s The Marriage of Heaven and Hell. Blake’s “Proverbs of Hell”—by turns iconoclastic, bizarre, and unprecedented—have been employed as the slogans of student protest and become axioms of modern thought. Most extraordinary, though, is the revolutionary method Blake employed in making the physical book. The Bodleian Library holds one of the first copies that Blake printed using a technique he called "illuminated printing," and it is the only work in which he signifies its importance.

This new facsimile edition of The Marriage of Heaven and Hell includes a plate-by-plate guide to the texts, interlinear figures, and larger designs in a commentary accompanying the transcript of each reproduced plate. Drawings from Blake’s manuscript notebook, which were used as a basis for the designs, as well as working proof impressions, are also included, demonstrating the evolution of the work. This edition also reproduces a single plate from each of the other eight surviving copies, revealing how over a period of more than thirty years Blake altered the way he finished each copy. An introduction explores the book’s literary and historical background, Blake’s printing process, and the book’s anonymous initial publication.

This expertly edited work is available for students and scholars in paperback and for collectors in a special hardcover edition. Both versions allow Blake’s vision to reassert its breathtaking power.

“A leading American Blake scholar once described the prospect of editing The Marriage of Heaven and Hell as ‘a swamp filled with gators;’ Michael Phillips has navigated his way with great skill through the problems of chronology, textual unity, technique, contemporary context and significance of Blake’s strikingly witty, sardonic, quirky, cryptic product of his unique combination of text and illustration in his illuminated books. As well as the facsimile of Copy B, one of the earliest of the nine known copies of the book, there are twenty-one valuable supplementary color plates of comparable pages from other copies, including a full run of Plate 14 as it occurs in the nine copies produced between 1793 to the year of his death, 1827. The detailed commentary discusses both text and illustrations, and in the case of the illustrations is most helpfully accompanied by appropriate details from Blake’s designs.” — Martin Butlin, editor of The Complete Paintings and Drawings of William Blake

“This edition of one of Blake’s most potent and provocative books will give great pleasure both to Blake enthusiasts and to those new to his work.”

“This is an excellent scholarly edition of one of Blake’s most fascinating works, likely to become the defining text for generations to come. No one knows as much about Blake’s work in this period as Michael Phillips and he uses his knowledge of the text, its context, and Blake’s printing techniques to open up the question of what Blake thought he was doing with The Marriage of Heaven and Hell.” —John Mee

The Marriage of Heaven and Hell
Transcript
Commentary